The Rozsa Center is pleased to present an evening of warmth, holiday cheer, and storytelling by the tour of Public Radio International’s hit radio show “Selected Shorts” at 7:30 p.m. Saturday (Dec. 7).

Selected Shorts, a weekly public radio broadcast, has a simple approach: great actors read great fiction in front of a live audience. The acclaimed national radio program airs on 150 public radio stations in 29 states, attracting over 300,000 listeners each week through the live 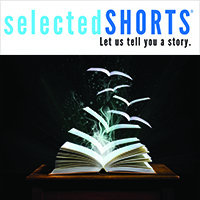 show and podcast. Featured actors include Mike Doyle, Boyd Gaines, and Kirsten Vangsness. Part of this special evening of storytelling will include a showcase reading on stage by one of the featured actors of a local writer’s “UP Winter Story” who is the winner of the “Selected Shorts Story Contest.”

Boyd Gaines is a four-time Tony Award-winning actor for his roles in The Heidi Chronicles, She Loves Me, Contact, and the 2008 revival of Gypsy. Additional Broadway credits include Cabaret, Twelve Angry Men, Journey’s End (Tony nomination), Pygmalion, Driving Miss Daisy, and An Enemy of the People. He has also appeared in numerous films, including Fame; Porky’s; The Sure Thing; I’m Not Rappaport; Lovely By Surprise; No Pay, Nudity; and The Independents. His television credits include One Day at a Time, L.A. Law, Fraser, The Good Wife, and American Odyssey. Gaines can currently be seen in the film The Goldfinch.

Kirsten Vangsness is best-known as Penelope Garcia on the CBS drama Criminal Minds; however, she can be found in other places, including a few podcasts (Selected Shorts and Voyage to the Stars), the film noir spoof Kill Me Deadly, and Curtains, the animated short she created, which will be released in 2020. She was nominated for Playwright of the Year by LA Weekly and is a company member of Hollywood’s Theater of NOTE. Vangsness recently returned from the Edinburgh Festival Fringe, where two of her plays, Mess and Cleo, Theo and Wu, were performed at Assembly Rooms. In her spare time, Vangsness buses tables at the Blinking Owl Distillery, which she co-owns, in Santa Ana.

To enhance the holiday mood of the evening, a handbell choir will play in the Rozsa lobby prior to the show. Tickets to Selected Shorts are on sale now: Adult: $22.00, Youth: $10.00, and Michigan Tech Students at no charge with Experience Tech Fee. Tickets are available by phone, (906) 487-2073, online at mtu.edu/rozsa, in person at the Central Ticketing Office in the Student Development Complex, or at the Rozsa Box office the night of the show. Please note the Rozsa Box Office is only open two hours before performances.

This event is made possible with funding from the Michigan Council for Arts and Cultural Affairs and the Crane Group.