Suspicious Mammograms: Taking the Guesswork Out of Elastographic Ultrasounds

Jingfeng Jiang is the principal investigator on a project that has received a $450,187 research and development grant from the National Institutes of Health, “Elastography-Based Analytics for Benign and Malignant Breast Disease.”

Ultrasound elastography is used to pinpoint possible tumors and differentiate malignant, cancerous growths from benign lesions throughout the body, including in the breast. “Cancer tissues are stiff, and aggressively change their surroundings,” says Jiang, an associate professor of biomedical engineering at Michigan Tech.

“Ultrasound elastography uses imaging to measure the stiffness of tissue. Depending on who does the reading, the accuracy can vary from 95 percent to 40 percent,” Jiang says. “Forty percent is very bad—you get 50 percent when you toss a coin. In part, the problem is that ultrasound elastography is a relatively new modality.”

Ultrasound elastography could be an excellent screening tool for women who have suspicious mammograms, but only if the results are properly interpreted. Jiang’s research team, along with Zhengfu Xu, assistant professor of mathematical sciences, will use their graphics processing unit (GPU) to perform advanced processing of raw ultrasound data so physicians can use that information in their clinical workflow. “Mainly, radiologists will use our software together with ultrasound elastography and ultrasound for diagnosis,” says Jiang. “Our goal is to greatly reduce the guesswork.” 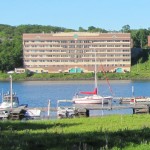 Jeremy Goldman (BE/IMP) is the principal investigator on a research and development project that received a $442,004 grant from the U.S. Department of Health and Human Services, National Institutes of Health. The two-year project is titled, Biodegradation Mechanism and Rate, Biocompatibility, and Toxicity for Novel Zn-Mg Stent Materials. Also working on the project are Jaroslaw Drelich (MSE) and Feng Zhao (BE).

Rupak Rajachar (Bio Med) is the primary investigator of a project that is the recipient of a $326,346 research and development grant from the U.S. Department of Health and Human Services – National Institutes of Health.
The project is Adhesive PEG-Fibrinogen Nitric Oxide Releasing Hydrogetls for use as a Wound Healing and Tissue Engineering Support. Also working the project is Bruce Lee (Bio Med, and Megan Frost (Bio Med). 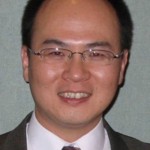 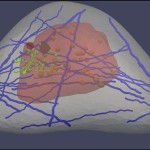 Next to lung cancer, breast cancer is the leading cause of cancer death in women, according to the American Cancer Society. That’s why so many medical professionals encourage women to get mammograms, even though the tests are imperfect at best: only a minority of suspicious mammograms actually leads to a cancer diagnosis.
That results in lots of needless worry for women and their families—not to mention the time, discomfort and expense of additional tests, including ultrasounds and biopsies.
MORE

Title: “Development and Characterization of Magnesium-Neodymium Alloys for Biomedical Applications”
The aim of the presented study is to investigate and demonstrate the potential of neodymium additions as a substitute for rare earth (RE) misch-metal in magnesium alloys for biomedical applications. Here, the alloys LAE442, LANd442, ZEK100, ZNdK100, and Nd2 were manufactured and processed to evaluate their material characteristics in different states and to investigate the effects of Nd additions. To determine the mechanical characteristics of these alloys, tensile tests were initially carried out in the hot extruded state. Subsequent T5- and T6-heat treatments were con-ducted to reveal their effect on the alloys’ strength and elongation values. The general degradation behavior of the alloys in a 0.9% NaCl solution was investigated by means of polarization curves and hydrogen evolution. In addition, by using various in-vivo-parameters, a corrosion environ-ment was established to determine the alloys’ degradation in vitro. Comparing LAE442 and LANd442, a lack of corrosive stability could be ob-served while the mechanical strength remained constant in the latter alloy’s Nd substitution for the RE mischmetal. A contrary effect was deter-mined for the alloy ZEK100 compared with ZNdK100. In both substitutional approaches, heat treatment procedures could not align the substi-tutes’ material properties with the educts’ material properties. However, in the case of Nd2, which was initially chosen as relevant alloy to deter-mine the effects of Nd on Mg in a simple binary composition, excellent ductility and corrosion properties could be observed. This makes the alloy a promising candidate for use as resorbable implant material, especially in the field of stenting applications. Here, the enormous increase of duc-tility, promoted by an advantageous microstructural behavior under loadings, could be attributed to additions of Nd.

Biography: Within the past 5 years, Dr. Seitz has worked as a PhD Student and Scientist at Leibniz Universität in Hannover, Germany, with a focus on lightweight materials research and biomedical engineering applications. He developed process chains for resorbable Mg-implant applications such as stents, intramedullary nails, and sutures. This work included basic processes such as casting, hot-extrusion, heat treatment, drawing and coating procedures, as well as many analytical processes. The impact of different alloying elements on the mechanical and corrosive behavior of Mg in different conditions was one of the biggest challenges in this context. Besides the development of promising biodegradable Mg alloys, he also worked on the manufacture of thin wires from magnesium by means of extrusion and drawing processes. During an overseas stay at The University of Auckland, he developed polymer and ceramic based coatings for medical applications with magnesium and analyzed their structural behavior in a corrosive environment.