The School of Business and Economics will host its first brown bag lunch research seminar of the semester on Thursday, September 15 at 12:00pm in Academic Office Building 101.  Dr. Tom Merz and Professor Russ Louks will present their exciting new study.

Title: Scorecasting: A Laboratory Experiment of the Framing Effect on Risky and Safe Choices in a Strictly Competitive, Repeatedly Played 2X2 Game.

The experiment consists of two players (subjects) playing repeated rounds of a “simple” game involving binary choices for each player.  The game is one of pure conflict – constant sum, with each round having only one winner.  Players choose simultaneously – without knowledge of the choice of his or her opponent.  The stage game has a unique Nash equilibrium in mixed strategy (the minimax solution).  With two players each making one of two choices, each round has four possible choice combinations.  Once each player makes a choice, the winner of a round is determined by a random draw, with the odds of winning being dependent on the choice combination. 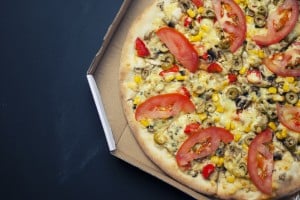