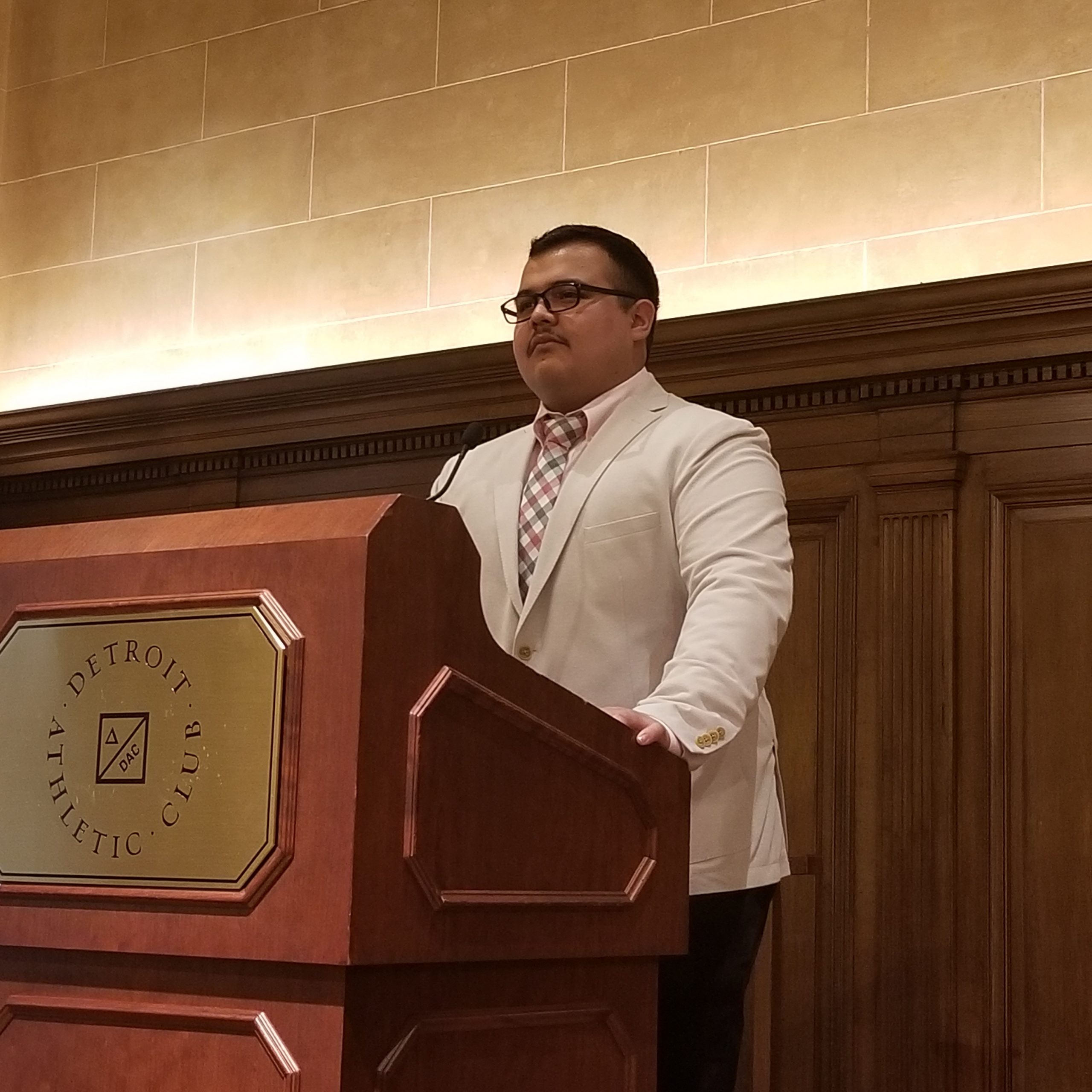 Having grown up in Detroit, Michigan, Marco Marquez felt ready for the natural, rugged beauty of the Keweenaw Peninsula. The unique location, along with Michigan Tech’s STEM focus, led him to enroll in engineering management.

Since starting at Michigan Tech in the fall of 2019, Marco has adjusted and loves his second home. At first, he wasn’t sure what to expect and found it difficult to leave behind access to shopping, family, and friends. However, he says that meeting new friends and exploring the Upper Peninsula made the transition to college easier than expected.

Marco has enjoyed getting to know students from other cultures and connecting through language. As a bilingual student, Marco finds language to be a starting point in learning about other people. Of his new connections, meeting a fellow Husky from Spain in Intro to Finance has been one of the most rewarding. He finds that collaborating on homework in Spanish to be a helpful way to continue using his second language.

Joining student organizations has also helped Marco gain new perspectives. One impactful experience was visiting Chicago with the Society of Hispanic Professional Engineers to speak with pre-college students in primarily Hispanic schools. The group encouraged students to think about their lives after high school and the opportunities that are available to them in STEM and college. Marco also traveled to Minneapolis with the Accounting Club, which prompted his decision to switch majors to accounting and finance. He is also a member of the Society of African-American Men, which participates in community service activities on campus.

In his first year at Michigan Tech, Marco’s vision for his future has evolved. Initially, his goal was to get a degree and a well-paying job to help support his family. Since then, he has learned to aim even higher. Marco now aspires to create his own company in the automotive industry, where he will work to make travel easier, faster, and more affordable. He would also love to use his passion for language to connect with others while undertaking this journey.

Marco credits his growth to the encouraging culture at MTU, and wants to let other students know that stepping outside their comfort zone just might change their perspective for life.

One response to “My First Year at MTU: Marco Marquez”