In the competition, contestants have a limited time (like on an elevator ride) to sell a concept to someone who doesn’t have previous knowledge about their business. A 90-second time limit is placed on the competitors, who will also be competing for second ($500), third ($250), and audience-favorite ($200) prizes. Please join students, faculty, staff, and community members for this year’s event. You won’t be disappointed!

If you are interested in participating in this event, review the EPC Information and Rules or download the 2012 Bob Mark Elevator Pitch Competition Judge’s Score Sheet. To participate, attend an information session (the next one is scheduled for Tuesday, October 30th at 6pm in Fisher 139) and contact Travis: twbeauli@mtu.edu with any questions.

At the Bob Mark Memorial Elevator Pitch Competition at Michigan Technological University on Nov. 14, 2011, students had three minutes to sell their next great business idea to a panel of judges. The pitches were as wide-ranging as they were clever.

Placing first–and winning the $1,000 top prize–was AsfalisMed, the creation of Travis Beaulieu and Joel Florek. Beaulieu is an applied physics major with a concentration in entrepreneurship and a minor in mathematics. Florek is a first-year engineering student and a member of the Pavlis Institute for Global Technological Leadership. Their business would put everyone’s medical information on wallet-sized identification cards.

“We started with a USB drive,” Florek said, “before we moved on to student IDs. We’ve been working on it every night for a long time.”

“Yeah, we’ve been diligent,” Beaulieu agreed. “And we are going to present it to 10 other campuses across the nation.”

AsfalisMed also is a semifinalist in the statewide Accelerate Michigan innovation competition taking place in Ypsilanti, Mich., this week.

David Shull took home second place and $500 with his business, Picket, a textbook rental operation. His idea differed from similar current operations in one significant way.

“It’s peer to peer,” he said, “students working directly with other students. Using a QR code [scanned by their cellphones], they can make a connection in 30 seconds to a minute.”

Shull said his business would profit by getting a service fee, similar to eBay and PayPal. He said students would also be able to recover all their costs.

“A bracelet would turn off the devices—hair dryers, electric blankets, portable heaters—if the person moved more than 50 yards away,” Dancy said.

By their calculations, they could sell the item and show a 40 percent return on each sale.

It was the first elevator pitch competition named for the late Bob Mark, the Michigan Tech School of Business and Economics professor who started the competition in 2007.

In a packed lecture hall at Michigan Technological University, future entrepreneurs were strutting their elevator pitches in an annual competition to see who could best sell their business plan in three minutes or less–the average time it takes to ride an elevator.

It was fast, furious, fun and financially rewarding for some.

Master of Ceremonies Bob Mark, professor of practice in Michigan Tech’s School of Business and Economics, kept the pace quick, and the only pauses came between speeches, while the judges voted.

The pitches were as diverse as they were captivating.

Michael Pelletier was hawking Metro Safety Products, a GPS-based system for tracking school buses and the children who ride them, so mom and dad can monitor their progress from home. That way, Junior doesn’t have to go to the bus stop too early, and his parents and school personnel can rest a little easier, knowing exactly where he is located.

Beyanka Sutton and Emerald Gary promoted Essence of Ebony, while they rode with Professor Mark on the “elevator” at the front of the room. Their idea? To create a mobile hair salon for women of color in the UP, since existing services tend to be too expensive and too hard to find. Mark sounded sold on the idea, saying: “Why don’t we talk, ladies.”

A local high school student even tried her hand. Whitney Crist, a senior at Hancock High dual enrolled at Michigan Tech, presented the Whipper Snacker, a program to teach young children about entrepreneurship by training their parents to help. Crist also presented one of the potential products, chocolate chip cookies, to the judges for sampling.

As hard as the judges’ task was, they had to determine winners, in addition to the Audience Favorite Award, which went to Bobby Cheesman and Dan Madrid. They “created” Tasty Tape, an edible adhesive to keep food like tacos and burgers from falling apart, replacing the ubiquitous toothpicks. They had a little help: their fraternity, Sigma Tau Gamma, was present in full force.

Third place in the judging went to Yooper T’s, by Shawn Peterson and Ibrahim Ndaou. They proposed creating shirts on demand for tourists in the UP, initially based on the CDs by the musical group, Da Yoopers. They would expand to create shirts for events such as Winter Carnival and the Professional Road Rally: unique, one-of-kind keepsakes. They took home $250.

The runners-up, who won $500, were Alex Cotton and Connor Callihan, with EZ Locks. This iPhone-triggered system allows someone with arms full of groceries, as demonstrated by Callihan, to unlock the front door without spilling the sacks. Their slogan: “Coming home every day should be EZ.”

Top winner was Jess Tompkins, with her Two Bows business: affordable hunting apparel for women. “With a bow in the hand, and one in your hair, you’ll look good anywhere,” she proclaimed. She said she was inspired by hunting trips with her dad, starting when she was in diapers, and by years of seeing women wearing unflattering clothes on hunting trips.

“I’ve already talked to a manufacturer in Virginia,” she said as she spoke of rolling out initial offerings of camouflage shirts, winter and fall jackets, and some “flannel that is really warm but never looks right on women.”

She pocketed ten $100 bills (with Ben Franklin on them looking encouraging), and as the winners gathered on the podium afterwards, one of her fellow students shouted, “Hey Jess, are you taking us all to Applebees?”

She seemed to have bigger and and more entrepreneurial plans for the money.

Read this story on the Michigan Tech News website. 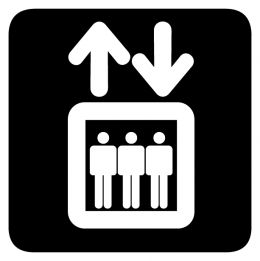 Students in the School of Business and Economics will do just that at the 2010 Michigan Tech Elevator Pitch Competition this Thursday night, November 18, at 6:00 p.m. in Fisher 135. Thirteen teams will come together, in a battle of creativity, drive, and persuasive facts. Only one team will walk away with $1,000.00 in cash.

In the competition, contestants have a limited time (like on an elevator ride) to sell a concept to someone who doesn’t have previous knowledge about their business. A three-minute time limit is placed on the competitors, who will also be competing for second ($500), third ($250), and audience-favorite ($200) prizes. You can join students, faculty, staff, and community members for this year’s event. You won’t be disappointed! 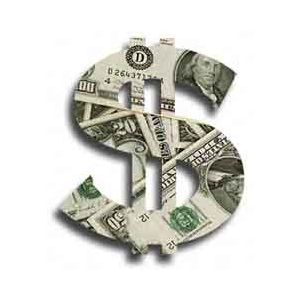 Enter to win up to $1,000 with your great idea! The third Annual Elevator Pitch Competition will take place on Tuesday, November 17, 2009. The competition will be held in Dow room 641 at 5:30 PM and is open to all Michigan Tech and Finlandia University students. First place will receive $1,000 cash, second place $500 and third place $250. This year we will be adding an additional $200 prize for crowd favorite. Bring all of your friends and relatives to vote for your team.

How can you enter?

All teams are required to submit a one page summary of their business idea via email to: remark@mtu.edu by midnight October 30, 2009. From the email submissions the preliminary judges will select the top 10 – 15 teams to go to the finals on November 17th. All teams will be notified November 5, 2009, if they have been selected to move on to the finals.

View the pitch that won in 2008, by Kyle Marsh and Lauralee Kroll on youtube.