Associate Professor Tim Havens received a $15,000 contract from MIT Lincoln Laboratory. Tim and his team will investigate signal processing for active phased array systems with simultaneous transmit and receive capability. While this capability offers increased performance in communications, radar, and electronic warfare applications, the challenging aspect is that a high-level of isolation must be achieved between the transmit and receive antennas in order to mitigate self-interference in the array. This is a half-year project. Timothy Schulz at ECE is the co-PI of the project. Excellent work Tim!

Sixteen young women interested in computing careers will be on campus tomorrow for the fifth Women in Computing Day Visit.

The day-long program is a joint recruitment initiative between undergraduate admissions, computer science and electrical and computer engineering and is designed to increase awareness in the breadth and depth of computing careers while increasing diversity on campus.

Students will work in teams and independently to program a 3D virtual reality scene, build a working heart rate monitor, create a hologram and learn about embedded systems and programming by using computer code to control a robot. They will also hear about computing majors and minors and have the opportunity to talk with current students and faculty to learn more about Michigan Tech. Programming for parents and family members is also scheduled throughout the day.

Women in Computing Day is held biannually and attracts prospective students from across the Midwest. The fall program is tentatively scheduled for Oct. 27.

When a user performs a search in social media, the request doesn’t stay within that platform. It calls upon the resources of a data center. “When someone sends a request to a data center, they want an immediate answer—they don’t want to wait,” Zhenlin Wang explains.

We designed upon open-source software and memcached that was adopted by Facebook and Twitter. They modified their approach to adapt to user demand. Our method beats their current practices.

Together with colleagues from Peking University, the University of Rochester, Wayne State University, and Michigan Tech, Wang looked to improve the internal structure,
theory, and algorithm of memory cache to make it more efficient.

This work is an offspring of his 2007 CAREER award.

“Currently, bulky disks store the data and are slow to react. When smaller, in-memory cache is used, the search is much faster,” he adds. “We designed upon open-source software and memcached that was adopted by Facebook and Twitter. They modified their approach to adapt to user demand. Our method beats their current practices,” Wang says.

“Imagine inviting 100 people over to your house for dinner, but only four will fit in your dining room. When we think about data resource management, it’s a similar scenario.” 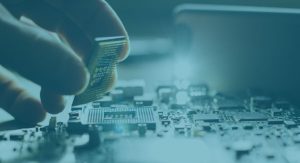 The ranking was part of an article on the Top 20 Undergraduate Software Engineering Programs.

Vehicle networks play an increasingly important role in promoting mobile applications, driving safety, network economy, and daily life. It is predicted there will be more than 50 million self-driving cars on the road by 2035; the sheer number and density of vehicles mean non-negligible resources for computing and communication in vehicular environments.

It is important to develop a better understanding of the fundamental properties of connected vehicle networks and to create better models and protocols for optimal network performance.

Equipped with a $221,797 NSF grant, Min Song is collaborating with Wenye Wang of North Carolina State University on “The Ontology of Inter-Vehicle Networking with Spatial-Temporal Correlation and Spectrum Cognition.” The pair are investigating the fundamental understanding and challenges of inter-vehicle networking, including foundation and constraints in practice that enable networks to achieve performance limits.

Vehicular communications are driven by the demands and enforcement of intelligent transportation system and standardization activities on DSRC and IEEE 802.11p/WAVE. Many applications, either time-sensitive or delay-tolerant, have been proposed and explored, including cooperative traffic monitoring and control, and recently extended for blind crossing, collision prevention, real-time detour routes computation, and many others. With the popularity of smart mobile devices, there is also an explosion of mobile applications in terrestrial navigation, mobile games, and social networking through Apple’s App Store, Google Play, and Windows.

A systematic investigation of connected vehicles will be done to gain scientific understanding and engineering guidelines critical to achieving optimal performance and desirable services. The merit of the project centers on the development of theoretical and practical foundations for services using inter-vehicle networks. The project starts from the formation of cognitive communication networks and moves on to the coverage of messages. The project further studies how resilient a network is under network dynamics, including vehicular movements, message dissemination, and
routing schemes.

The impact of the research is timely yet long-term, from fully realistic setting of channel modeling, to much-needed applications in vehicular environments, and to transforming performance analysis and protocol design for distributed, dynamic, and mobile systems. The outcome will advance knowledge and understanding not only in the field of vehicular networks, but also mobile ad-hoc networks, cognitive radio networks, wireless sensor networks, and future 5G networks.

Song’s work advances knowledge and understanding in the areas of wireless mesh networks, network optimization, information dissemination, and network performance analysis. Research findings allow the research community and network service providers to better understand the technical implications of heterogeneous networking technologies and cross-layer protocol support, and to create new technology needed for building future wireless mesh networks. The techniques developed in this project will have a broad impact on a spectrum of applications, including homeland security, military network deployment, information dissemination, and daily life. A deep understanding of interference and broadcasting will foster the deployment of more wireless mesh networks, and the development of better network protocols and network architecture. The problems studied are pragmatically and intellectually important and the solutions are critical to several areas such as modeling of wireless communication links, system performance analysis, and algorithms.