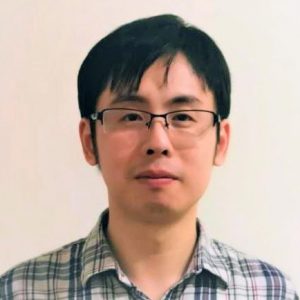 The Colleges of Computing and Engineering invite the campus community to a lecture by faculty candidate Chensheng Wu on Wednesday, March 4, 2020, at 3:00 p.m. in Chem Sci 101. (In the original announcement, the date of the talk was incorrect.) Wu’s talk is titled, “Design and implementation of computational optics: perception, control, and processing of light-field information and future challenges.”

Dr. Wu is an assistant research scientist in the Department of Electrical and Computer Engineering at the University of Maryland College Park, where he received a Ph.D. degree in ECE.  His doctoral thesis, “the plenoptic sensor,” was was awarded distinguished dissertation honors. Wu also has a B.E. degree in micro-electronics and B.S. in economy, both from Tsinghua University, Beijing, China.

The emerging field of computational optics is growing rapidly, and it constantly requires newer sensors and computational architectures to satisfy the exploding needs in data collection and processing. Many other research disciplines, such as machine learning, the internet of things, data privacy, and security have also added great challenges to the means of collecting, processing and transmitting data.

The concept of using special optical structures or coded lenses to perform the computation along with data collection, encryption or transmission is becoming a favorable solution in countless applications.

In his talk, Wu will discuss his recent work on the use of new computational optics hardware in solving difficult problems in wavefront sensing, adaptive laser beam formation and correction, imaging through turbulence, detecting hidden objects through scattering media, and space optics. He will discuss how these recent discoveries reveal the potential of specially designed optical structures for computing, and share examples of how future computational optics will take part in sensing, communication, and computation. Wu will conclude his talk with a monologue on predicting the future of computational optics.

Wu has also worked with the Naval Air Warfare Center Aircraft Division (NAWCAD) to configure a new approach to identify and profile hidden objects in murky water environments. He is recognized as a key contributor to NASA’s next generation lunar reflector (NGLR) task to put three new retro-reflectors on the Moon for lunar laser ranging experiments in the 21st Century. Wu is also a team member in the joint collaboration of the Lunar Geophysical Network.