The accolade highlights the talents and gifts that the men’s basketball players possess on the court, and the hard work they exhibit in the classroom, according to an Athletics department press release.

A total of six Huskies were named to the NABC Honor Court, listed below.

The Huskies men’s basketball team also earned the Team Excellence Award, holding a 3.4 grade-point average as a team. The award recognizes outstanding academic achievement by a team with a cumulative GPA of 3.0 or better for the 2019-20 season. Ferris State, Northern Michigan, and Wayne State were other schools from the GLIAC recognized.

The recipients must be junior or senior, hold a 3.2 GPA or higher at the conclusion of the 2019-20 academic year, must have matriculated at least one year at their current institution, and have an NABC member coach. More than 1,350 men’s basketball student-athletes across NCAA Division I, II, III, and NAIA Division I or II were honored. Northern Michigan and Parkside also had six players receive the honor to tie with Michigan Tech for the GLIAC lead.

Michigan Tech was 23-8 overall and 14-6 in the GLIAC in 2019-20, finishing second in the GLIAC North and third overall. The Huskies qualified for the NCAA Tournament for the 10th time in school history after winning the GLIAC Tournament Championship. 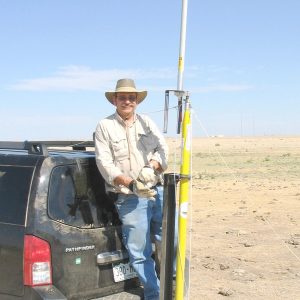 Professor Roger Kieckhafer was an inventor, engineer, researcher, educator, veteran and valued faculty member at Michigan Technological University. He died on Friday, July 17 in a tragic vehicle-bicycle accident. He was 69.

Roger received his Bachelor’s degree in nuclear engineering from the University of Wisconsin Madison in 1974 and earned his Master’s and PhD in electrical engineering from Cornell University in 1982 and 1983, respectively. The years between were spent in service to the United States Navy as a Nuclear Officer aboard the Trident missile submarine USS Abraham Lincoln. He also supervised the construction of the USS Indianapolis. His time in industry was also well spent, producing several patents that were licensed to Allied Signal, now Honeywell Corporation.

Roger was fond of classical music, particularly opera, and sang in the Copper Country Chorale, often accompanied by his daughter, Maggie, on organ. He also sang in the prestigious Pine Mountain Music Festival, including the premiere of the opera Rockland, based on the story of the 1906 miner strike in Rockland, Michigan.

Roger was instrumental in creating the computer engineering degree program at Michigan Tech. Working with Linda Ott in the Department of Computer Science in the College of Sciences and Arts, he bridged the gap between two departments in two separate colleges, crafting a program that educated hundreds—a new breed of engineer steeped in both worlds.

Even after the development of the computer engineering program, Roger’s collaboration with the Department of Computer Science continued. “We worked together on a strategic hiring initiative, multiple curricular issues, reorganization discussions and countless other issues,” said Dr. Linda Ott, Chair of the Department of Computer Science. “Roger was always supportive. He clearly believed that we would have stronger programs working together rather than competing.”

In the words of Computer Engineering faculty member Kit Cischke, “For Roger, it always boiled down to what was best for our students. The content of our classes. The things our students needed to know to get good jobs. The assignments. The kinds of things they needed to do in the real world. Students were forever contacting Roger after graduation, saying, ‘Thanks for teaching me that. I’m using it every day in my job.’”

As we move forward, his legacy will live on. As suggested by several people, a scholarship fund will be set up in Roger’s memory.

Roger’s obituary can be read here. 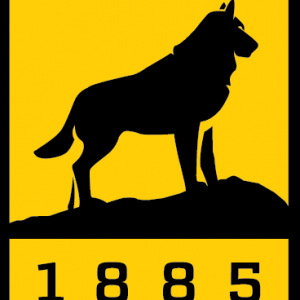 Michigan Tech was listed #17 among public institutions on the “The top 50 U.S. colleges that pay off the most in 2020,” published by CNBC.

CNBC Make It wants to help people get smarter about they you earn, save and spend money, according to their website. The website focuses on success, money, work and life, and provides information and inspiration to navigate big financial firsts: from landing your dream job, to starting a business, to investing in your future and leading a rich life. 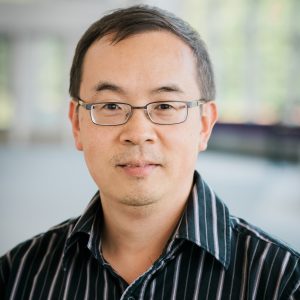 The Institute of Computing and Cybersystems (ICC) has announced the addition of the Computing Education Center (CEC). Professor Yu Cai, Applied Computing, is director of the new center.

“A special thanks to Yu Cai for stepping forward to lead this effort,” said Tim Havens, director of the ICC and associate dean for research, College of Computing.

“This has been discussed for a few years, and I’m excited about the group of people that has come together in this center,” Havens added. “I look forward to hearing about their successes.”

The ICC is funded in large part through returns on grant overhead and expenditures (F&A). Commonly called IRAD funds, these quarterly distributions are allocated among the six ICC centers according to their respective research expenditures that quarter. 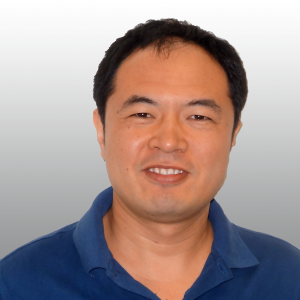 Ph.D. candidate Zhuo He, College of Computing, is a research assistant on the project. Rudy Evonich, MD, a cardiologist with the Department of Cardiology at UP Health System Marquette, Mich., is a clinical consultant.

A Message from Adrienne Minerick, Dean 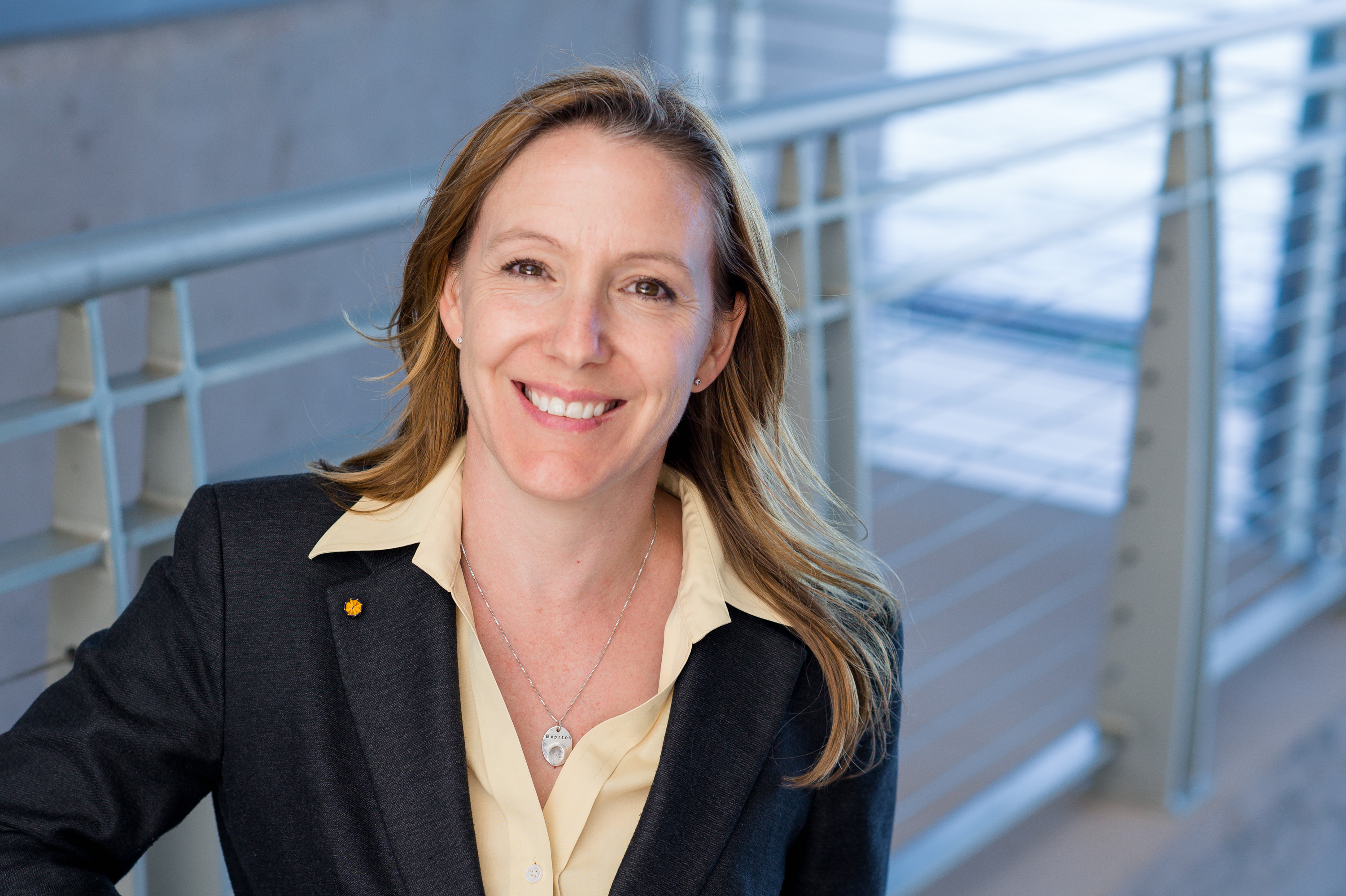 This has been a tumultuous time for our society and for the Michigan Tech family. As the implications of COVID have unfolded, our College of Computing teams have strategized and adapted to do things differently/better with fewer resources. As our country has grappled with racism, we have leveraged this to educate ourselves on systemic racism within the academy and what we can do to improve our classrooms and community here at Michigan Tech.

In the last CC newsletter, I mentioned how proud I was of our students. I’d like to shift the spotlight to talk about how proud I am of our faculty. With the rapid shift to remote instruction in the spring semester, we recognized we needed to learn skills to maintain and even enhance the learning experience for our students.

By the end of the summer, nearly all of our faculty will have gone the extra mile by completing a 3-credit course on online instruction. Our team members did this because they believe strongly in protecting the quality of our Michigan Tech computing degrees as well as the importance of enabling accessibility of the learning resources for all students having a myriad of resources/infrastructure for their learning in these unprecedented times.

The following outstanding accolade demonstrates just how far our faculty went for our students (and how it will be even better in the fall): At the end of the spring semester, a survey was conducted by the Provost’s office in which one-third of MTU students participated. Nearly 90% of our CC faculty were rated “excellent” by students for their on-line teaching efforts. We are planning for face to face and remote classes in the fall, and our exceptional faculty will be at the forefront of innovation and quality in the MTU Flex framework.

On July 1, the College of Computing turned 1 year old! Our team has participated in numerous discussions, negotiations, and changes over the last year to stand up a fully functional new college with student enrollment growth and expansion of degree programs.

We have organized a well-functioning staff team with superb advisors providing meaningful support to students. We continue to advance quickly with six new faculty starting in Fall 2020 and the search for the new Dean actively moving forward.

The College of Computing and our students, faculty, and staff are doing phenomenal things to prevail in these challenging times.

ACT, SAT Waived for Some Applicants 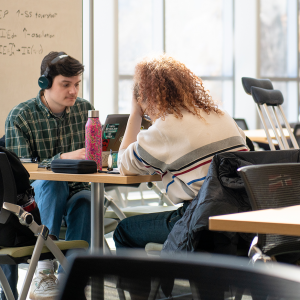 For incoming students next fall, first-year applicants with a cumulative high school GPA of 3.00 or higher will not be required to provide official SAT or ACT scores to receive an admission decision. The domestic application, now available online for spring, summer, and fall 2021 semesters, remains free for all applicants.

The University recognizes that the incoming class of 2021 faced many obstacles, one of which was the postponement or cancellation of spring SAT and ACT examinations, which traditionally trigger the start of the college application process. In Michigan, all high school juniors were scheduled to take the SAT free of charge as part of state assessment testing in April. Due to school closures in response to the COVID-19 pandemic, this testing has been postponed until September 23 or October 14—the date of administration to be determined by individual districts.

“Many students wait until they receive their scores before deciding where to apply. The delays in testing would likely push back both the application process and receiving the admission decision until November or December, putting students at a disadvantage for applying for scholarships and federal financial aid,” says Allison Carter, director of admissions operations.

Official SAT or ACT scores will be required for admission purposes for homeschooled students, as well as applicants who have a cumulative high school GPA below 3.00. Additionally, all first-year students who wish to be considered for merit-based scholarships must submit official test scores. Student athletes are required to submit official test scores per NCAA eligibility requirements.

“We’re excited about this change, especially when you consider the access it provides to students who do well academically but may test below their potential due to a variety of factors,” states Carter. “The response from families about this change for 2021 has been very positive. We’ve been able to keep student excitement about Michigan Tech high and the stress associated with the college application process low.”

Applicants will be reviewed individually based on high school academic performance, including courses taken, grades received, and trend in grades relative to their intended major. Test scores will be taken into consideration for those required to submit them or who wish to supplement their application. 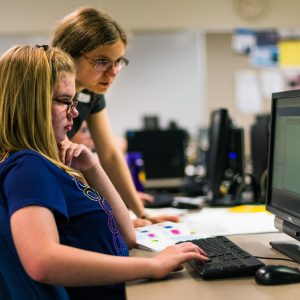 The College of Computing Department of Computer Science invites girls in grades six through 10 to join a virtual workshop in which participants will explore, design, and program web pages and data analysis programs, while tracing how data flows through our daily lives.

The free workshop will take place Monday through Friday, from 2:00 to 4:00 p.m., July 13 through August 14, via online Zoom meeting. Space is limited, so register by July 7. Prior programming experience is not necessary. 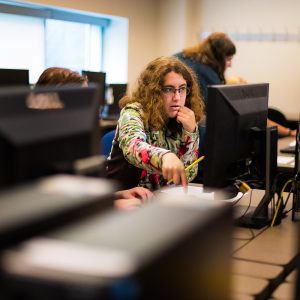 Why do people collect data? How is data collected? What kinds of things can you learn from data? What is wrong with the chart on this flyer? Join us on Zoom to learn about data collection and privacy while building your own website, designing a poll, analyzing collected data, and learning about cryptography.

In the Code Ninjas workshop participants answer these questions while they:

The Code Ninjas Workshop is sponsored by an AspireIT grant from the National Center for Women & Information Technology (NCWIT), and facilitated by the Michigan Tech Department of Computer Science.