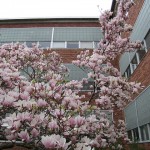 Norma Veurink (EF). has received $92,155 from Ohio State University for the project “Enhancing Middle School Mathematics Achievement Through Spatial Skills Instruction.” This is the first year of a potential four-year project.

Jonathan Riehl (EF) has been selected to participate in the Eno Future Leaders Development Conference in May in Washington, DC. This conference brings together a select group of the top graduate students in transportation to Washington for an introduction to transportation policymaking. During the week long program, participants will meet with transportation leaders from all government levels and the private sector. Participants will also become members of a unique network of transportation leaders called Eno Fellows. In addition to his duties as a lecturer in Engineering Fundamentals, Riehl is completing his doctoral work in transportation engineering at Michigan Tech, where he is exploring urban sprawl in small cities. Part of his participation at this conference is funded by the Michigan Tech Transportation Institute (MTTI)

ASEE Prism, published by the American Society for Engineering Education, quoted Jon Sticklen, chair of engineering fundamentals, in an article on engineering schools that are finding effective ways to increase their female student ratio.

The 2015 Winter Baja was held Saturday, Feb. 21, near the Student Development Complex at Michigan Technological University.

National Engineers Week celebrates the positive contributions engineers make to society and is a catalyst for outreach across the country to kids and adults alike. For the past 61 years, National Engineers Week (Eweek) has been celebrated each February around the time of George Washington’s birthday, February 22, because Washington is considered by many to be the first engineer in the US. This year Michigan Tech will celebrate Eweek with eight different engineering events on campus for all to enjoy.

Superior Ideas Challenges Enterprise Students to Help Fund Their Projects: Michigan Tech Enterprise program students are hard-working and innovative, but their creativity can be hindered by their spending limits. That’s where Superior Ideas comes in.

Engineering Olympics is an annual event hosted at Michigan Tech for high school students across the UP. Students work on projects throughout the school year including trebuchets and mousetrap-powered vehicles, using physics and engineering principles learned in school. In the spring, they come together on campus for a friendly competition in each event, led by Michigan Tech faculty members and supported by college student volunteers.

Michigan Tech Feeding Michigan’s Appetite for Skilled STEM Workers: When Governor Rick Snyder proclaimed October STEM (science, technology, engineering and math) Careers Month, the Michigan STEM Partnership challenged employers across the state to do just one thing to promote understanding of the many career opportunities in STEM fields and the education required by those jobs.