His dissertation, On the Digital-Political Topography of Music, explored the historical relationship between rhetoric and music and re-opened this connection by examining the material and immaterial properties of digital music and its networks of distribution.

His research has been published in Rupkatha Journal on Interdisciplinary Studies in Humanities, Harlot: A Revealing Look at the Arts of Persuasion, and Digital Ethos and Online Credibility: Evaluating Computer-Mediated Communication.

In the fall of 2014 he moved to Portland, OR and began working with Sunbleached Visuals, assisting with music video productions. He is now Marketing & Communications Manager of Melvin Mark Companies where he lends his experience in digital media and analytics to develop marketing collateral and strategies for the firm and its brokerage team.

Performing often along the coast, he plays the guitar in a traditional Irish festival band and mandolin in an alternative-country/mosey group, and appears in and around the city as singer-songwriters Dan Loredo, The Man from Echo Flat, and Lonely Mountain Dog.

His next album, Fallow Lands, is being produced by Christopher Hoganson (Fur Coats, Wampire) and is planned to be released by Portland-based Golden Ghost Records and its affiliate, Famined Records (Winter Park, FL), in 2016, who will fund a modest national tour.

Future research plans include the completion of his monograph, The Citizen Musician: Rhetoric and the Politics of Digital Music, and a glowersome collection of critical essays on digital literacy and urban housing with new data from his CoStar Group research, The Technological Class.

He lives with a coterie of good friends, musicians, and artists in a crumbling mansion in the north of the city and spends much of his time in the woods and mountains.

I am an assistant professor in the English and Humanities department at the State University of New York (SUNY) College of Technology at Alfred, more popularly known as Alfred State College. Although my primary teaching area is technical writing and communication, I also teach classes in literature and film studies. I am currently involved in creating a technical communication track in our Bachelor of Technology program as well as developing curriculum for a new major program in English, including courses in writing for emergent media. For updated information on my teaching, research and conference presentations, please visit my faculty webpage at Alfred State’s website. 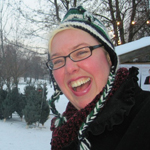 “The PhD in Rhetoric and Technical Communication at Michigan Tech taught me to be a flexible, fun scholar. The program allowed me to pursue my own areas of interest within digital writing studies and
pushed me into new areas that resonated with a larger,
interdisciplinary community.”

“The PhD in Rhetoric and Technical Communication at Michigan Techtaught me to be a flexible, fun scholar. The program allowed me topursue my own areas of interest within digital writing studies andpushed me into new areas that resonated with a larger,interdisciplinary community.”Dr. Cheryl E Ball is an Associate Professor of New Media Studies in the English Department at Illinois State University. Her areas of specialization include multimodal composition and editing practices, digital media scholarship, and digital publishing. She teaches writers to compose multimodal texts by analyzing rhetorical options and choosing the most appropriate genres, technologies, media, and modes for a particular situation. Since 2006, Ball has been editor of the online, peer-reviewed, open-access journal Kairos: Rhetoric, Technology, and Pedagogy, which exclusively publishes digital media scholarship and is read in 180 countries. She has published articles in a range of rhetoric/composition, technical communication, and media studies journals including Computers and Composition, C&C Online, Fibreculture, Convergence, Programmatic Perspectives, and Technical Communication Quarterly. She has also published several textbooks about visual and multimodal rhetoric, including most recently visualizing composition with Kristin L. Arola (Bedford, 2010). Her most recent book, RAW: Reading and Writing New Media (with Jim Kalmbach, Hampton Press, 2010), is an edited collection about reading and writing multimodal texts and administering writing programs with multimodal design components. She is currently at work on a new multimodal, genre-studies-based textbook project, a digital-media scholarly book collection, and a National Endowment for the Humanities-sponsored content-management system for Kairos. Her online portfolio can be found at http://www.ceball.com/.