The Department of Visual and Performing Arts is pleased to present the results of the 2014 faculty-voted awards for students: 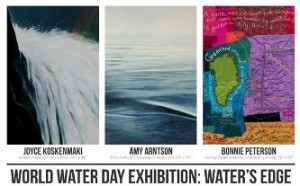 With the sun shining and the mounds of snow disappearing, it is starting to feel like spring–just in time for Earth Day. Today is Earth Day and Michigan Tech is celebrating with activities all week long, including a Lake Superior Celebration and a rainforest reptile show.

The Lake Superior Celebration, from 6 to 8 p.m., at Michigan Tech’s Great Lakes Research Center, will feature hands-on activities, a new PBS video on the Great lakes Stewardship Initiative, school-community projects, local foods, “Wildflowers of the UP” by Bob Wild and the “Water’s Edge Art Exhibit.” 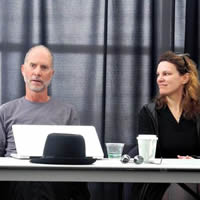 Scientists, researchers and artists work daily at Michigan Technological University but do not often come together. In an effort to bridge the gap between two disciplines, faculty and staff gathered for a panel discussion Tuesday featuring composer John Luther Adams, who was awarded the 2014 Pulitzer Prize for music Monday.

“In a lot of his writing he talks about what art and science have to say to one another and I thought, since we are a school that has both, it would be an interesting topic for conversation,” said Libby Meyer, instructor of visual and performing arts at Tech.

National Public Radio (NPR), Associated Press and Canadian Press wire services and other national and international media outlets reported that Alaska composer John Luther Adams was an artist in residency at Michigan Tech when he was notified that he had won the 2014 Pulitzer Prize in Music.

By telephone Monday afternoon, I located John Luther Adams, 61, in Houghton, Mich. (in the state’s Upper Peninsula), where he is in residence at Michigan Tech. He said he was napping between classes when he got “a most welcome wakeup call” informing him he’d won the award.

Details on the 2014 Pulitzer Prize winners in journalism and arts, and reaction

John Luther Adams knew he’d been nominated for a Pulitzer Prize for his composition “Become Ocean,” but he had no expectations of winning. He was so busy with classes as part of a residency at Michigan Tech University that he even forgot the day they’d be handed out.

“I was actually taking a quick power nap between classes and got a phone call. It was a quite a wake-up call,” Adams said with a chuckle. “It was pretty great.”

Though based temporarily in Michigan, Adams’ thoughts are never far from Alaska.

Alumni on Concerts and Artists 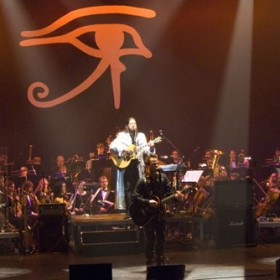 The Golden Age of Concerts

Another bonus of living here is all the talent that comes through town: famous lecturers, comedians, acting troupes, and especially musicians have graced the stages at Tech. Through extensive research in the Keweenawan and elsewhere, I’ve discovered a golden age of rock, folk, and jazz concerts at Tech.

More on Homecoming ’83 and More

Thanks for the article on artist, Tony Orrico’s visit to Michigan Tech and Finlandia. I went to high school with the two professors (Anne Beffel, MTU and Carrie Flaspohler, Finlandia) who collaborated on this project.