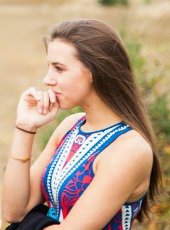 Mary Jennings (VPA) is the principal investigator on a project that has received a $3,200 other sponsored activities grant from the Arts Midwest Touring Fund. The grant is for the performance of “Stars of American Ballet.”

Dr. Michael Christianson, Director of Bands at Michigan Tech says, “Adam Meckler is a top-class performer and composer, but we were really impressed with his teaching: a great mix of modern and old-school!”

Professor Emeritus Mike Irish also comments, “I am very excited about the hiring of Adam Meckler as the new Director of Jazz Studies at Michigan Tech. He is a young, energetic, and extremely talented teacher/performer who will build on our strong tradition and take it to new levels of achievement. His pedigree is outstanding. I am really eager to have him in town and await the great performances that will ensue!”

“I am humbled and honored to join MTU’s esteemed Faculty, and work with the gifted and bright Visual and Performing Arts students at MTU. I am thrilled to carry the torch forward, striving for the high level of excellence established by my predecessors.”

Mr. Meckler holds degrees from Lawrence Conservatory and the University of Minnesota. A trumpet player, composer, and educator living in Minneapolis, MN, Meckler is an Edwards Instrument Co. Performing Artist and Clinician, and leads The Adam Meckler Orchestra (AMO), an 18-piece big band that plays his original compositions. The AMO’s debut album ‘When the Clouds Look Like This’ was listed among 2014’s Best Jazz Releases by iTunes.

Mr. Meckler will come from faculty positions in trumpet and Jazz at Macalester College, MCTC, and MacPhail Center for Music. He tours and records with The Hornheads (Prince), Youngblood Brass Band, and Nooky Jones, and plays regularly with a host of bands around the Twin Cities including Lulu’s Playground, The Jana Nyberg Group, Jack Brass Band, The Graydon Peterson Quartet, and The Pete Whitman X-Tet.

His latest release Magnificent Madness is available via Ropeadope Records, and on all streaming platforms May 3rd, 2019.

A number of students have received awards at the Visual and Performing Arts end-of-year student awards banquet that was held Tuesday, April 24th in the Rozsa Lobby.

The well attended ceremony was MC’d by VPA Department Chair, Jared Anderson, who raffled off fun and inspiring prizes for the students as we wished them well.

MUB pasties and celebratory cake were served – a good time was had by all.

Here is the list of this years award recipients:

Congratulations and best wishes to all of our graduating seniors.
Continue Reading →

Rock, Paper, Scissors in gallery b

Project Learning Lab is an innovative arts classroom based inside Rozsa gallery b. The exhibition runs through 8 p.m. today (April 22).

The works on display were created by students in Lisa Gordillo’s Traditional Sculpture Studio. Students from many campus disciplines are represented, including business, math, engineering and theatre. Students in the class study sculptural traditions from around the world, and create three-dimensional works using those traditions as a guide.

The student artists are:

Visual and Performing Arts Assistant Professor, Lisa Gordillo, who was named as a finalist for this years Distinguished Teaching Award.

The William G. Jackson Center for Teaching and Learning recognizes outstanding contributions to the instructional mission of the University. Based on more than 50,000 student ratings of instruction responses, ten finalists have been identified for the 2019 awards. The selection committee has solicited comments from students, staff, faculty and alumni to aid in deliberation.

KSO to Perform ‘Rhapsody in Blue’ 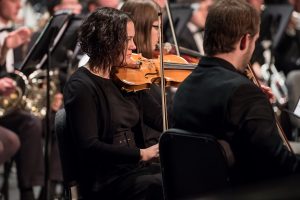 The Keweenaw Symphony Orchestra presents George Gershwin’s “Rhapsody in Blue” at 7:30 p.m. Saturday (April 20) in the Rozsa Center for the Performing Arts. Popularized in Disney’s “Fantasia 2000,” “Rhapsody in Blue” will be performed along with the haunting ballet music to Stravinsky’s “Firebird Suite” and the angst-ridden “Chamber Symphony” of Schoenberg.

Joel Neves, conductor for the event, gives a preview, “This is our last concert of the year, so we saved the very best for last. Everyone loves ‘Rhapsody in Blue,’ one of the great jazz-infused orchestra works of all time. ‘Rhapsody in Blue’ features local pianist extraordinaire, Jon Ensminger, who plays the soaring, swinging, sophisticated piano solo. Also on the program is sublime music by Verdi, Schubert, and Schoenberg, as well as Stravinsky’s magical ‘Firebird Suite,’ also featured in Fantasia. You don’t want to miss this fantastic program!”

Founded in 1970, the Keweenaw Symphony Orchestra is the Upper Peninsula’s oldest orchestra. The KSO is a college-community ensemble comprising Michigan Tech students, faculty and staff, and community musicians. Most of the musicians pursue something other than music as a career, with engineers, scientists, mathematicians, educators, and retirees filling the roster. Students occupy about 60 percent of the orchestra; none are music majors. The KSO presents 4-5 concerts per year—including choral-orchestral, opera, ballet, and pops—in the Rozsa Center for the Performing Arts.

Tickets are on sale now, $19 for adults, $6 for youth, and no charge for Michigan Tech students with the Experience Tech fee. Tickets are available by phone at 487-2073, online, in person at the Central Ticketing Office in the Student Development Complex or at the Rozsa Box Office the evening of the performance. The Rozsa Box Office opens two hours prior to performances.

A Michigan Tech student was recognized by the Kennedy Center American College Theatre Festival (KCACTF). As a result of eight regional festivals held in January and February, theatre students from around the country have been recognized for outstanding works.

Makenzi Jo Wentala received a scholarship to the Stagecraft Institute of Las Vegas (SILV). Select students were awarded one-week or multi-week scholarships to the SILV. Summer master classes at the SILV include rigging, digital drafting SFX, automation and “Movers, Media and Rock-n-Roll.” 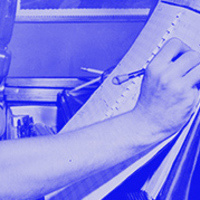 “Newest of the New,” celebrates the creative musical pursuits of Michigan Tech student composers with performances of their original pieces. This free concert takes place at 7:30 p.m. tomorrow (April 18) in McArdle Theatre in the Walker Arts and Humanities Center.

This year, the event will include compositions by David Brown, Sarah Calvert, Alan Harrison, Tyler Quinn, and Chris Wilson, all of whom are in the composition minor program. The performance pieces will be varied, incorporating a range of instruments and styles, including a string quartet.

“This is the culmination of the year,” says Libby Meyer, (Visual and Performing Arts) director of the Music Composition Program, “It’ll be awesome, and we want everyone to come.”

The event is free of charge, and is open to the public. 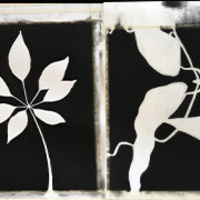 The exhibit will be in a open-house format from 6 to 7:30 p.m. Friday (April 19). The exhibition will be in two locations — the hallway galleries outside of Walker 209 and the Studio for Here and Now, G04W Wadsworth, across from the WMTU studios.

This event is free and open to the public. 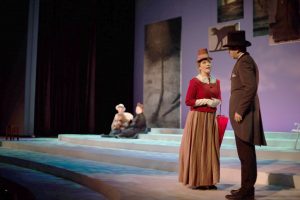