Ross Roeder, a Michigan Tech Board of Trustees Silver Medal recipient and an Alumni Association Honorary Alumnus, passed away May 11 in St. Petersburg, Florida, after being injured in a car accident. He was 83.

Roeder was a charter member of the McNair Society of planned givers and a past president and life trustee of the Michigan Tech Fund. He served on the National Advisory Board of the School of Business and Economics from 1996 to 2009 and was a member of the Dean’s Advisory Council of the College of Business (COB) for many years.

“We are indebted for Ross’s leadership and service to Michigan Tech,” said Rick Koubek, president. “His passion for Michigan Tech was unrivaled and we are a better institution because of his goodwill.”

“Ross was a true Husky dedicated to helping ensure that deserving Tech students could afford to attend and had the best education possible to help them be successful in their future lives,” said Gary Anderson ’67, former Michigan Tech Fund board president and life trustee.

Anderson called Roeder “a great team member and a leader” on the Tech Fund trustee board. “His outgoing positive personality and benevolence rubbed off on all of us, which helped lead us on a very successful fundraising campaign,” he said. “He will be missed by all of us and our sincerest condolences go out to (his wife) Mary Anne and the rest of his family.”

Roeder did attend Michigan Tech — but as his obituary notes, he was not destined to be an engineer. He graduated instead from Michigan State University, and then earned his M.B.A. at UCLA in Los Angeles, where he joined Army ROTC. He served in Army Intelligence and went on to hold executive positions and serve on boards at companies such as Baskin-Robbins, Denny’s and the NBA.

He was also a fervent fan and financial supporter of Michigan Tech’s football program, and was a founding member of Tech’s chapter of Phi Kappa Tau.

“Ross rubbed shoulders with leaders in business, government and sports, yet he was genuinely interested and perceptive to the common person,” said Dean Johnson, dean of the COB.

Although Roeder graduated from larger institutions, he maintained close ties with Michigan Tech throughout his career. And Johnson said the Michigan Tech College of Business held a special place in his heart. “He and Mary Anne quietly supported COB students with scholarships,” he said. “Within the last few months, Ross and Mary Anne actively assisted three COB students seeking employment.”

Roeder also established an endowed scholarship for the College to encourage entrepreneurship and leadership.

“Ross had all of the traits of a successful leader, but his uncanny perception stood out,” Johnson stated. “Ross could quickly and accurately understand a complex decision facing the College, and then provide sound advice to the COB. I believe his perceptiveness was a key factor in his selection as chairman in many successful firms and organizations, including MTU.”

“After meeting with some COB students, Ross told me that if a special situation arose, say a student struggling to make a tuition payment, to just let him know and he and Mary Anne would take care of it,” he continued.

“As a role model, Ross demonstrated that hard work can bring massive success — but it doesn’t mean a loss of humility and genuine connection with people to make their lives better.”

Fourth-year management information systems (MIS) major Macy Pawielski is the 2020-21 Outstanding Women in Business. Originally from Marquette, Michigan, Pawielski says choosing Michigan Tech has been one of the best decisions she’s ever made. 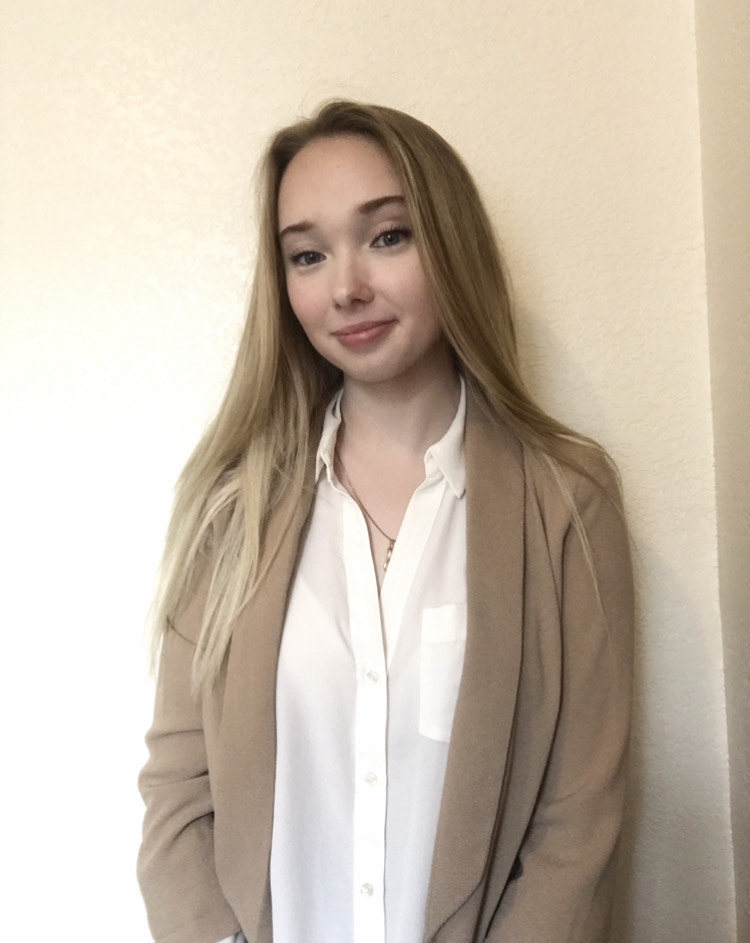 “I’ve not only had amazing career and leadership opportunities, but I’ve made friendships and professional connections—it’s beyond anything I could have imagined for my college career,” she says.

During her time in the College of Business, she restarted the Organization for Information Systems (OIS) Enterprise, providing fellow MIS students with networking opportunities while developing a close-knit community within the major. Today, Pawielski is president of OIS and serves on the Dean’s Student Advisory Council. She is also a member of the Women in Computer Science organization and has been named to the Dean’s List every semester.

Jeff Wall, associate professor of MIS in the Michigan Tech College of Business, says, “Macy is an outstanding student and leader on and off campus. She has demonstrated time and time again that through her passion and dedication she can make things happen. Macy will have a strong career as a leader in industry.”

Pawielski has interned at 3M for two summers—once within the IT optimization team, followed by a role on the enterprise data quality team.

“I’m very proud of all I have accomplished over my years here at Michigan Tech and I’m honored to receive such a prestigious award.”