A Profile of Dr. Jason Hiebel: The College of Computing’s First Graduate 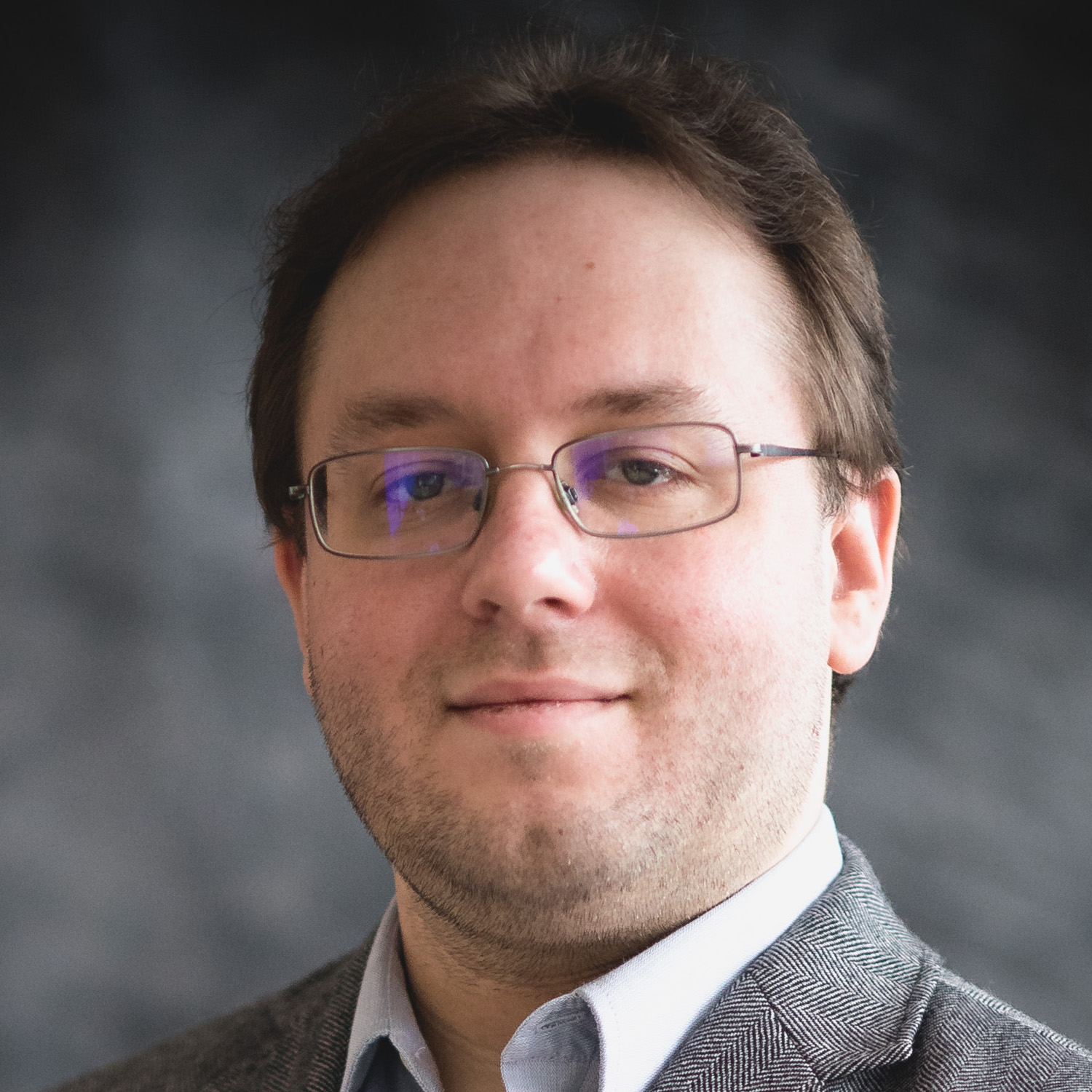 Jason Hiebel completed his Ph.D. studies in December 2019, successfully defending his dissertation in early 2020. He signed on to instruct some courses for the Michigan Tech Computer Science department that spring, while he waited for his paperwork to process for a job with the Department of Defense.

But like many in the wake of the global pandemic, Hiebel’s plans were interrupted. He’s teaching a Summer semester course at Michigan Tech, and advising an undergraduate research project, as well.

“Mainly, I’ll just be waiting for things to open back up so I can get processed for the job I’m waiting for,” Heibel says. “During that limbo, I hope to tackle some research problems and continue to keep myself busy.”

In the meantime, Hiebel enjoys living in the Houghton community. He’s a big fan of winter, and even Houghton summers are far too warm for his tastes. “Small town life suits my sensibilities better,” he confirms.

A wise and supportive and network.

Having been at Michigan Tech for over a decade, Hiebel says he has had the opportunity to learn from and grow with many smart and wise faculty members.

While he wasn’t around while Hiebel was completing his doctorate, late Michigan Tech professor Steve Seidel, (Mathematical and Computer Sciences) played an important role in Hiebel’s educational journey.

“My very first semester here, as a wide-eyed first semester college student, he took the time to talk, explain, and spark interest,” Hiebel says of Seidel. “It was one of the most influential moments from my undergraduate years, and I do think that it was a powerful formative influence. I’ll never forget that moment.”

Hiebel also mentions in particular Associate Professor Laura Brown, Computer Science, who “took a chance on him as a graduate student.”

“Looking back, I see my way of approaching artificial intelligence is very similar to her approach, although I don’t know how much of that was learned,” Hiebel reflects. “I like to think that people naturally think about some things in similar ways.”

Hiebel is also grateful for friends and fellow graduate students, who listened to his ideas time and again as they were taking shape in his mind, asking the hard questions, pushing him to become a better speaker and researcher. He mentions in particular Computer Science Ph.D. candidates Scott Pomerville, Briana Bettin ’20, and Daniel Byrne, Computer Science lecturer Gorkem Asilioglu, and many others “for listening to my ramblings all this time.”

A friend and mentor.

Michigan Tech Ph.D. candidate Scott Pomerville first met Hiebel as an undergraduate. “He was my teacher for an accelerated Introduction to Computer Science course, so in a lot of ways he was my first impression of Michigan Tech,” he says.

“What struck me were Jason’s patience and his ability to explain, and it played a part in making me excited for what was to come,” Pomerville recalls. “After entering the Michigan Tech Graduate School, we became friends. He’s often very down-to-earth and he’s a source of reason, both as a friend and as a fellow researcher.”

Pomerville goes on to say that Hiebel strove to never compromise on what he created, often spending large amounts of time making sure that his research and presentation were the best they could be.

“Jason was quick to help if he knew something, but was even quicker to ask if he didn’t,” Pomerville says. “He’s a role-model, and also someone I can work with peer-to-peer. He has given me both inspiration and motivation as I continue on my own path of research and teaching.”

Going above and beyond.

From their first interactions a decade ago, Computer Science Ph.D. candidate Briana Bettin says that Jason has always been a thoughtful and great teacher.

“He worked in the CS 1121 lab when I originally took the course as an undergraduate and he was so helpful!” she recalls. “I distinctly remember struggling with something in the next class, CS 1122, and thinking ‘things always made sense when Jason explained them in lab… I wonder if he would help me if I emailed him ….’”

And Hiebel did respond to Bettin’s email, even though he wasn’t involved with that course at that time. “I understood so much better based on his explanation,” she says. 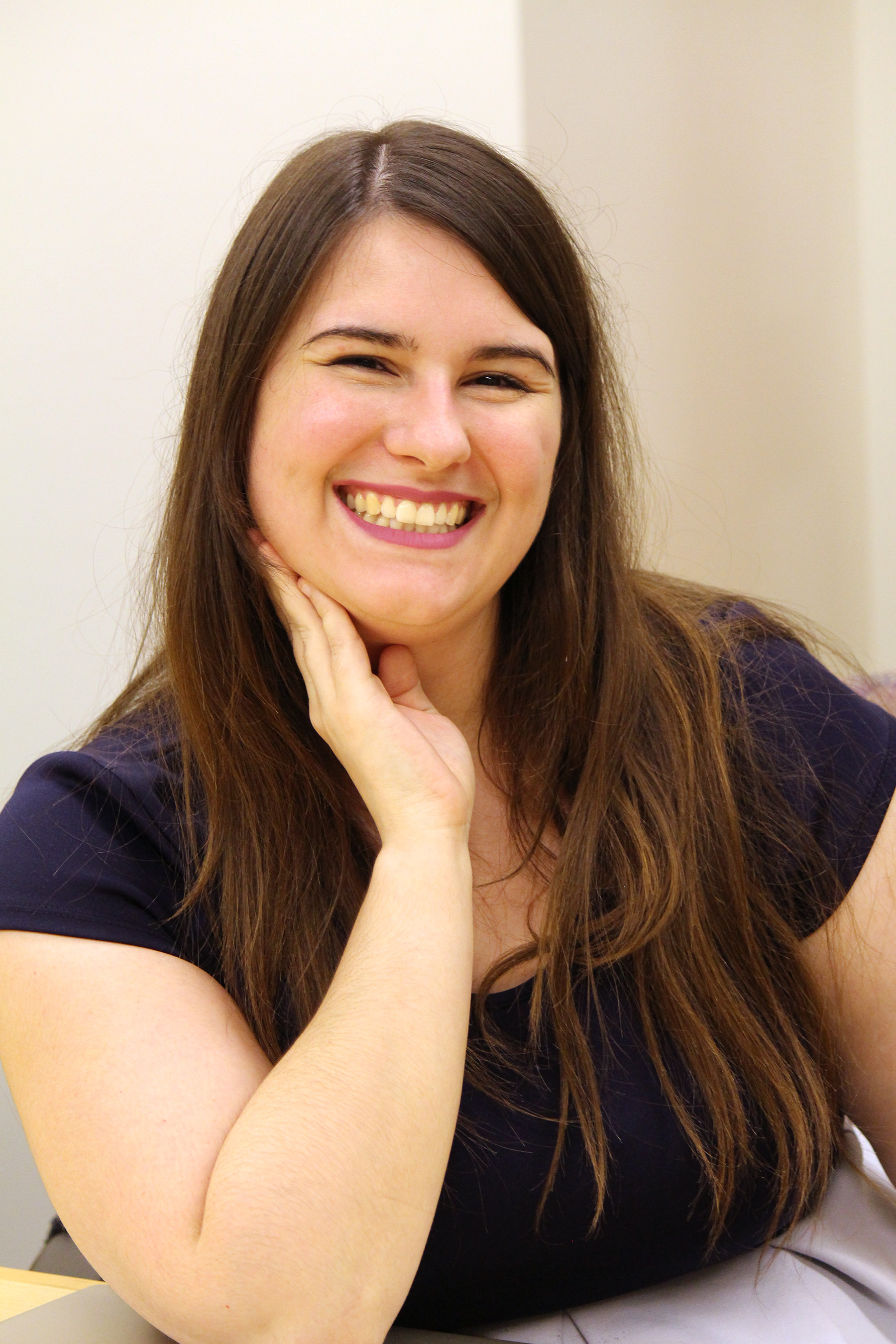 Bettin, pictured at left, started at Michigan Tech in 2010. “That’s a decade ago that he was that helpful,” she says, adding that Hiebel has volunteered numerous times to help her out in her time as a Ph.D. student.

“I know he has helped many others as well,” Bettin continues. “He is a wonderful supporter and he goes above and beyond to help out.”

“Jason has grown his knowledge into so many areas of interest, and he works to be a great communicator on each of those topics,” Bettin notes.

“Jason is caring, well-spoken, helpful, supportive, friendly, and fun—which I think are all great strong points!” Bettin adds. “I think strong relationships—no matter where you are—help one persevere, feel confident, and continue forward on your path.”

“Friends like Jason and Scott Pomerville have helped me feel supported, appreciated, and lifted me up when I needed help, advice, or just someone to listen,” Bettin says. “Having people in your corner like that is so important, especially when you’re pursuing something difficult like a graduate degree!”

“We have also played tons of board games together,” Bettin adds. “I honestly think Jason wins the majority of the time.”

Memories and friends who care.

Bettin reflects that it can be easy to feel alone as a grad student, especially if your research really differs from others around you, or you’re starting to explore your specific area more deeply.

“But having friends who listen, care, learn, critique, and support you makes it feel less lonely, and often a lot more fun,” she says. “These past few years have had a lot of memories, but I’ll name a few.”

“We have had many food nights in Scott’s apartment—Tonkatsu, Sukiyaki, Japanese Cheesecake, Chicken Tikka Masala, and Melon Pan are some of the major dishes that were undertaken,” Bettin recalls. “During the melon pan process, I became the guardian of the dough, kneading it to my will. The bread came out perfectly and it was a wonderful treat for Jason’s dissertation defense!”

“I have a really great memory from Pokemon Sword and Pokemon Shield—my husband, Jason, Scott, and I all purchased the game and waited until the evening of the release day to play together,” Bettin says. “I absolutely love Pokemon. Playing with all of them, I learned all sorts of secrets of the game and new creatures, laughing at jokes all the while. Enjoying my first adventure in that game together was absolutely amazing.”

It’s a night Bettin thinks of and smiles, “because Pokemon has meant so much to me growing up, and I was able to really share the fun of a new adventure with wonderful friends.”

Branching out and some advice.

Hiebel has a broad set of research interests in artificial intelligence, including multi-armed bandits, genetic algorithms, and A.I. education. And he says he has a soft spot for the history of A.I.

In addition to teaching and research, Hiebel is active in competitive programming. He assisted in developing Michigan Tech’s own Bonzai Brawl and coached teams for the ACM International Collegiate Programming Contest (ICPC), an annual multi-tiered competitive programming competition among universities around the world, and headquartered at Balor University.

Outside of Tech and his studies, Hiebel says he worked on myriad projects that couldn’t have been farther from what he was doing during the school year. His extra-curricular projects involve image processing, dynamic wireless communication networks, and radar reconstruction.

What advice would Hiebel give other Ph.D. candidates? “Listen to a broad set of perspectives. There are lessons and wisdom all around you which can help you become a better student, a better researcher, a better teacher, and a better person.”