Drelich and Bowen Interviewed on Stents 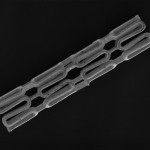 Seeking an alternative to magnesium-based stents, researchers at Michigan Technological University (Houghton) are conducting studies on a stent design made from zinc. This material, the scientists say, offers better degradation rates than magnesium and can be processed in such a way as to increase its mechanical properties. In the following conversation, Jaroslaw Drelich, professor in the department of materials science engineering, and Patrick Bowen, PhD candidate in materials science and engineering, share their insights into zinc as a potential candidate for next-generation absorbable stents.

Read the full interview at Qmed, by Bob Michaels.

Pearce on Physicists and Simple Technology

Joshua Pearce (MSE/ECE) published a feature article “Technology whose time has come” in the January issue of Physics World.

Technology whose time has come

Reinvented as open-source appropriate technology (OSAT), the modern form of AT focuses on technologies that promote sustainable development and are designed in the same fashion as free and open-source software (FOSS).

Physicists have a good track record of opening up science for the common good. We have been sharing our open-access e-prints on arXiv for more than 20 years, long before “open access” became a buzzword. Given this background, I think it is time for physicists to take a serious look at OSAT.

Erin Cassidy quotes Associate Professor Joshua Pearce (MSE/ECE) in the AccuWeather story “Are Solar Panels Usable in Snowy Climates?” which is based in part on research being conducted at the Keweenaw Research Center.

Joshua Pearce, associate professor at Michigan Tech University (MTU), said, “If snow is completely covering the panel, you are obviously only going to get the amount of energy out of the panel from the amount of light that is able to pass through the snow.”

Pearce describes several methods they have used to increase the efficiency of panels with snow accumulations.

Contact Angles on Rough Surfaces Including Superhydrophobic and Superhydrophilic Surfaces

Contact Angles on Rough Surfaces Including
Superhydrophobic and Superhydrophilic Surfaces 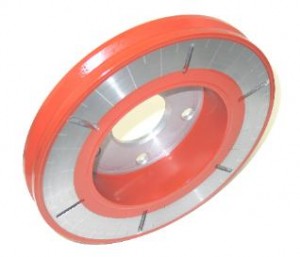 Upper Peninsula Second Wave, a news website for the UP, published stories about Xiaodi “Scott” Huang’s (MSE) invention of lightweight aluminum brakes and the company he has formed to manufacture them.
See http://up.secondwavemedia.com/features/litebrake121813.aspx

Until now, 3D printing has been a polymer affair, with most people in the maker community using the machines to make all manner of plastic consumer goods, from tent stakes to chess sets. A new low-cost 3D printer developed by Michigan Technological University’s Joshua Pearce and his team could add hammers to that list. The detailed plans, software and firmware are all freely available and open-source, meaning anyone can use them to make their own metal 3D printer.

The research of Materials Science and Engineering PhD Students Chenlong Zhang and Bas Wijnen along with their collaborators Jerry Anzalone (MSE), Paul Sanders (MSE) and Joshua M. Pearce (MSE/ECE) has been covered widely by the national media including: NBC News, CNN Money, Live Science and the International Science Times in articles like “Low-Cost, Open-Source 3-D Metal Printer Could Bring Revolutionary Technology To Millions.”

Joshua Pearce (MSE/ECE) was quoted in ECOS Magazine on a story: How Green is 3D Printing?

Associate Professor Joshua Pearce’s (MSE) development of a 3D metal printer appeared in the “Leading the News” section of Wednesday’s First Bell. The ASEE news aggregator picked up the story from Matt Roush’s Technology Report on the WWJ-TV website, based in Detroit. See online.

The research of Materials Science and Engineering PhD students Chenlong Zhang and Bas Wijnen along with their collaborators Jerry Anzalone (MSE), Paul Sanders (MSE) and Joshua Pearce (MSE/ECE) was covered in Newsweek, Scientific American and Gizmodo.

The materials science and engineering research team working on metal 3D printing including PhD students Chenlong Zhang and Bas Wijnen along with their collaborators Jerry Anzalone (MSE), Paul Sanders (MSE) and Joshua Pearce (MSE/ECE) are covered in the US media, including Hack-A-Day, Treehugger, and 3D Printing Industry (Michigan Tech Releases Open-Source 3D Metal Printer for Less Than $2,000) and also in the British media, in the Register and The Guardian: Metal 3D printing and six key shifts in the “second industrial revolution.”

The New York Times has published an article about the 3D metal printer built by Joshua Pearce (MSE, ECE) and his team, “An Inexpensive Way to Print Out Metal Parts.” Pearce notes that the technology would give small companies a way to build prototypes, and people in developing countries could use it to print repair parts for machines like windmills. See New York Times. 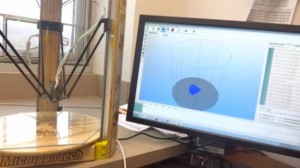 Dr. Joshua Pearce, author of “Open-Source Lab: How to Build Your Own Hardware and Reduce Research Costs” demonstrates how you can create your own lab equipment with low-cost 3D printing.

FREE access to select content from Open-Source Lab: How to Build Your Own Hardware and Reduce Research Costs
by Dr. Joshua M. Pearce 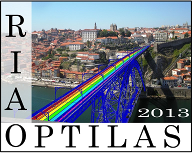 Joshua Pearce coauthored the article “Installation of a variable-angle spectrometer system for monitoring diffuse and global solar radiation” in the SPIE Journal.

The publication is a proceedings article from the 8th Iberoamerican Optics Meeting and 11th Latin American Meeting on Optics, Lasers, and Applications (RIAO/OPTILAS 2013).

In ACMAL, Owen Mills was awarded $3,000 for a Backscattered Electron Detector.

“We do predictions on behalf of commercial lenders being asked to foot the bill for big solar arrays,” said Townsend. Good data “makes them more financeable.” Eventually, the study results will be publicly available through the KRC website and through solar energy simulation programs provided by the US National Renewable Energy Laboratory.

“Everybody who wants to develop solar energy in snowy climates on a large scale will need this data,” said Joshua Pearce, an associate professor of materials science and engineering/electrical and computer engineering at Michigan Tech, who is participating in the project. “In the olden days, you’d only see solar farms in places like Arizona, and Spain. Now, large solar installations are found throughout the northern US and Canada.”

Being way up on Michigan’s Upper Peninsula, snow is something Michigan Tech folks know well – last winter some 225 inches fell at the research center – and the scientists there have been studying the snow/PV relationship for a while.

The story about the KRC snow study on photovoltaic performance was published by the Associated Press and has been widely covered in the media including the Miami Herald, Charlotte Observer, Seattle PI, Fox Detroit, Houston Chronicle, The Republic (Indiana), KTVU San Francisco, Detroit News, Oakland Press, Michigan Radio (NPR) and many more.

The Mining Journal in Marquette published an editorial about Michigan Tech’s study of the effectiveness of solar panels in snow climates. It was picked up by Associated Press wire service in a roundup of editorials of interest and republished by the Escanaba Daily Press, among other news outlets.

We’ll be interested, along with a great many people, we suspect, to see results of a study launched by Michigan Tech University in Houghton recently to determine if and to what degree snow affects solar panels.

Read more at the Mining Journal.