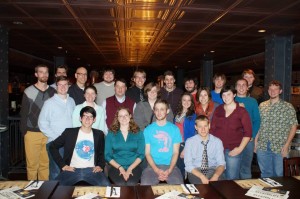 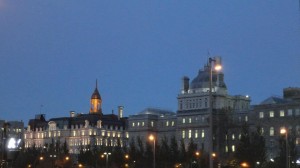 The work of the lab team run by Paul Sanders (MSE) and Joshua Pearce (MSE/ECE), which developed the open-source 3-D metal printer was covered in the Feb. issue of Desktop Engineering.

Joshua Pearce (MSE/ECE) was interviewed by SciDevNet on how the developing world can benefit from 3D printing in “3-D printing could offer savings on replica lab kit”.

Two projects from Michigan Tech’s 3D printing program were used as examples in an article published in 3D Printing Industry: “How a Medical Clinic in the Bolivian Rainforest Might Use 3D Printing” and a third was used by Engineering for Change in an article on: “3D printers may be poised to take off in developing countries”.

The interview on appropriate technology and development with Joshua Pearce (MSE/ECE) was picked up by All Africa and The Guardian–the British newspaper, whose online edition is the third most widely read in the world and has a combined print and online readership of about 9 million.

This and similar advances mean the age of appropriate technology – affordable, sustainable solutions designed and built to meet local needs – may be here, argues Joshua Pearce, a materials science and engineering professor at Michigan Technological University in the US, in an article in last month’s Physics World magazine.

The idea of appropriate technology to deal with poverty was used as early as the 1970s by the World Health Organisation (WHO), when villagers were encouraged to make water pumps and farming tools. But 3D printing has given the concept a boost, Pearce says.

The WHO’s efforts worked well, he says, but took in only one village at a time. “There was incredibly wasteful duplication of effort to solve nearly identical problems all throughout the world.”

Sutter at the Transportation Research Board Meeting

Joshua Pearce’s group’s (MSE/ECE) work in solar energy was covered in an article on“Snow-covered panels: Does solar power work in the Upper Peninsula?” in the UP Second Wave and he is quoted in an article “Efficient recovery justifies silver’s use in solar cells” in Chemistry World. 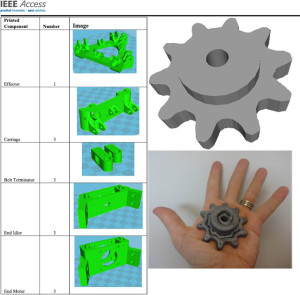 A Michigan Tech MSE/ECE team’s work on 3D printing and strategic alliances with industry was covered by MSN Money, the Wall Street Journal, Business Week, 3D Printing Industry and many others.

Open Electronics ranked Michigan Tech’s open-source metal 3D printer as one of 10 of the Most Incredible Open Source Hardware projects born in 2013.

Michigan Tech’s 3D Printers for Peace Contest was listed as one of the top 5 3D printing applications of 2013 by 3D Printing Industry.

Malaysi’s HongKiat named Michigan Tech’s metal 3D printing as one of 6 Tech Trends That Will Dominate 2014.

6 Tech Trends That Will Dominate 2014

Metal printers are usually available for half a million, and only to organizations, not for personal use. Earlier this December, Michigan Technological University announced their open source 3D metal printer, which is available for only $1500.

Joshua Pearce (MSE/ECE) was interviewed for Teknisk Ukeblad (Technical Weekly), which is Norway’s leading engineering journal on 3D printing. His group’s 3D printing research was also covered by Ingeniøren, a Danish weekly newspaper specializing in engineering topics. Michigan Tech’s research in 3D printing was discussed in The Conversation in an article “What price our fascination with cheaper 3D printing?”