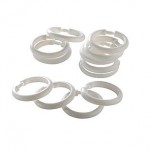 Michigan Tech research in 3D printing was covered by Reason in the article “The 3D Economy.”

The 3D Economy
Forget guns, what happens when everyone prints their own shoes?

Already, according to a study authored by Michigan Technological University engineering professor Joshua Pearce and six others, there are significant economic incentives for consumers to pursue 3D printing. According to Pearce’s calculations, a person who constructs an open-source 3D printer called the RepRap at a cost of around $575 for parts can theoretically avoid paying between $290 and $1,920 a year to retailers simply by using the device to print 20 common items (iPhone case, shower curtain rings, shoe orthotics, etc.).

Read more at The 3D Economy, by Greg Beato.

Pearce is quoted in Italy’s Scienze Naturali in an article about the environmental benefits of 3D printing and in 3D Printer World on how recycling milk jugs into 3D printer filament saves money and the environment.

The energy savings is only about 3 percent in urban areas, where the plastic has to travel less during the collection and recycling process.

“Where it really shows substantial savings is in smaller towns like Houghton (where Michigan Tech. is located), where you have to transport the plastic to be collected, then again to be recycled, and a third time to be made into products,” Pearce said. The energy savings is as much as 80 percent in small towns and rural areas.

Joshua Pearce (MSE/ECE) is quoted in the UK’s Business Reporter in an article about supply chain disruption, which is distributed with the Daily Telegraph.

Pearce was interviewed on the John and Kane Show of Indio Radio discussing open source hardware which is available online.

Joshua Pearce, a materials science and engineering professor at Michigan Technology University in the US has produced research based on the idea of a colourimeter for water testing.According to his estimates, the printable version would cost just $50, instead of $2000, and it worked just as well with raw materials that can be easily sourced in developing countries.

We talk to Dan Reus who you can find on Twitter @danreus and also at http://openlydisruptive.com…. He has a guest who is Joshua Pearce on the phone who we will be talking to today…. Joshua is Professor at Michigan Tech and he specializes in open source technologies so we will talk to him more about that…. Very Interesting…. We also talk about 3D printing for those of you that don’t know what it is, this is so cool…. You can find Joshua at http://appropedia.org/MOST….or: http://mtu.academia.edu/JoshuaPearce

Listen to the podcast interview with Joshua Pearce on Indio Radio. The segment runs from 06:18 to 26:33.

Lifting the Brakes on Fuel Efficiency 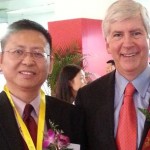 The work of a research leader at Michigan Technological University is attracting attention from Michigan’s Governor as well as automotive companies around the world. Xiaodi “Scott” Huang of Michigan Tech’s Department of Materials Science and Engineering helped Governor Rick Snyder promote Michigan’s automotive industry at China’s 2013 international auto parts expos. Huang’s research is the basis for his MTEC SmartZone company, LiteBrake Tech, which was one of eight companies chosen to represent Michigan automotive technology overseas.
MORE 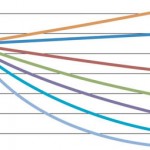 Joshua Pearce (MSE/ECE) was interviewed for Renewable Energy World in an article “Unlocking Solar Energy’s Value as an Asset Class.” 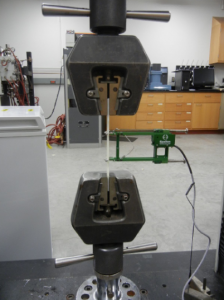 “We were curious too. Our prints seemed strong, but we wanted to engineer robust scientific equipment and tools for the developing world, so we needed solid trustworthy numbers.” said Joshua Pearce, an associate professor of Materials Science & Engineering and Electrical & Computer Engineering and Michigan Technological University.

If you thought that plastic parts produced from your average RepRap desktop 3D printer were in any way weaker than those made with commercial 3D printers, you may be proven wrong. The research lab of Dr. Joshua Pearce at Michigan Technological University has once again put out a study in favour of low-cost 3D printing. After already establishing that such devices could create affordable open source lab equipment for universities, as well as save consumers $300 to $2,000 a year with the printing of common household items, Pearce’s lab has tried to demonstrate that low-cost 3D printers can print ABS and PLA parts with the same strength as those made with commercial printers.

3D printing has become a useful tool, but so far has been limited in the materials it can use. Michigan Tech researchers are now developing a way to print 3D objects using metal.

If you thought that plastic parts produced from your average RepRap desktop 3D printer were in any way weaker than those made with commercial 3D printers, you may be proven wrong. The research lab of Dr. Joshua Pearce at Michigan Technological University has once again put out a study in favour of low-cost 3D printing.

There’s still a great deal of research ahead of the team, to further elucidate the properties of objects printed with low-cost 3D printers, such as the effects of chemical post-processing on the strength of a print. Pearce explains, “This study only looked at the tensile strength in the plane of the print bed, next we need to expand this study to look at interlayer adhesion.”

***
Pearce was also interviewed about how 3D printing is environmentally green on Living on Earth–PRI’s Environmental News Magazine.

***
Professor Paul Sanders (MSE) and Pearce were interviewed on ABC10.

CURWOOD: Back before the industrial revolution, if you needed some thing, you or someone else would make it by hand. Then along came the production line and big machines that could mass produce items quickly and cheaply. And now we are headed back to future with so-called 3D printing, where a fairly small machine can make just about any metal or plastic object simply by following precise instructions from a computer. A team at Michigan Technological University has studied the possible environmental and the financial benefits of 3D printing. Joshua Pearce led the research and explains the surprising results.

Read the transcript or listen to the audio stream/download at Living on Earth, with Steve Curwood and Joshua Pearce.

“What our group has done hear at Michigan Tech is radically pushed the cost of 3-D printers down. So commercial 3-D printers that could do plastic used to cost $20,000. Now with the Open Source project, that cost has come under $1,000 and the ones we are building with our students cost under $500,” Materials Science and Engineering Associate Professor Dr. Joshua Pearce said.

Assistant Professor Paul Sanders said when he heard about 3-D printing with plastic, he questioned if it could be done with metal.

“This is essentially welding but it’s different because instead of joining two big pieces of metal, we’re making everything out of the weld wire itself,” he said. 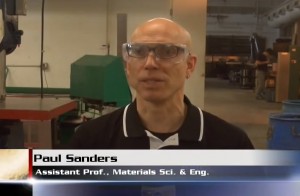 Pearce was also interviewed by 3D Printing Industry in the article “3D Printing Plastic — Distributed Recycling and Distributing the Benefits.”

***
Michigan Tech’s 3D-printing program was highlighted in The Conversation article“Researchers can be ‘digital blacksmiths’ with 3D printers.” 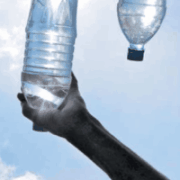 Joshua Pearce (MSE/ECE) is quoted in Germany’s Technology Review in an article about solar water purification.

The interview concerns the SODIS method–solar water disinfection–which relies on the ultraviolet and infrared rays of the sun to disinfect by killing pathogens that contaminate water.

Larry Sutter is a Faculty Fellow

The Office of the Vice President for Research has selected the 2014 recipients of the newly implemented Faculty Fellow Program. The first Faculty Fellows for 2014-2015 are: Larry Sutter (MSE), for Sponsored Program Administration, Adrienne Minerick (ChE) for Strategic Planning and Budget, and Yoke Khin Yap (Physics) for Economic Development and Technology Commercialization.

A Faculty Fellow in Sponsored Programs will be involved in areas such as pre- and post-award processing and administration.

Peng, who recently completed a PhD in Materials Science and Engineering at Michigan Tech, was honored with the 2013 Bhakta Rath Award for his exceptional research on the use of microwaves to make steel. “I am truly grateful for the education at Michigan Tech which laid a solid foundation for my career,” said Peng. “I am also deeply indebted to my advisor, Jiann-Yang Hwang, for his excellent and invaluable guidance during my PhD studies.”

The award recognizes early-career individuals under the age of 40 for their potential as future leaders within TMS and the materials and engineering community. Award winners have unique opportunities to become more involved in society activities and to network with prominent TMS members.

Award winners receive complimentary 2014 TMS membership and sponsorship for their attendance at the TMS annual meeting in San Diego.

The winners were formally recognized at the 143rd TMS Annual Meeting & Exhibition in February.

Joshua Pearce (MSE/ECE) was quoted in PV Magazine in an article on how solar securities may offer major investment potential.

Pearce, an associate professor in the Department of Materials Science & Engineering and Department of Electrical & Computer Engineering explains, “Our results show that, under reasonable assumptions, securitization of solar power purchase agreements or PPAs can significantly reduce project financing costs.

Research by visiting scholar Theresa Alafita (MSE) and Joshua Pearce (MSE/ECE) on the securitization of solar photovoltaic systems was covered by the Clean Energy Finance Forum and Renewable Energy World.

Securitization of residential solar PV power purchase agreements (PPAs) can reduce the cost of capital for solar PV projects by between five and 13 percent, said the researchers, Theresa Alafita and Joshua Pearce.