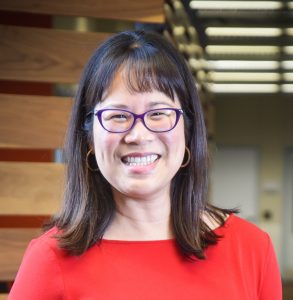 Lily Wang will lead a workshop on “Designing a Modular Stage Shell Ceiling” on the Rozsa Center Stage. The workshop will be from 9 a.m. to 5 p.m., Thursday, March 1. In the afternoon, students will form teams and come up with design ideas for the modular ceiling. The workshop will continue from 9 to 11 a.m. Friday, March 2, when student teams will present their design ideas. Students, faculty and community members are invited to attend the workshop.

Wang will also present a lecture on “Theater Design Considerations.” Her visit is co-sponsored by the Visiting Women & Minority Lecturer Scholar Series (VWMLSS) which is funded by a grant to the Office of Institutional Equity and Inclusion from the State of Michigan’s King-Chavez-Parks Initiative, and the departments of Mechanical Engineering-Engineering Mechanics and Visual and Performing Arts.

Wang is a professor in the, and associate dean for graduate programs and faculty development in the College of Engineering at the University of Nebraska—Lincoln. Her primary research interests are in room acoustics and noise control. Wang’s research group’s work on human perception and performance in noise, classroom acoustics, uncertainty in acoustic measurements and room acoustics computer modeling has been funded by the Environmental Protection Agency, the National Institute of Health, the National Science Foundation, among others.

The Rozsa Center for the Performing Arts will present the legendary Ailey II: The Next Generation of Dance at 7:30 p.m. Tuesday (Feb. 27), as a part of its 32-city US tour.

The Alvin Ailey dance spirit shines in Ailey II, known for its exhilarating and timeless performances nationally and internationally. Ailey II has been hailed as “second to none” by Dance Magazine, and noted for its “off the charts energy” by The New Yorker.

The acclaimed 12-member ensemble will inspire audiences in cities across the U.S. and also reach international audiences in France and Spain. The troupe will return home for its annual New York season, taking place at the Ailey Citigroup Theater March 14 – 25.

Ailey II is universally renowned for merging the spirit and energy of the country’s best young dance talent with the passion and creative vision of today’s most outstanding emerging choreographers. One of the most popular dance companies in the country, Ailey II combines a rigorous touring schedule with extensive community outreach programs.

The program at the Rozsa will include the iconic “Revelations,” first premiered by Alvin Ailey in 1960. Judith Jamison, artistic director emerita of the Alvin Ailey Dance Theatre, says, “Alvin was making a statement about African-American cultural experience, saying, ‘Hey, this is who we are, we live here, we were born here,’ It was a brave action. Civil rights were roaring, and our protest was our performance.”

For more information on the tour, visit alvinailey.org.

Tickets are on sale now: $22.00 – Adult, $10.00 – Youth, no charge for students with the experience tech fee. Tickets are available by phone at 7-2073, online, in person at the Central Ticketing Office in the Student Development Complex or at the Rozsa Box Office the evening of the performance. The Rozsa Box Office opens two hours prior to performances.

Carnival of the Animals Concert Saturday 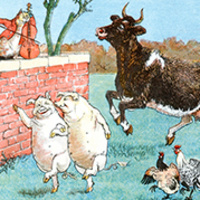 The Keweenaw Symphony Orchestra presents “Carnival of the Animals,” 7:30 p.m. Saturday (Feb. 24) in the Rozsa Center for the Performing Arts.

One of the great zoological works in the orchestral canon, “Carnival of the Animals,” by Camille Saint-Saëns, includes humorous depictions of elephants, donkeys, lions, hens, roosters, tortoises, kangaroos and the famous “swan” for solo cello.

Tickets are $19 for adults, $6 for youth and no charge for Michigan Tech students with the Experience Tech Fee. Tickets are available online, by phone at 7-2073, in person at the Central Ticketing Office in the Student Development Complex or at the Rozsa Center Box Office the evening of the performance. The Rozsa Box Office opens two hours prior to performances.

This concert is sponsored by a gift from John and Biruta Lowther. 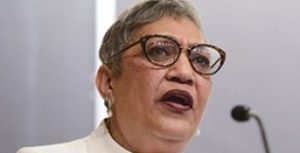 Tech Theatre Presents “When You Comin Back, Red Ryder?” 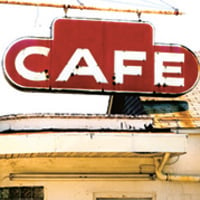 The action involves the employees and customers of Foster’s Diner in Hope, New Mexico, in the 1970s. Their daily grind is disrupted with the arrival of two couples, the upscale Richard and Clarisse, and the younger and wilder Teddy, an unbalanced Vietnam War vet and Cheryl, his hippie girlfriend. Complications arise when illegal drugs and guns enter the picture, and Teddy resorts to inflicting physical, mental and emotional torment. Emotionally charged and unpredictably brutal, the play plunges from the mundane to frightening.

Performances of “When You Comin Back, Red Ryder?” are Thursday, Friday and Saturday (Feb. 22-24), and March 1-3 in the McArdle Theatre in the Walker Arts and Humanities Center. Performance times are 7:30 p.m. each evening.

Tickets at $13 for adults, $5 for youth and no charge for Michigan Tech Students with the Experience Tech fee. Tickets can be purchased online, by phone at 7-2073, in person at the Central Ticketing Office in the SDC and at the McArdle Theatre prior to the show. 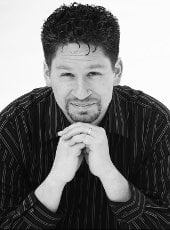 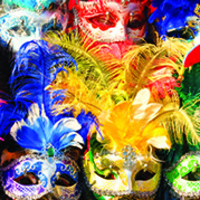 This exhibit features paintings by artists Raquel Alvizures (Guatemala) and Ross Chaney (Cherokee and Osage Nations / New Mexico). Both artists combine colors and textures to develop paintings that express their ties to their cultures and to the stories that shaped them.

The artists will be on campus for lectures and community events, supported in part by a grant from the Michigan Tech Visiting Women and Minority Lecture Series. The exhibit is curated by Lisa Gordillo.

There will be an opening reception from 5 to 6:30 p.m. Friday, March 2. The reception will feature a conversation with the artists at 5:30 p.m.

This lecture is partially sponsored/funded by the Visiting Women & Minority Lecturer/Scholar Series (VWMLSS) which is funded by a grant to the Office of Institutional Equity and Inclusion from the State of Michigan’s King-Chavez-Parks Initiative.