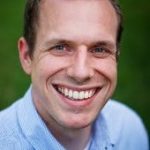 Stephen Techtmann (Bio Sci/GLRC) is the PI on a project that has received a $239,475 research and development grant from the U.S. Department of the Interior. The project is titled “Bilge Water Microbiomes as Biosignatures of Maritime Provenance.”

This is the first year of a potential three year project totaling $883,735.

Yin and Yang of Nitrogen – Check out the new blog 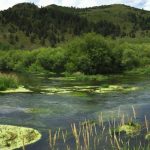 Dr. Amy Marcarelli’s lab has a new web blog The Yin and Yang of N in Streams.   Follow along as Amy and her students investigate the cycling of the element nitrogen from the back of their van all across the United States. Primary funding for this project comes from a NSF CAREER award.

From our Chair, Dr. Joshi:

Heartiest congratulations to assistant professor Dr. Ebenezer Tumban for receiving his first NIH-R15 grant worth $457,197 for developing a new vaccine to enhance protection against oral HPV infections in HIV patients. This is a three-year project starting September 1, 2016. Dr. Tumban joined us just two years back so this is a great achievement of obtaining substantial extramural funding so fast. Great job, Ebenezer!

Ebenezer Tumban (Bio Sci/LSTI) is the principal investigator on a project that has received a $457,197 research and development grant from the U.S. Department of Health and Human Services-National Institutes of Health (National Institute of Dental and Craniofacial Research.) The project is titled, “Development of a Multi-epitope L2 Bacteriophage VLPs Vaccine to Enhance Protection Against Oral HPV Infections in HIV Patients.” This is a three-year project.

Michigan Tech Alumnus Robert (Bob) Martin recently received the Hologic Joseph Public Health Award at the American Society for Microbiology’s recent Microbe 2016 meeting in Boston. In addition to earning his mater’s in Biological Sciences from Michigan Tech, Martin was the head of the U.P. state health lab, located on the Tech campus and also taught medical bacteriology. According to the ASM the Hologic Joseph Public Health Award “Honors a distinguished microbiologist who has exhibited exemplary leadership and service in the field of public health.” Martin is also a member of Michigan Tech’s College of Science and Arts Academy.

Xiaoqing Tang in the news

The Inquisitor published the article “Can this protein cure cancer? Scientists have learned to block tumor ‘messages’ in human cells” that refers to research by Dr. Xiaoqing Tang.

You can read the article here.

A Michigan Tech professor has received a prestigious national recognition. Ebenezer Tumban (Bio Sci) has been named a National Academies Fellow in the Life Sciences for the 2016-17 academic year by the National Academies in Washington, DC.

In a letter to University President Glenn Mroz, Barbara A. Schaal, vice president of the academy and chair of the division of earth and life sciences, said the honor was bestowed upon Tumban because of his selection and “enthusiastic participation” in the 2016 National Academies Northstar Summer Institute (NANSI) on Undergraduate Education in Biology held last month at the University of Minnesota.

According to the letter, representatives from 15 U.S. research universities met in Minneapolis for three days of workshops, discussions, intensive teamwork and analysis focused on enhancing undergraduate education within the themes of active learning, assessment and diversity.

Tumban says he was “overwhelmed with joy” when he learned of the honor. Of the three-day summer institute he says, “I put in a lot of effort to prepare a learning activity which I used during my teaching demonstration, and I’m glad it paid off.”

Tumban expressed gratitude to Bruce Seely, dean of the College of Sciences and Arts, Provost Jackie Huntoon and Chandrashekhar Joshi, chair of the Department of Biological Sciences, for providing the financial support needed to attend the workshop.

“Dr. Tumban is a phenomenal instructor who truly enjoys teaching; he is an active researcher who is engaged in developing new vaccines against human papilloma virus and he is a delightful colleague who is always willing to help others,” Joshi says.

Joshi adds that when the opportunity came for Tumban to attend the NANSI workshop, he enthusiastically volunteered. “So far, four other faculty members in biological sciences and one faculty member in chemistry have previously participated in similar NANSI workshops, and they have already incorporated what they learned into their regular classroom teachings,” Joshi said.

Tumban said he appreciates all the support he’s received. “I would also like to thank NANSI for organizing the workshop and the Center for Teaching and Learning at Michigan Tech for exposing me to different active learning strategies which were instrumental in the workshop.”

In her letter to Mroz, Schaal said, “by sending participants to the National Academies Summer Institute, your institution is at the forefront of improving undergraduate education that is so essential for preparing both future scientists and scientifically literate citizens.

Kambrie Boomgaard (Grand Rapids Community College) will be presenting a poster based on research in Dr. Ebenezer Tumban’s research lab.

Her title and abstract are:

Currently, there are about 19 human papillomavirus (HPV) types that can cause cervical, penile, and anal cancers. A Second-generation HPV vaccine (Gardasil-9) has been approved to protect against more HPV types. However, the vaccine is going to protect against HPV types that cause only 86-90% of HPV-associated cervical and penile cancers. Complete protection from all HPV-associated cancers requires the addition of HPV L1 capsid from all cancer-causing HPVs. As an alternative approach to L1, we targeted conserved epitopes on L2 capsid protein to elicit broad protection against more HPV types. We developed bacteriophage (phage) MS2 and AP205 virus-like particles (VLPs) displaying a conserved L2 epitope and consensus epitopes from the L2 of all cancer-causing HPV types. Although some of the L2-phage coat proteins assembled efficiently into VLPs, the assembly of other L2-phage coat proteins were sub-optimal. The main goal of this research was to assess if the solubility and assembly of the sub-optimal L2-phage coat proteins could be enhanced by expressing the proteins in two different bacterial strains and at different temperatures. Our preliminary results show that AP205 displaying L2 is expressed and is soluble in Origami cells induced at 37 °C.

by Center for Diversity and Inclusion

Join the Center for Diversity and Inclusion from 3 to 5 p.m. Thursday June 16, in MUB Ballroom A where students from Delta College, Grand Rapids Community College and Wayne County Community College who have been participating theMiCUP Residential Summer Research Program will present posters.

Join in a celebration of their accomplishments. This event is free and open to the public. Refreshments will be served.

Heartiest congratulations to the following faculty and graduate students from Biological Sciences Department who have been identified as one of only 85 campus-wide instructors who received an exceptional “Average of 7 dimensions” student evaluation scores during Spring 2016 semester. Their scores were in the top 10% of similarly sized sections university-wide that had at least a 50% response rate.

Provost Jacqueline Huntoon recently congratulated them for their outstanding accomplishments in teaching.

The following faculty received scores above 4.63 out of 5 on average of 7 elements of university-wide class size group with response rate of >50% on student evaluations of their lecture classes:

The following instructors received scores above 4.76 out of 5 on “average of 7 elements” of university-wide class size group with response rate of >50% on student evaluations of their classes: 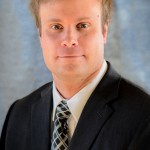 Robert Larson, PhD student in Biological Sciences, has been awarded the 2016  AAS-Lundbeck Research Fellowship as announced on their website.   His research is titled ” Targeting Cardiac Sympathetic and Renin Angiotensin Systems with Ang-(1-7) in Hypertrophic Cardiomyopathy” which will be completed in the Department of Internal Medicine at The University of Iowa Carver College of Medicine with Dr. Mark Chapleau.

The Summary of his research:

Hypertrophic cardiomyopathy (HCM) is a relatively common inherited disease characterized by cardiac hypertrophy (enlarged heart), fibrosis, and dysfunction. Patients with HCM exhibit abnormal neural reflex control of blood pressure and heart rate, and are at high risk of developing heart failure, arrhythmias and sudden cardiac death. Current treatment strategies primarily target symptoms and not development of the disease. We propose a novel treatment strategy with Angiotensin-(1-7), a peptide known to diminish sympathetic nerve activity and the pro-fibrotic and pro-hypertrophic actions of angiotensin II. We hypothesize that a combination of sustained inhibition of cardiac sympathetic activity and inhibition of adverse cardiac actions of angiotensin II will act synergistically to prevent or reverse cardiac fibrosis, hypertrophy and arrhythmias in HCM. We will test this hypothesis using an established mouse model of HCM, in which a human mutation is targeted selectively to the heart.

Robert will be completing his degree under Kineseology and Integrative Physiology Adjunct Professor Qing-Hui Chen this summer.