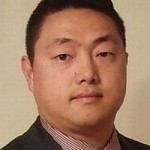 Protein from a small, tasty mollusk inspired Michigan Technological University’s Bruce P. Lee to invent a new type of hydrogel actuator.
Hydrogels are soft networks of polymers with high water content, like jello. Because of their soft, gentle texture, they have the potential to interact safely with living tissues and have applications in a number of medical areas, including tissue engineering. Lee, an assistant professor of biomedical engineering, wanted to make a hydrogel that wouldn’t just sit there.
MORE

Michigan Technological University’s Adrienne Minerick has been named a Fellow of the American Association for the Advancement of Science. 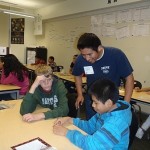 The Michigan Tech students are part of the University’s Society of Hispanic Professional Engineers student chapter. 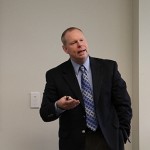 A day-long orgram of special seminars was offered for university people to find the information to protect intellectual property. This free Seminar was for Inventors, Entrepreneurs, Educators and Legal Professionals featuring Speakers from the United States Patent & Trademark Office and Michigan Technological University.

Children running around with huge smiles on their faces, the sound of laughter and tons of exclaimed “whoas” is typically a scene from an amusement park. Or in Michigan Technological University’s case, a Science and Engineering Festival.

October is STEM (Science, Technology, Engineering and Mathematics) Awareness month in Michigan. All month long, events have been held across the state, and right here in the Copper Country, to help youth become more interested in STEM subjects.
MORE

Smile! Better Dental Implants are on the Horizon

A brighter, better, longer-lasting dental implant may soon be on its way to your dentist’s office. Dental implants are posts, usually made of titanium, that are surgically placed into the jawbone and topped with artificial teeth. More than dentures or bridges, implants mimic the look and feel of natural teeth. While most dental implants are successful, a small percentage fail and either fall out or must be removed. A scientist at Michigan Technological University wants to lower that rate to zero using nanotechnology.

Dr. Xuan Liu’s laboratory focuses on developing novel optical imaging and sensing techniques for biomedical applications. One major area of our study is optical coherence tomography (OCT) which provides high resolution cross-sectional images of biological specimen in real-time. OCT has been used to help the diagnosis of various diseases in ophthalmology, cardiology and oncology. Currently, we are developing a manually scanned OCT system with a miniature probe. Moreover, we are also interested in extraction functional information from OCT images to characterize chemical and mechanical properties of biomedical specimens or synthetic biomedical materials. 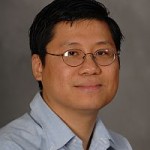 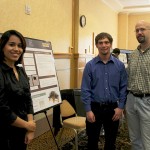 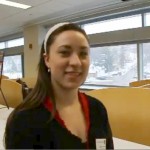