The nine students in Michigan Technological University’s MBA program returned from India with a new appreciation for how the rest of the world does business.

“We chose Bangalore because it’s the Silicon Valley of India,” said Jodie Filpus, who directs recruitment and admissions for the MBA program.

The online MBA program includes three residencies, during which the students leave their far-flung homes to meet in person with each other and their professors. Two residencies are held on the Michigan Tech campus. The third and final residency involves a week of international travel. “We do this so the students will be exposed to different cultures, as well as to introduce them to international businesses,” Filpus said.

It would be hard to imagine a city more different from Houghton than Bangalore. “It’s a very interesting place,” she said. “It’s beautiful in many respects, with its temples and palaces, and it’s so rich in history.” However, the population in the city of over 8 million has grown by over 65 percent in the last 10 years and its infrastructure hasn’t kept up, “so it gave me an appreciation for what we have here.”

Led by Assistant Professor Latha Poonamallee of the School of Business and Economics and accompanied by Filpus, the MBA students visited several different organizations, from a pharmaceutical manufacturer to a nonprofit that provides solar-energy-system financing for poor villages.

“It was my privilege to design and lead this international residency, which was a fitting culmination of a well-designed, innovative MBA program that put the School of Business and Economics on the map among top online MBA programs in the country,” Poonamallee said.

During the spring semester, the students prepared for their trip by researching each of the companies and identifying a disruptive innovation to discuss with officials and offer potential solutions. Disruptive innovations are marketplace game-changers, such as iPods and cell phones, that upend earlier technologies.

Assistant Professor Andre Laplume taught them how. First they studied the companies’ products and strategies. “Then they proposed a new business for them to get into,” he said. “They described a new product, developed a rationale explaining why it should be adopted, and wrote an essay about it for their final exam.

“By the time they got to Bangalore and faced the company executives, they had something to bring to the table,” Laplume said. Not only was it a good opportunity to see how businesses function overseas, it also gave the students—most of them middle managers—a chance to display their skills before top-level executives.

Before traveling to Bangalore, student Holly Lehto had already put Tech’s MBA curriculum to good use. “Throughout the program I’ve been reaping the benefits,” she said. “A lot of concepts in the case studies are applicable to my day to day work.”

Her final exercise was to study the Bangalore-based market research firm Mu Sigma. “We talked about the possibility of going public, and we also discussed the possibility of capturing data from electrical transmission lines and selling it to clients,” said Lehto, a project manager for Allonhill, a Denver-based firm that provides due diligence and risk management services to the mortgage industry. “It was empowering to have the ear of these global executives, who were truly interested in hearing what we had to say.”

And there were revelations, said Mike Vigrass, manager of a natural gas compressor station with DT Energy-Michigan in Detroit. “I have traveled internationally, but not to India, and I was quite surprised at how much business was conducted in English,” he said. “At one of the site visits, we talked about the fact that India’s wages are going up, so that they are losing a competitive edge, and their answer was compelling. They said they think in English, which gives them an advantage over other emerging markets, where they have to translate the conversation.”

Another eye-opener was the visit with the nonprofit SELCO, which works to provide solar systems to the poor.  “I found that very interesting,” Vigrass said. “Among US corporations, it’s all about market share, getting bigger. For SELCO, it’s about meeting their customers’ expectations.”

Resource-stretched Bangalore has had trouble grappling with its own growth, he noted. “The population has exploded, and it’s hard for them to keep up their infrastructure.”

That culture shock did not take away from the trip, however. If anything, it made it even more worthwhile. “It was a very valuable experience, just to see how people in other parts of the world work and how they think,” Vigrass said.

Lehto agreed. “Both from a business and a cultural perspective, it was such an amazing trip,” she said.

Jessica Tompkins, a fifth-year student in business management, needs the help of the campus community.

Tompkins is competing for a $250,000 grant for her start-up company, Two Bows LLC, and has only three days to collect 250 votes to be considered for the award.

All you have to do to help is:

You can also watch this 45-second YouTube video to show you the above steps: How to Vote.

This community outreach is part of CHASE’s program, “Mission: Small Business.” It offers 12 grants in the amount of $250,000 to help small businesses grow. The deadline for weighing in is Saturday, June 30.

Tompkins founded Two Bows, which offers an apparel line with the outdoorsy woman in mind. “For far too long,” she says, “women have worn men’s hunting and fishing apparel because they had nothing else. Now they are able to ‘roll with the boys’ and not have to look like one.”

The endeavor has been fruitful; Two Bows recently received the Student Startup of the Year Award from the MTEC SmartZone.

Tompkins is developing a sewing company in the area, so that garments can be produced not only in America but in Michigan and help create jobs in the area.

Two Bows has raised a small amount of capital on crowdbackers.com and is near completion on a website through ZT Web Development.

More from Jess and Two Bows…

Learn all about paying your startup team members with equity.  Attorney Don Baker of Safford & Baker, PLLC will provide a noon time webinar all about stock grants and options for startup companies. Don is one of Michigan’s most experienced attorneys in startup companies and a down to earth presenter as well.   Bring your lunch and join local host John Diebel in room 101 in the School of Business and Economics building for this informative session sponsored by the MIT Enterprise Forum.  The session runs from noon – 1pm on Tuesday April 24. 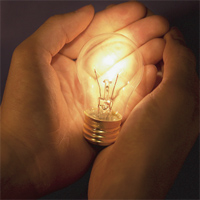 The “Savvy Entrepreneur” Series will host a panel discussion about cash flow management for entrepreneurs from 6 to 8 p.m., Tuesday, April 10, in the conference room of the ATDC, 1402 E. Sharon Ave. Networking begins at 5:30 pm.

The free session, hosted by the Office of Innovation and Industry Development, the School of Business and Economics and the Keweenaw Economic Development Alliance, is free and open to the public.

Every financier, venture capitalist, investor, consultant, banker and successful entrepreneur must manage cash flow, the lifeblood of any old and new enterprise. In this discussion, panelists will offer tricks and tips on understanding and managing cash flow to maximize the effectiveness of a company.

For more information, contact John Diebel at 487-1082 or at jfdiebel@mtu.edu .

Ben Mitchell and Wade Aitken-Palmer won for creating better bicycle components for rural Africans who depend on their bicycles for their livelihood. Their idea, called Baisikeli Ugunduzi (Swahili for “modern bicycle”), captured a $30,000 first prize and another $10,000 for Best Social Venture, for its sustainability and social impact, among other criteria. The invention is a tube that eliminates flat tires.

Thanks to the big win, he is planning a trip to Kenya in May to begin with more market testing.

“We are working with bicycle taxi drivers, who can go through many tubes in a month,” Mitchell said. “The tubes will have to be produced in Taiwan, as there are no production facilities in Kenya.”

Assembling will take place in Africa, however, and that will create some jobs.

“Our first hire will be a mechanic,” he said. “And he could do some modifications as well.”

Phil Musser, executive director of the Keweenaw Economic Development Alliance and mentor to the winning team, was not surprised at their success.

“It was clear from the beginning that they were serious about this business,” he said. “It was just a matter of them following through with organizational details and financial projections. It was a pleasure to work with them. Their work will have a serious social impact,” Musser added.

Jim Baker, executive director of innovation and industry engagement for Michigan Tech, was the key liaison between Central and Tech.

“I stepped in when Bob Mark passed away,” Baker said, referring to the late professor of practice who started the collaboration with Central. “John Leinonen (program director of the Michigan Tech Enterprise Corporation SmartZone) and student Travis Beaulieau were instrumental in keeping the teams moving forward and better prepared for the competition.”

Mitchell said, thanks to the all the help and the win, Baisikeli Ugunduzi has secured additional local funding assistance too.

When they began, Mitchell said, he had some catching up to do on the business side of things, but they did have a more thought-out design and a more developed prototype than most, thanks to their engineering backgrounds.

He has high hopes for the future.

“Some 50 million sub-Saharan Africans depend on bicycles,” he said. “As our mission statement says, we work with mechanics and bicycle taxi unions to design, produce and distribute products that add value to working bicycles and improve the livelihoods of bicycle taxi drivers, messengers and others who earn a living on their bicycles.”

Musser said it was a great experience for the six Michigan Tech teams who traveled to Mt. Pleasant and advanced past the first round. Teams actually began their work on projects in August and met weekly since then. On the Tech campus, Elevator Pitch Competition and New Business Venture Competitions helped prepare them for Mt. Pleasant. A total of thirty teams squared off at Central Michigan University.

“They did a tremendous job coordinating the whole event, with all the judges and student teams,” he said. “It was very well orchestrated.”

Central has also invited Baisikeli Ugunduzi back to talk about how it all develops in the future.

The New Venture Competition is a joint Central Michigan/Michigan Tech event. Locally, the competition is sponsored by the MTEC SmartZone, the Keweenaw Economic Development Alliance, and the School of Business and Economics.

Runner-up in the finals at Central Michigan was MVMT Media Products, an entry of Central Michigan students Sean Armstrong and Jeff Wegner. Their business would manage high-quality online video content. They took home $10,000.

Winning third place and $5,000 was Picket Books, the brainchild of Michigan Tech students Kyle Johnston, a biomedical engineering major, and David Shull, who is studying computer engineering. In their business, students rent textbooks from each other online, streamlining the process and reducing the costs.

“The prize money will be re-invested in the Houghton area,” Shull said. “We are hoping to find students to be a part of a startup to assist in our development work over the summer. We are looking to launch Picket Books by spring 2013.”

Shull talked about the overall experience.

“Over the weekend, I began to realize what makes Michigan Tech so special,” he said. “Most of our CMU competitors were majors in entrepreneurship or business, while many of the students competing for Tech were engineers or majors other than business. I think Tech’s emphasis on entrepreneurship while educating a generation of engineers proves Tech students can build businesses that will lead the world in innovation and creativity. The investment in competitions like this one are creating Tech’s future in the world of business, one student at a time.”

The prizes were awarded by Michigan’s Lieutenant Governor Brian Calley.