The 15th annual fair, held at Michigan Technological University, drew 230 fourth- through eighth-graders from across the western Upper Peninsula.

“We thought it would be a good idea to do a project with rabbits, because it was something that we figured a lot of other people wouldn’t be doing,” Yankovich said.

The students got extra credit for their science class, and had fun besides.

“I thought it was cool,” DuPont said of the science fair. “It was exciting.”

Chadde says the Science and Engineering Festival is a way to reward the students for their hard work on their science fair projects and it gives them some fun things to do while they wait for their project to be judged. She added that more than 50 Michigan Tech students from 14 different organizations help make this festival interesting for the children.

“They’re wonderful role models for the younger students that are here. And we help them, items of supplies and organization. But they do it so it’s really a fun event and you can see it’s packed. Parents love it and the kids love it,” she said. 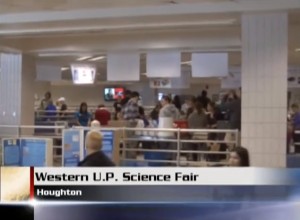 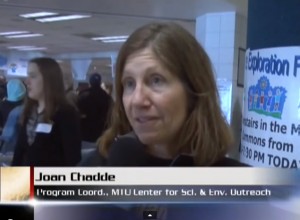 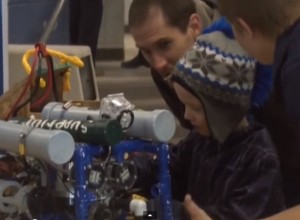