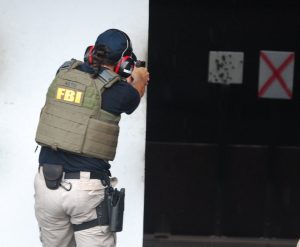 But the psychology major, who minored in military arts and sciences and Spanish (later earning a master’s in forensic psychology), knew that figuring out what you want and pursuing the goal for as long as it takes will take you where you want to be—from Army ROTC cadet and setter on the Michigan Tech Women’s Volleyball team to a fulfilling career investigating violent crime.