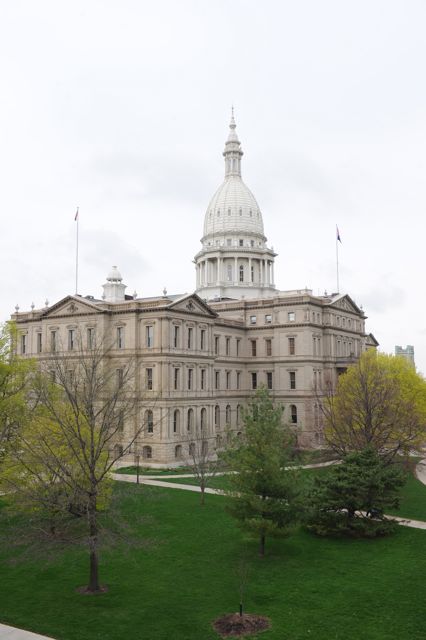 Four graduate students from Michigan Tech have gone to Lansing to talk with legislators about their graduate studies and future plans. Participating in an observance of Graduate Education Week in Michigan, they are joining more than 70 others from universities across the state, meeting with their hometown legislators and displaying posters in the Capitol.

Brodeur-Campbell, who is originally from Port Huron, earned his bachelor’s degree in chemical engineering and business administration at Michigan Tech. His research focuses on improving the enzymatic breakdown of cellulose to glucose, a vital step in the production of ethanol from plants. This step has proved a major hurdle to commercial production of this kind of ethanol, which does not compete with the food supply, due to the high cost of the enzymes and the length of time they take to work.

Killian’s research focuses on how mechanical loads applied to the meniscus–cartilage in the knee–affect the behavior of this tissue at the microscopic and cellular levels, with the aim of eventually improving tissue engineering of replacements. She is also studying osteoarthritis produced by injuries to the knee, in hopes of developing better treatments and rehabilitation strategies.

Kueber, who also earned a Bachelor of Science in Civil Engineering at Michigan Tech, went on to earn her master’s in project management at Northwestern University. Back at Tech for her doctoral studies, she is working to modify specifications and test methods for coal fly ash used in highway concrete, to make coal ash more useful as a supplementary material in concrete.

Morgan, a member of the Advanced Internal Combustion Engines research group at Michigan Tech, has been using gasoline direct- injection studies to compare ethanol to pump-grade gasoline in a combustion vessel. Now he is working on building a mobile hybrid electric vehicle learning laboratory funded by the US Department of Energy and helping undergraduate senior design students build a hybrid electric vehicle for educational use.

Graduate education is a key to a prosperous future for Michigan, said Jacqueline Huntoon, dean of Michigan Tech’s Graduate School. Michigan ranks ninth in the US for the number of research-based doctorates awarded, with 2,720 awarded in 2008-09. Of those, 47 were awarded at Michigan Tech. 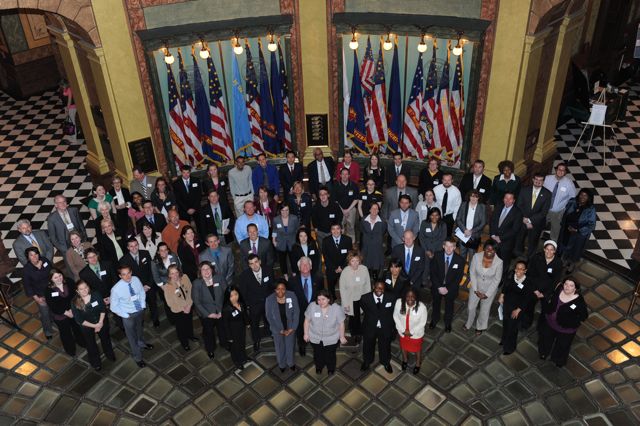