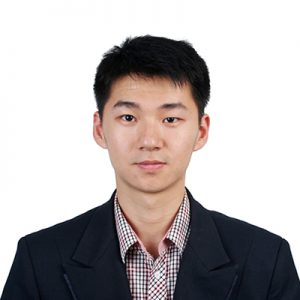 The story is about the final successful experiments after two weeks happened in 2014 summer. I was doing spark ignition of propane in CV. It was the first time we test with propane mixture. We only had experience with methane before that. We need to prepare fuel mixture (usually 800 bar in a 10 L mixing vessel) before testing and put the mixture into CV for ignition. The mixture preparation could take up to 1 hour. After making a new propane mixture, the first several ignitions were failed, then we got ignition. However, the peak pressure after combustion kept increasing which indicates the mixture composition were varying. We checked the literature, some say that it is due to the stratification of the mixture, some say that there is no stratification at all. For about two weeks, we didn’t get any normal combustion events as expected. We tried almost every method we could think of. Finally, Tejas and I tried 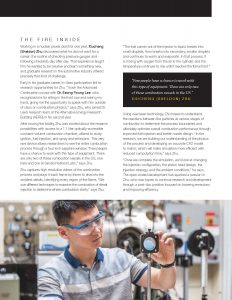 to make less mixture (about 400 bar in a 10 L mixing vessel) and moved the mixing vessel piston up and down to help mix the mixture better. It was very a simple solution, but it did work. We got consistent combustion with this method, and we confirmed the stratification issue of propane mixture. That was the moment, we kept our fingers crossed, and felt vast joy. It feels like that you walked in the dark for a long journal and finally reach your destination. After that, we were keeping improving the mixing procedure by changing filling orders.