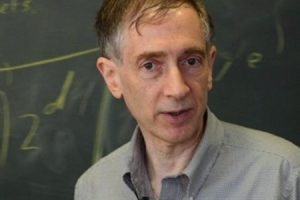 The Second Annual Kliakhandler Lectures will be held Sept. 29-30 at Michigan Tech. Richard Stanley of MIT will deliver the lectures which are sponsored by the Mathematical Sciences and funded by a generous gift from former faculty member Igor Kliakhandler.

His first lecture is from 5 to 6 p.m. Thursday, Sept. 29 in Dow 641. Stanley’s lecture will be “Plane Tilings,” in which he will discuss the challenges of filling a planar region with a given collection of shapes (tiles).  A jigsaw puzzle is a familiar type of tiling, though it is not very mathematical; decorative tile floors often use plane tiling to create an aesthetic effect. The physicist Roger Penrose created a family of tilings that are known as Penrose tilings.

Stanley will survey some interesting mathematics associated with plane tilings and discuss questions such as the following: Is there a tiling? If so, how many are there? If no tiling exists, how can we prove this? What special properties, such as symmetry, can a tiling possess? These questions involve such subjects as combinatorics, group theory, probability theory, number theory and computer science.