Fiesta! Comes to the Rozsa

The show doesn’t stop there—Local poet, formerly of Guatemala, Hugo Gordillo will present his collection of children’s poetry on which the music was based, in a pre-concert party hosted by Hugo Gordillo and Christ Alquist, with crafts, storytelling, and more fun, in the Rozsa lobby, making this truly an event for the whole family.

Poems and children’s stories will be read in both Spanish and English, and the entire evening will be the culmination of work by poets, Spanish language professors, theatre and fine art professors, and local and Guatemalan poets, writers, artists, musicians, and students.

The pre-concert “fiesta party” begins at 6:15 p.m. on Saturday, February 15, and the concert begins at 7:30 p.m. There will also be a live shadow-puppet performance during the concert presented by Patricia Helsel.

Colibrí is a Guatemalan musician, composer, puppetry artist, and music educator. He has produced six albums of children’s music, a children’s radio theatre, and several musical books for children. He often hosts workshops on creativity, music, puppetry, and theatre to share his skills with the world. He hopes to extend this collaboration with Michigan Tech artists for a long time. The music he composed for Fiesta! will also be performed by the Guatemalan Symphony Orchestra in Guatemala City this and next year. The concert will be accessible via live-streaming, and a concert CD will be created to mark the cultural exchange.

Hugo Gordillo is a prolific poet and the author of Fiesta!, a children’s poetry collection and the inspiration for this musical event. First published in 2013, Gordillo wrote the collection while sitting in the parks of Guatemala City, listening to children playing games and singing songs. The book includes a story about the friendship between a drum and a flute; birds who play musical instruments; magical flowers; and a monkey who is always playing tricks. He is an award-winning journalist and the founder of the PEN Writers’ Center of Guatemala, an organization for supporting journalists, writers, and editors.

Helsel, who is developing puppets for the event, hosted a summer puppetry workshop at the Copper Country Community Arts Center to prepare for it. Participants young and old worked with her to create shadow puppets, dancing flowers, and “el torito del fuego,” (a “little bull of fire”). The bull is part of many Guatemalan celebrations and will make an appearance in the concert. VPA faculty member Lisa Gordillo and her Contemporary Sculpture students helped to develop the concert bull puppet.

Tickets are on sale now: $13 for adults and $5 for youth, or no charge for Michigan Tech students with the Experience Tech fee. To buy your tickets, call (906) 487-2073, visit mtu.edu/rozsa, or in person at the Central Ticketing Office. Tickets are also available the night of the show at the Rozsa Box Office two hours prior to performances.

The purpose of the Challenge America grant is to support projects that extend the reach of the arts to underserved populations. NEA has approved 1,187 grants totaling $27.3 million in the first round of fiscal year 2020 funding to support arts projects across the country. The Sound of Music Festival is one of 145 Challenge America grants included in this announcement. The Challenge America funding category offers support primarily to small and mid-sized organizations for projects that extend the reach of the arts to populations that have limited access to the arts due to geography, ethnicity, economics, or disability. Each grant is for a fixed amount of $10,000 and requires a minimum $10,000 cost share/match.

“The arts are at the heart of our communities, connecting people through shared experiences and artistic expression, The National Endowment for the Arts is proud to support projects like the Surround Sound Music Festival.”

Last week, Visual and Performing Arts students attended the Kennedy Center / American College Theatre Festival (KCACTF Region 3) in Madison, WI. A number of our students did well at the festival.

Maddy Hunt was the winner for realized design (for sound design for in Michigan Tech’s production of Eurydice) and will have an expenses-paid trip to the Kennedy Center in Washington, DC for the national festival. While at the festival she will have opportunities for feedback from professional theatrical sound designers and she will compete for other national awards. 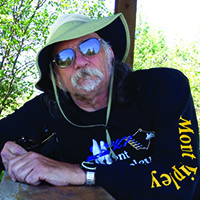 When longtime local resident Ken Steiner suddenly passed away three years ago, family, friends and the entire community came together for a memorial to celebrate all the lives he touched through his decades of good work to make the Keweenaw, and the world, a better place.

From a long list of friends playing the music to the majority of area restaurants where he worked providing food, there was an overwhelming outpouring of love, support and goodwill. Above all, there was a strong sense that the work Ken championed, the positive energy and creative spirit he inspired, would continue, carried forward by those who knew and loved him.

The event, from 6 to 11 p.m. Friday (Jan. 10) in the Rozsa Center Lobby, will feature good food, a cash bar, and once again a host of Ken’s friends and former bandmates making the music.

Ticket prices are: $20/donation of your choice. 100% of ticket sales will be donated in Ken’s name to Little Brothers Friends of the Elderly.

To purchase tickets, call 906-487-2073, go online, or visit Ticketing Operations at Michigan Tech’s Student Development Complex (SDC). Tickets will also be available at the Rozsa Box office on the evening of the benefit. 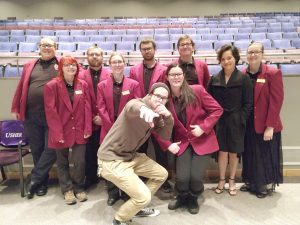