Rick and Jo Berquist Endow a Professorship in Entrepreneurship and Innovation

Rick Berquist has been associated with four universities in his life: He studied at Michigan State, the Colorado School of Mines, and Georgia Tech; and he has been a leader at Michigan Tech for twenty years.

“I learned more at Michigan Tech than the other three universities combined,” he says now. “I work with a lot of good people making good decisions. Being associated with people of that caliber has been rewarding.” And, although he’s not a business alum, the chemical engineering major says he gained his business acumen through the school of hard knocks.

One of the things he learned at Tech was fundraising. “I learned that anytime you lead a fundraising effort, you give mightily.” He says that with both conviction and a chuckle.

That realization led Berquist and his wife, Joan (Jo), to establish an endowed professorship in the School of Business and Economics with a $1 million estate gift and to fund the position during their lifetimes with annual giving. “I put my money where my mouth is,” he says, “and we get a great deal of satisfaction by doing this.”

They support the School of Business and Economics because it’s Berquist’s belief that engineers need to be well versed in technical issues and business skills. “Engineers need to get businesses going,” Berquist avows. “They need to bring forth products and services that help the country. Also, Michigan Tech does a great job of promoting teamwork, and that’s a big part of any success—create teams that make things happen.”

“This is a major gift in our School—not simply in the amount donated, but in the impact this endowment will have on our academic programs and our research,” says Dean Darrell Radson. “This gift will help us continue our mission to integrate the experience-based learning that will develop leaders in global business and innovation.”

Berquist says he emulates his father, who was a businessman known for his persistence and his product. “He pushed forward and established something for the good of the people. That’s important. You need them as customers.” His father started a propane distribution service in Carney, Michigan, in 1945, and he grew the business into home heating and propane transportation. Rick worked for his father and learned about entrepreneurship from him.

The Berquist professorship will also help the School build a core team of faculty in the areas of entrepreneurship, innovation, and business strategy. The professor will also be directly involved in teaching entrepreneurship classes and advising the Business Development Experience, where business students write and present business plans for new technologies being developed in engineering Senior Design courses and the Enterprise program. Saurav Pathak has been announced as the new Berquist professor. 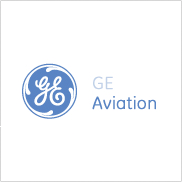 The ITOxygen and Advanced Metalworks Enterprises have received funding for a project from GE Aviation. The project involves collecting and analyzing historical manufacturing data to make recommendations to help improve manufacturing processes. It includes obtaining and querying manufacturing data, generating statistical models from the data, using the models to analyze and improve processes and integrating the models into the information technology infrastructure to automatically control manufacturing processes. The project will make place during the Fall 2010 and Spring 2011 semesters. It will be completed jointly by the Advanced Metalworks and ITOxygen Enterprises. 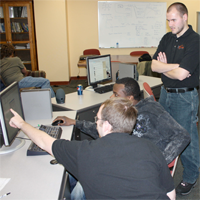 The ITOxygen enterprise team has begun a software analysis project for Michigan Tech’s Human Resources department. The goal of the project is to provide Business Process Models and recommendations for software that can aid in improving efficiency and work flow in the department. These models will serve as a springboard for utilizing Lean concepts to improve Human Resources processes in the areas of employment, benefits, and payroll.

“We are excited that ITOxygen will be providing Human Resources with very valuable recommendations on how our processes can be optimized, and how to best utilize available software packages” says Mary Zanoni, Project Lead for HR Technical Services.

Sophomore SherAaron Hurt, a business administration major, has been selected to be Michigan Tech’s participant in the General Motors Sullivan Fellowship Program. 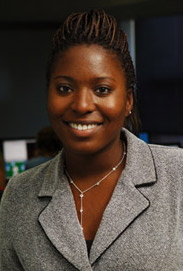 The Sullivan Fellowship is based on the Global Sullivan Principles of Corporate Social Responsibility. Developed by the Reverend Leon Sullivan, they are a set of human rights principles to be recognized by business and industry. They include providing workers a living wage and a safe workplace, refusing to pay bribes and honoring intellectual property.

Hurt was selected based on her grade point average, campus and community involvement, and ability to be an effective ambassador for the Sullivan Principles. She will receive an internship with GM, where she will evaluate her unit’s understanding and implementation of the Sullivan Principles. The fellowship also includes a $5,000 scholarship for 2007-08.

Finally, Hurt will be working with Enterprise program director Mary Raber to implement training and workshops on the Sullivan Principles on campus and in the community.

“Reverend Sullivan has been in my church before and was a wonderful speaker and a friend of my pastor’s,” Hurt said. “Spiritually, his foundation is my foundation, so being able to talk about this great man and his ideas is a special privilege.”

After her internship at GM, in August, she returns to Michigan Tech to continue to promote the Sullivan Principles.

“I hope to speak at orientation and make presentations at local high schools,” she said. “I want to make sure I reach as many people as possible, just as Reverend Sullivan did.”

The fellowship is sponsored by GM and the United Negro College Fund. For more information on the Sullivan Principles, visit