Perceived body image affects all members of a society. The desired look present in a culture determines how others will view themselves. In Western cultures, women who are considered beautiful are tall, skinny, have facial symmetry and light skin. Not every member of our society looks like this ideal and it creates problems across the sexes socioeconomic backgrounds.
Darryl Roberts examines our “obsession with beauty” in his documentary “America the Beautiful,” which was screened on Feb. 20 on campus.

Who really benefits from people’s insecurities? That’s what Darryl Roberts is trying to find out. On February 25 there was a showing of his newest installation of the series, “America the Beautiful 3,” as a part of National Eating Disorder Awareness Week. This film focuses on “the sexualization of our youth,” and is having its first showing ever here. On February 27, there was free and confidential eating disorder screenings in the MUB Peninsula room conducted by MTU Counseling Services, supported by the Association of Psychology Students.

Travel grants for spring 2014 have been awarded. Among the Presenting Travel Grants ($ 250) recipients are cognitive and learning sciences graduate students Erich Petushek and Wei Zhang.

The full list of graduate recipients can be accessed online.

Travel grants are awards that help subsidize cost of attending and presenting at conferences. These awards are sponsored by the Graduate Student Government (GSG) and the Graduate School. For more information on travel grants, please visit the webpage.

Should you have any questions, contact the GSG treasurer Jennifer Winikus (jawiniku@mtu.edu).

Visiting Scholar Presenting as Part of the VWMLS Series Monday

Priti Shah, professor of cognitive and educational psychology at the University of Michigan, will be visiting the cognitive and learning sciences department. She will give a presentation today, March 3, 2014, at 2 p.m., in Meese 109, entitled “Working memory and visual display comprehension.” The presentation is open to all.

This visit is being partially sponsored/funded by the Visiting Women and Minority Lecturer/Scholar Series (VWMLS), which is funded by the President’s Office and a grant to the Office of Institutional Equity from the State of Michigan’s King-Chavez-Parks Initiative.

Patrick Belling, who is a PhD candidate in Applied Cognitive Science and Human Factors, received an Exceptional Graduate Student Leader merit award by the Graduate Student Government (GSG). The GSG Merit Award Winners were recognized at the 2014 Graduate Research Colloquium with a plaque presentation.

Saima Ghazal, who is a PhD candidate in Applied Cognitive Science and Human Factors, is a Spring 2014 recipient of the Dean’s Award for Outstanding Scholarship. Saima was nominated by the Department of Cognitive and Learning Sciences based on her GPA, originality in research, professionalism, work ethic, and other selection criteria. Saima’s advisors are Edward T. Cokely and Rocio Garcia Retamero. 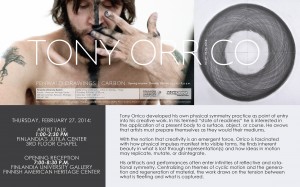 Brandon S. Perelman, who is an PhD candidate in Applied Cognitive Science and Human Factors, is a Spring 2014 recipient of the Outstanding Graduate Student Teaching Award. Brandon was nominated by the Department of Cognitive and Learning Sciences and recognized for his accomplishments by the Graduate School at Michigan Tech. Brandon’s advisor is Shane T. Mueller.