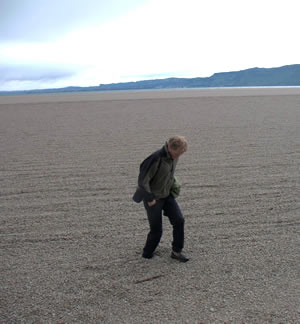 In early August, sailors in the southwest Pacific Ocean began to see their environment transmogrify. As far as the eye could see, the ocean turned from an azure delight into a colossal gathering of clinking, floating rocks. And then came the foul, sulfurous odors.

Satellite images—plenty of which were shared on Twitter by Simon Carn, a volcanologist at Michigan Technological University—showed a giant pumice raft twisting and warping in the open ocean, pushed around by the winds and waves. The raft covered an area a bit larger than San Francisco.