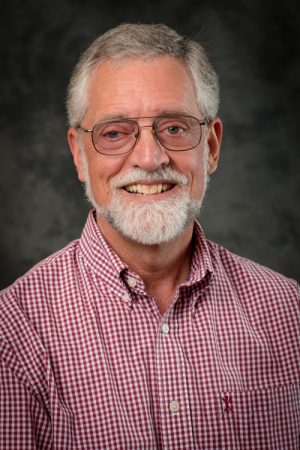 Professor Emeritus Ted Bornhorst (GMES), has been selected by the Michigan Museum Association (MMA) for one of its 2020 MMA Member Awards in the “Colleague Champions” category.

Bornhorst will be recognized at a virtual celebration hosted by MMA on Nov. 19, in recognition of his work that allowed the A. E. Seaman Mineral Museum to safely reopen to the public on July 1, and to plan a smooth transition of leadership of the museum upon his retirement as executive director and interim curator.

Simon Carn is the principal investigator on a project that has received a $325,000 research and development grant from the National Aeronautics and Space Administration.

The project is entitled, “Tracking Volcanic Gases from Magma Reservoir to the Atmosphere: Identifying Precursors, and Optimizing Models and Satellite Observations for Future Major Eruptions.” 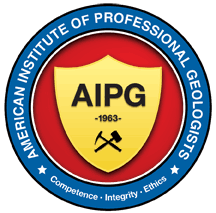 The American Institute of Professional Geologists (AIPG) Student Chapter at Michigan Technological University has been selected as the 2020 AIPG Student Chapter of the Year.

Each year, AIPG recognizes the most outstanding student chapter for their activities, achievements, and contributions to the Institute. The award letter states, “the Student Chapter at Michigan Tech stood out among the AIPG Student Chapters in the nation this past year, and are highly deserving of this distinction and honor.”

The current chapter officers are:

The Department of Geological and Mining Engineering Sciences (GMES) announced that master’s student Daniel J. Lizzadro-McPherson’s talk, “Remapping the Keweenaw Fault and Discovery of Related Structures in Michigan’s Historic Copper District,” was awarded the Best Graduate Oral Presentation from the Geological Society of America’s (GSA) 2020 North-Central Section Meeting, held online this past May 2020.

The talk was featured in the Unique Geology and Geoheritage of the Lake Superior Region Session led by Erika Vye (GLRC), William Rose (GMES), Jim Miller, and James DeGraff (GMES).

Lizzadro-McPherson presented on the history of mapping the Keweenaw Fault and the current remapping efforts aimed at understanding this complex fault system in northern Keweenaw County. For more information about this project or to receive a link to the virtual presentation please email djlizzad@mtu.edu.

Explore the eight presentations in the session by Michigan Tech researchers:

The Department of Geological and Mining Engineering Sciences offers our congratulations and best wishes to Theodore J. Bornhorst on his retirement after a long and productive career as Director for the A. E. Seaman Mineral Museum and professor at the Department of GMES! He has inspired many with his passion for mineralogy and Keweenaw geoheritage.

We are happy that he will continue his research at our department as a professor emeritus.

Aleksey Smirnov is an Outstanding Reviewer

Aleksey Smirnov (GMES) was named one of the American Geophysical Union’s Outstanding Reviewers of 2019. Smirnov was cited for his service to Geophysical Research Letters.

In 2019, AGU received over 16,700 submissions and published over 7,000. AGU is working to highlight the valuable role of reviewers through events (though they may be virtual) at the Fall Meeting and other meetings.

Thomas Oommen (GMES/EPSSI) is the principal investigator on a project that received a $41,167 research and development contract with the University of Nebraska-Omaha.

The project is titled “Flood Hazard Map to Water Management & Planning.” This is a one-year project.

Simon Carn (GMES/EPSSI) is the principal investigator on a project that has received a $117,411 research and development grant from the National Aeronautics and Space Administration.

The project is titled “Multi-Decadel Trends in Volcanic Emissions: Extending the Aura Record into the Past and Future”. This is a potential three-year project totaling $375,789.

Simon Carn (GMES) was quoted in the story “NASA asked the public to choose its all-time best photos of Earth. Here are 17 of them,” in UPWorthy.

An unexpected series of blasts from a remote volcano in the Kuril Islands sent ash and volcanic gases streaming high over the North Pacific Ocean.

“What a spectacular image. It reminds me of the classic Sarychev Peak astronaut photograph of an eruption in the Kuriles from about ten years ago,” said Simon Carn, a volcanologist at Michigan Tech. “The ring of white puffy clouds at the base of the column might be a sign of ambient air being drawn into the column and the condensation of water vapor. Or it could be a rising plume from interaction between magma and seawater because Raikoke is a small island and flows likely entered the water.”

Aleksey Smirnov (GMES) is a co-author on the paper “Paleomagnetic evidence for modern-like plate motion velocities at 3.2 Ga” published in Science Advances on April 22, 2020. This collaborative study (with Harvard University and Yale University) demonstrates that the drifting of tectonic plates (plate tectonics) may have started at least 3.2 billion years ago, earlier than previously thought.

This process may have been underway over 3.2 billion years ago.

Plate tectonics has been the dominant surface geodynamical regime throughout Earth’s recent geological history. One defining feature of modern plate tectonics is the differential horizontal motion of rigid lithospheric plates

The mode and rates of tectonic processes and lithospheric growth during the Archean [4.0 to 2.5 billion years (Ga) ago] are subjects of considerable debate. Paleomagnetism may contribute to the discussion by quantifying past plate velocities.

While plate tectonics have characterized Earth’s geodynamics in recent geologic time, it is unknown whether long-range horizontal motion of lithospheric plates occurred before ~2.7 Ga. Resolving this uncertainty would fundamentally contribute to understanding the formation settings of Earth’s earliest crust and nascent biosphere and the evolution of geodynamics in terrestrial planets in general.