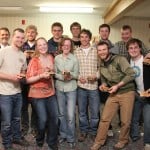 Photos can be seen on the Engineering Flickr Collection 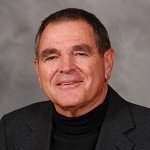 Jim Wark has been honored for the third time by Aerial Photographers Association. He is a Michigan Tech Geological and Mining Engineering and Sciences graduate with a BS in both geological engineering and mining engineering  in 1954 and is a member of the Academy (2006).
The Professional Aerial Photographers Association International (PAPA) is pleased to announce that Jim Wark of Pueblo, CO has been selected to receive the 2012 EPSON Aerial Photographer of the Year award.
Each year, this award is presented to one PAPA member who has demonstrated an outstanding contribution to aerial photography, based on the following criteria:
•Continuous excellence in aerial photography
•In the public eye via books, exhibits, lectures, publications
•Long term service to PAPA and its members

“Jim was the outstanding candidate for the award,” said Chuck Boyle, president of PAPA. “In addition to his extraordinary body of aerial photography work in the public eye, he is also a generous contributor of guidance and inspiration to the membership of PAPA.”
“On behalf of the PAPA membership and the entire PAPA Board of Directors, we congratulate Jim on this award.”
This year Jim has published his 9th book of his aerial photography, Leave No Trace, The Vanishing North American Wilderness. Additionally, five of his aerial images were selected for the new United States Postal Service “forever” postage stamps scheduled to be released in October of this year.
“My life’s work has been in aviation and earth sciences,” said Jim. “Combining these interests with an inherited instinct for photography has fulfilled my deepest ambition.”
“I am forever grateful to my wife, Judy, who gave me the unconditional support to wander the sky at will and to PAPA for providing the inspiration, assistance and camaraderie to get the job done. This award and the EPSON award of 2006 are among my most cherished achievements.”
This is the second time Jim has been honored for his work by PAPA with this award having been named the Aerial Photographer of the year in 2006, the first year it was awarded. He was also honored with a Lifetime Achievement Award by PAPA in 2005.
Jim Wark owns Airphoto (www.airphotona.com) in Pueblo, CO. During his 59 years as an aviator and 24 years of aerial photography, Jim has amassed a collection of more than 100,000 stock aerial images from Alaska and Hawaii, across America and Canada and to as far south as Grenada in the Lesser Antilles. His website offers more than 15,000 images online meticulously key-worded for the serious photo buyer. In addition to his books, Jim’s aerials have been published in textbooks, calendars, posters and magazines worldwide.

The Epson Aerial Photographer of the Year award, a commemorative etched crystal eagle, was presented at the PAPA International Annual Conference on March 4, 2012 which took place near Miami, FL. The award is sponsored by Epson and Logix of Michigan, sellers of Epson and other professional printers & printing supplies.
PAPA is a professional trade organization, whose members are aerial photographers throughout the world. The association’s goal is that of an educational group, dedicated to the promotion of high business ethics and helping members to provide quality service and products through shared experience. www.PAPAinternational.org