Langston Authors Article– Beyond the Oregon Protests: The Search for Common Ground

Professor Nancy Langston wrote an Op-Ed piece in the January 28, 2016 Yale Environment 360 online edition. The piece, Beyond the Oregon Protests: The Search for Common Ground, was written following the arrests and violence earlier this week in connection with the armed takeover of the Malheur Wildlife Refuge.

She is the author of a history of Malheur Refuge titled “Where Land and Water Meet: A Western Landscape Transformed.”

Since the takeover earlier this month, Langston has been interviewed by dozens of media outlets including the New York Times, Mother Jones, the Denver Post, National Public Radio, the Washington Post and the Oregonian, among many others.

Reynalds Publishes on Paternalism on the Michigan Iron Ranges 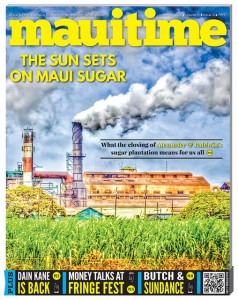 Maui Time, a Hawaiian newspaper, quoted Professor Carl MacLennan (SocSci) in a story about the closing of the Alexander & Baldwin Hawaiian Commercial and Sugar Mill. MacLennan published a book in 2014 documenting the rise and fall of the Hawaiian sugar industry. See the story here.

Nancy Langston, Professor of Environmental History, authored the article “In Oregon, Myth Mixes With Anger” published in the January 6, 2016 edition  of The New York Times.  The article focuses on the history of the Malheur National Wildlife Refuge.

Langston’s book, “Where Land and Water Meet“, which examines the history of Malheur and wildlife refuges in the West, was quoted on the January 5, 2016 The Daily Show with Trevor Noah in the piece titled “Land Wars:  Armed Standoff in Oregon”.