The Michigan Tech Archives premiered a new traveling exhibit about the life and times of Calumet photographer J.W. Nara at a special opening event on Wednesday, December 16, on the first floor of the J.R. Van Pelt and Opie Library at Michigan Technological University.  The exhibit will remain on display at the library through February 7, 2010.

The exhibit, funded in part by descendants Robert and Ruth Nara of Bootjack Michigan, works from historical photographs held at the Michigan Tech Archives. Interpretive panels highlight the people, places, and times that J.W. Nara experienced during his lifetime and include material on urban life, farming, and the 1913 Michigan copper miners’ strike. The exhibit is designed as a touring exhibit and will travel to libraries, museums, and schools following its initial installation in Houghton. A small exhibit catalog is available at no charge and includes three Nara photograph postcards from the collection.

The exhibit text was written by Michigan Tech archivists Erik Nordberg and Julia Blair, while the graphic layout design was completed by Mike Stockwell at Cranking Graphics.

The J.W. Nara exhibit will remain on display at the J.R. Van Pelt and Opie Library through February 7, 2010.

The exhibit consists of 10 vinyl ‘banner up’ panels. Here is the introductory panel, which discusses J.W. Nara’s life and photography business. J.W. did a lot of studio work, some if it fanciful like the onset pic of the bartender training the dog. 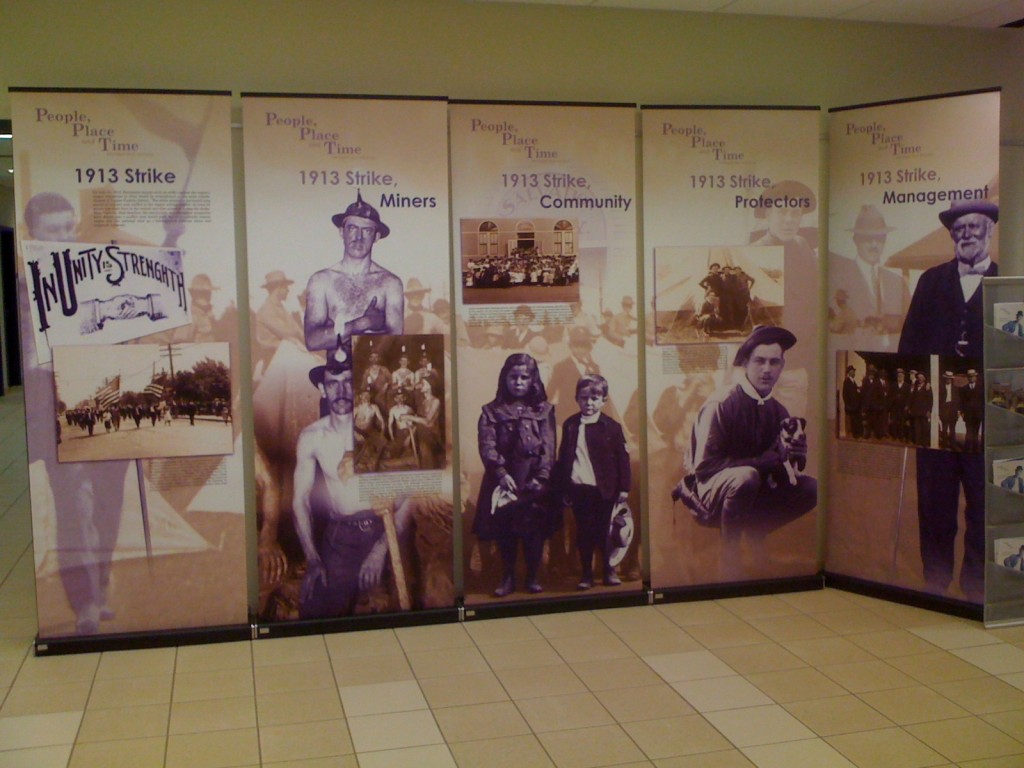 The remaining five panels explore themes concerning the 1913 Michigan copper miners’ strike, which Nara experienced – and photographed – first hand. One of our ulterior motives with this exhibit was to position ourselves a bit for planning for strike centennial commerorative activities in 2013. 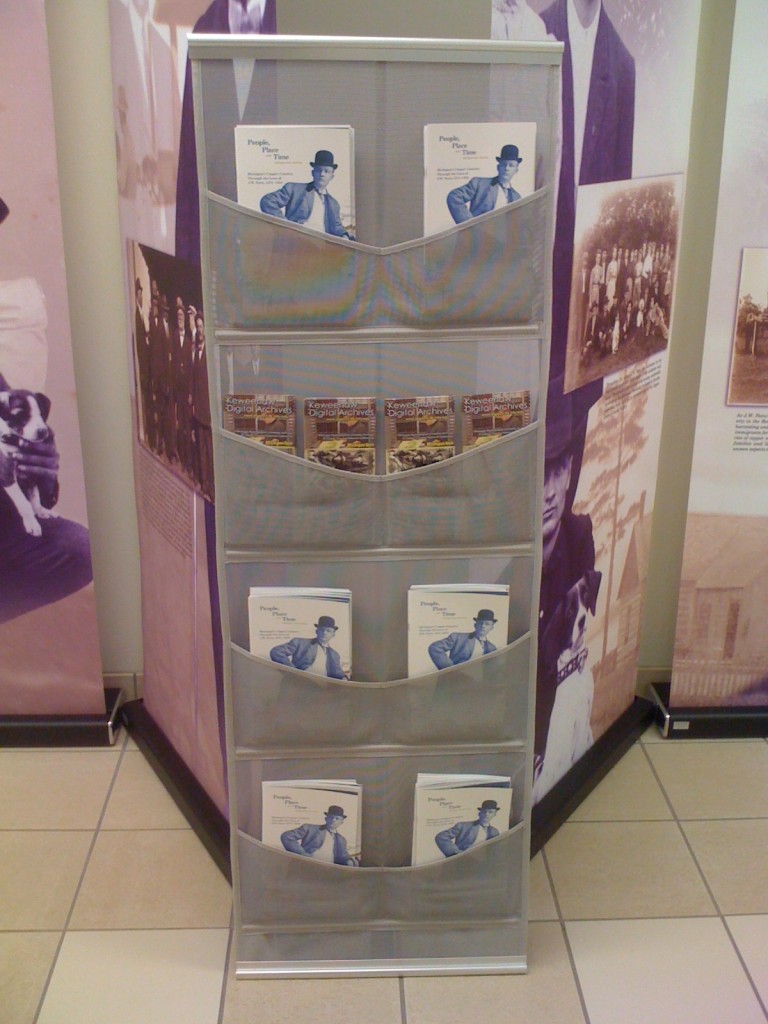 There is also a collapsible literature rack which holds free giveaway copies of an eight-page exhibit catalog. The catalog includes most of the text from the exhibit, as well as three cut-out Nara photo postcards.

Here are a few photographs from the exhibit opening event: 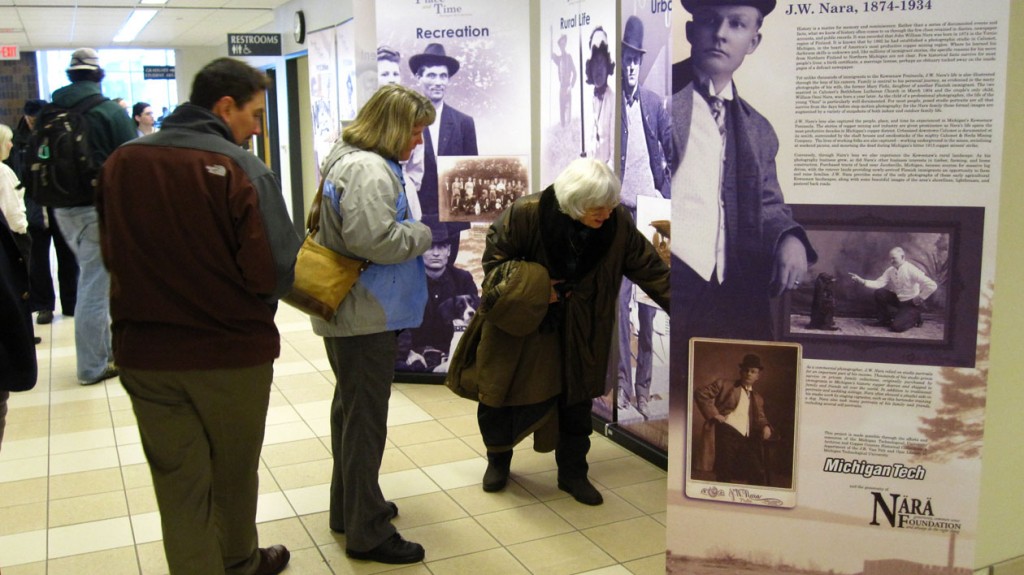 Members of the Nara family recognize ancestors in the exhibit. 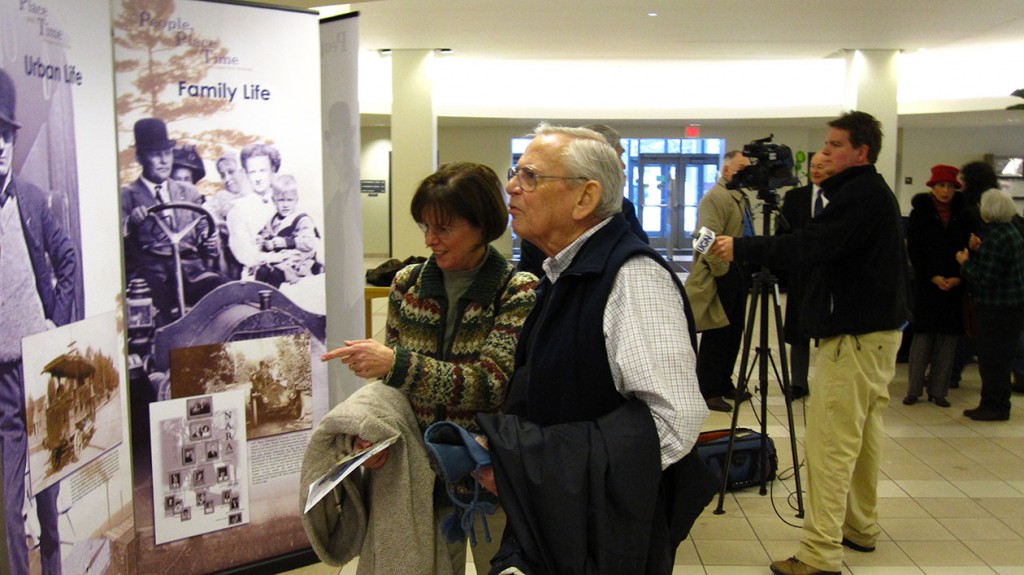 Bill and Eloise Haller of Houghton. 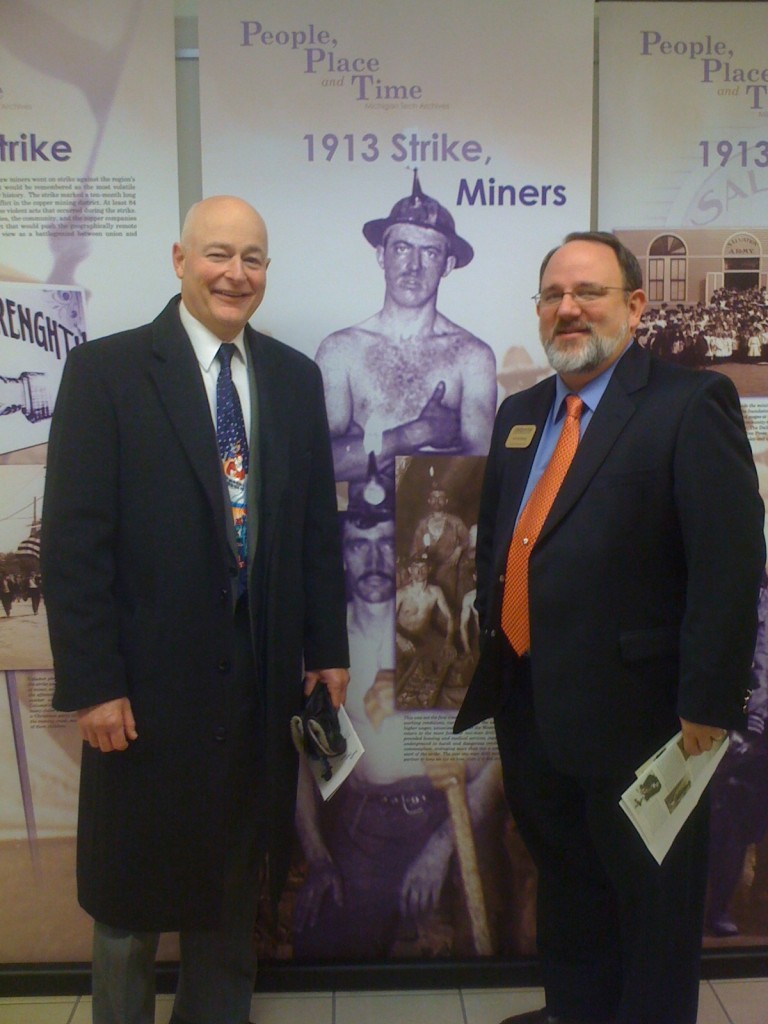 With Tech VP Dan Greenlee with University Archivist Erik Nordberg at the opening. Dan grew up in Calumet and had nice things to say about the exhibit, too.

The event was covered by local television and newspaper media.

Here is a link to the newspaper article which appeared in the December 17, 2009, issue of The Daily Mining Gazette: 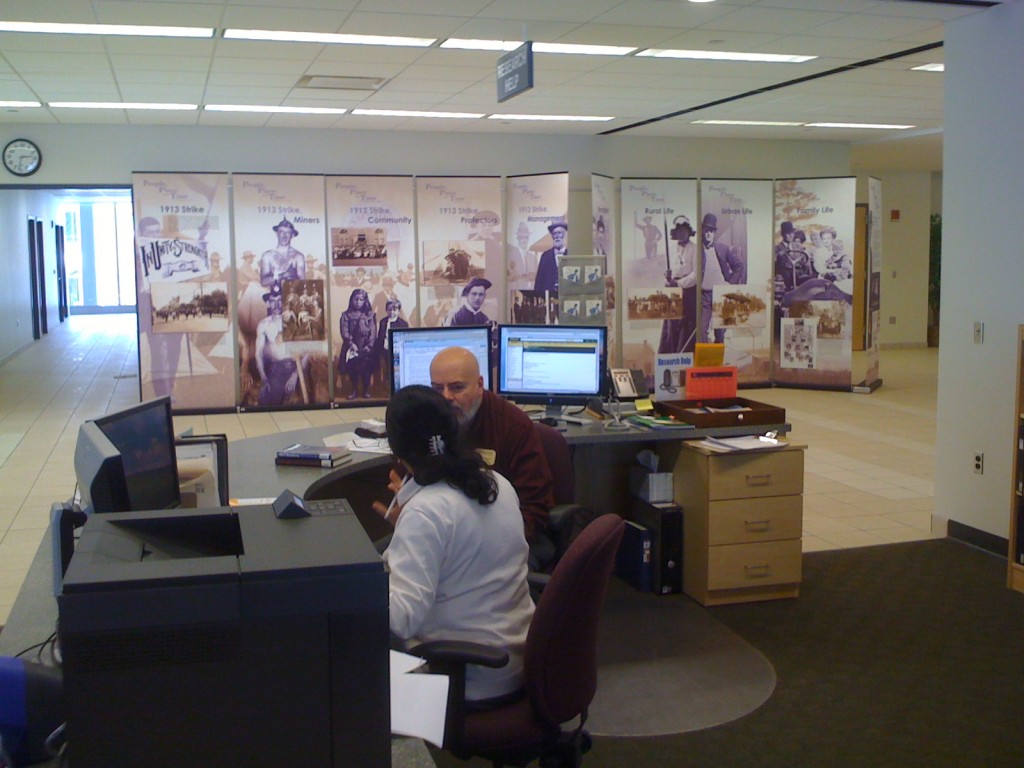 The J.W. Nara exhibit will remain on display near the Research Help Desk on the first floor of the J.R. Van Pelt and Opie Library through February 7, 2010.