“People, Place and Time: Michigan’s Copper Country Through the Lens of J.W. Nara,” a traveling exhibit created by the Michigan Tech Archives, has moved to the L’Anse Area School Public Library in L’Anse, Michigan. The exhibit explores the life and times of Calumet photographer J.W. Nara and is open to the public through April 6, 2012 during the library’s normal hours, Monday-Friday 8:00 a.m. – 6:00 p.m. The library is part of the L’Anse Area Schools campus at 201 North Fourth Street, L’Anse, MI 49946.

The traveling exhibit, funded in part by descendants Robert and Ruth Nara of Bootjack Michigan, works from historical photographs held at the Michigan Tech Archives. Interpretive panels highlight the people, places, and times that J.W. Nara experienced during his lifetime and include material on urban life, farming, and the 1913 Michigan copper miners’ strike. A small exhibit catalog is available at no charge and includes three Nara photograph postcards from the collection.

The exhibit will remain on display at the L’Anse Area School Public Library through Friday, April 6. For more information on the exhibit, contact the Michigan Tech Archives at 906-487-2505 or via e-mail at copper@mtu.edu

Some photographs of the installation in L’Anse: 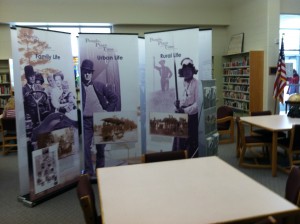 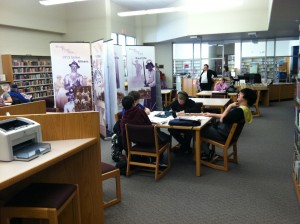 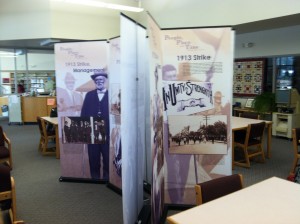 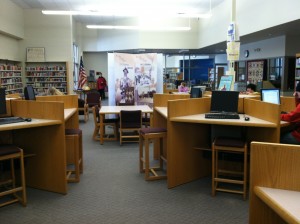 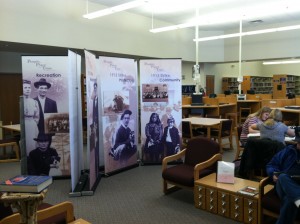