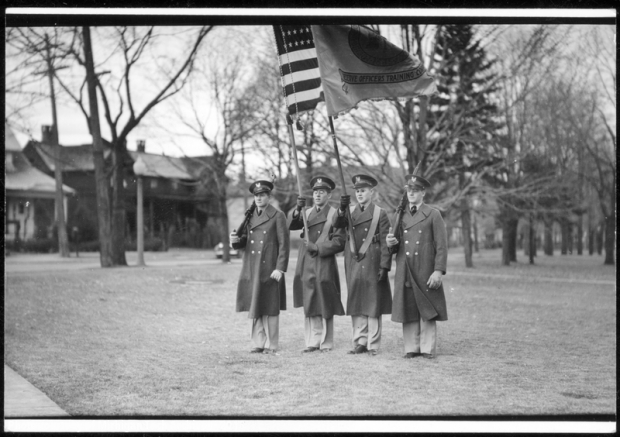 Today’s Flashback Friday serves as a reminder that the Michigan Tech Archives will be closed on Monday, May 27 in observance of Memorial Day. The photograph depicts Michigan Tech ROTC cadets on campus in the late 1930s.

Each May, the United States celebrates Memorial Day, which was first widely observed as a national holiday in may 1868. The day was originally meant to commemorate the sacrifices of the Civil War and honor a proclamation made by General John A. Logan that, “the 30th day of May, 1868, is designated for the purpose of strewing with flowers or otherwise decorating the graves of comrades who died in defense of their country during the late rebellion…”

Since World War I, Memorial Day has transformed into a celebration to honor all of those who died in service to the United States, as well as veterans and current members of the military. In 1971 the holiday became an official federal holiday celebrated on the last Monday of May.