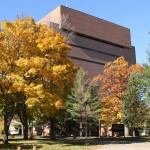 Joshua Pearce (MSE/ECE) is quoted on the performance of solar in the Richmond Times Dispatch and Tulsa World.
The Pearce group solar-powered 3-D printers made the Tech.Mic top 6 list for Here Are the Big Ways 3-D Printing Is Creating the Future of Renewable Energy. 3D Printing Industry reports that copies of Pearce’s book The Open Source Lab are prizes inthe Second Great Big Gigabot Giveaway.

The Physical Review Letter paper underlying the perfect lens research of Durdu Guney (ECE) ranked in the top 5 percent of all articles scored by Altmetric, received “high score” compared to articles of the same age (96th percentile) and is listed as the second top trending article on Physical Review Letters in the month it’s published.
The research received media coverage in R&D Magazine, Technology.Org, Nanowerk, Phys.Org, Newswise, among others and was picked up by NSF’s website.

Tim Havens (ECE/CS) presented two papers at the IEEE Int. Conference on Fuzzy Systems in Istanbul, Turkey. The first paper was entitled, “Feature and Decision Level Fusion Using Multiple Kernel Learning and Fuzzy Integrals,” authored by ECE PhD student Anthony Pinar and coauthored by Havens and Derek Anderson and Lequn Hu from Mississippi State University. The second paper was authored by Titilope Adeyeba (Miss. State), Anderson and Havens, entitled, “Insights and Characterization of L1-Norm Based Sparsity Learning of a Lexicographically Encoded Capacity Vector for the Choquet Integral.” Havens also served as an Area Chair and Session Chair at the conference.

Several news outlets, including Chem Europe and Hackaday, have picked up a recent story about Joshua Pearce and NECi collaborating on developing an open source nitrate test kit.

The Chicago Tribune published an article from Kiplinger’s Personal Finance, quoting Associate Professor Joshua Pearce (MSE/ECE) on the use of solar panels in cold northern climates.

Seyed Zekavat (ECE) has received $24,954 from the National Science Foundation for the project titled, Workshop on Challenges for Space Solar Power.

Student Tayler Sly (Computer Engineering) shows off a circuit board and some of his co-op work at Extreme Engineering Solutions in an on-line article published by Corp Magazine. Corp also published an article on the future of the high-tech jobs market in Michigan, quoting Jim Baker, executive director of Innovation and Industry Engagement, and Steve Patchin, director of Career Services. The article also features several photos of Michigan Tech students and interns.

Joshua Pearce (MSE/ECE) was the keynote speaker for the Shared Resource Laboratories: Driving Innovation and Discovery joint Mid-Atlantic Directors and Staff of Scientific Cores (MAD SSCi) and Southeastern Association of Shared Resources (SEASR) meeting in Charlottesville at the University of Virginia. Pearce was also quoted in “5 upcoming developments in 3D printing” in the Business Reporter distributed with the Daily Telegraph (UK). Pearce and MSE PhD student Amberlee Haselhuhn coauthored “Intellectual Property as a Strategic National Industrial Weapon: the Case of 3D Printing.” in the May-August issue of Engineer: the Professional Bulletin of Army Engineers. Read the article.

Joshua Pearce, (MSE/ECE) is quoted in the article “Money-Smart Reasons to Install Solar Panels at Your Home Now,” on Kiplinger.com and in the August 2015 edition of Kiplinger’s Personal Finance. Pearce’s research on low-cost heat exchanger technology was featured in the Mumbai Mirror (daily circulation of about 700,000).

Joshua Pearce’s (MSE/ECE) article on Michigan Tech’s course to build your own 3D printer, which was supported by a William G. Jackson Center for Teaching and Learning grant, was the editor’s pick and most read story on OpenSource.com last week.

Joshua Pearce’s MSE/ECE cross-listed course was covered by OpenSource, 3D Print (Unchained with Open Source: Michigan Tech 3D Printing Course Teaches Students to Build 3D Printers) and 3D Printing Industry (Michigan Tech’s Open Source Course – The Future of 3D Printing Education). Pearce was quoted in the Examiner story What ever you need, chances are a 3D printer can print it and in a Science News story about a new method to 3D print.
The research of Joshua Pearce (MSE/ECE) and his group was highlighted in the article “Can We 3D Print Our Way to Sustainability,” in the Earth Island Journal.

The work of Associate Professor Joshua Pearce (MSE/ECE) and his group was featured in “How 3D Printers Are Boosting Off-the-Grid, Underdeveloped Communities” in Motherboard.

Technology Century, an online and print publication of the Engineering Society of Detroit, featured editor Matt Roush’s interviews with faculty and graduate students from the College of Engineering at Michigan Tech, the first stop on his annual Tech Tour of university campuses in Michigan.

Elena Semouchkina (ECE) has received $83,837 of $257,412 from the National Science Foundation for the first year of a three-year research and development project titled “Collaborative Research: IDBR: Type A: Unconventional Antenna Probes for Ultra-High-Resolution Magnetic Resonance Imaging.”

PluggedIn, an internal newsletter published by American Transmission Company (ATC), featured an article about a Michigan Tech Senior Design team that worked with ATC to create a tool that can be used to determine whether it is safe to use ATC transmission lines to start a motor, something that the company’s customers often want to know if they can do. The student team won the Michigan Tech Electrical and Computer Engineering External Advisory Committee’s Industry Innovation Award for their work. See their work.

Assistant Professor Zhaohui Wang (ECE) was honored at 2013 Connecticut Women of Innovation Awards ceremonies, receiving the Collegian Innovation and Leadership Award for exceptional achievements in the area of underwater acoustic communications and networking. The awards are sponsored by the Connecticut Technology Council, Boehringer Ingelheim USA, Covidien, Day Pitney and United Technologies. She was honored for her work on underwater acoustic communications. Wang has also received a 2014 Outstanding Senior Women Academic Achievement Award from the Graduate School of the University of Connecticut.
The awards honor outstanding graduating women from each of the university’s schools and colleges and are sponsored by the The Provost’s Office, the Alumni Association and the Women’s Center at the University of Connecticut. With her advisor, Wang has also coauthored the book, “OFDM for Underwater Acoustic Communications,” published by John Wiley & Sons and available here and on Amazon.

A story on Associate Professor Shiyan Hu’s (ECE) research, “A Lab in
Your Pocket,” was published on the eHealthserver website. It can be viewed online.