Dr. Anindya Ghoshroy (PhD ’20) begins the new year with a postdoctoral researcher position at California Institute of Technology. Ghoshroy will be working under the direction of Dr. Lihong Wang, a world-renowned researcher in the imaging field, and the inventor of the fastest optical technology in the world, called compressed ultrafast photography (CUP), capable of 10 trillion frames per second.

Wang and Ghoshroy are interested in the next big step – investigating the near field implementations of ultrafast photography, and the resolution of nanoscale transient scenes. An integration of the CUP framework with “active convolved illumination” (ACI), an image-capturing technology that Ghoshroy and his PhD advisor Dr. Durdu Guney have been developing, and will potentially lead to a significant first step towards this direction.

ACI, being immune to “noise” will potentially enable imaging of live cells, virus, and bacteria with fine details, not accessible with the state-of-the-art imaging systems.

Chris Middlebook (ECE) was one of the winners of the Gentec-EO Laser Lab Awards. Middlebrook won a Beamage-4M laser beam profiler.

The Gentec-EO Laser Lab Awards contest aims to support optics laboratories in universities and colleges in the United States. Its goal is to ensure students have access to the same quality measurement instruments that are used today in the industry.

A Michigan Tech team is among the winners of the SICK Inc. TiM$10K Challenge. For the second year, students from universities around the country were invited to participate in the challenge, designed to support innovation and student achievement in automation and technology.

For the competition, teams were supplied with a 270-foot SICK LiDAR sensor and accessories, and challenged to solve a problem, create a solution or bring a new application to any industry that utilizes the SICK LiDAR.

Each team was asked to submit a video and paper for judging upon completion of its project. A panel of judges decided the winning submissions based on creativity and innovation, ability to solve a customer problem, commercial potential, entrepreneurship of the team, and reporting.

“This was a unique project in that the team was required to identify a problem and develop a solution to it that is based on SICK’s TiM LiDAR — most teams are handed a problem and asked to create a solution,” said team advisor Tony Pinar, senior design coordinator in the Department of Electrical and Computer Engineering. “I think this format allowed the team to exercise even more innovation than a ‘typical’ project.”

Pinar said the team was well organized and demonstrated an excellent work ethic from day one. “It was exciting to watch them identify a salient problem and develop a functional proof-of-concept solution despite the setbacks that affected us all after spring break,” he said.

SICK is one of the world’s leading manufacturers of sensors, safety systems, machine vision, encoders and automatic identification products for industrial applications.

Soft overlapping clustering is one of the notable problems of community detection. Extensive research has been conducted to develop efficient methods for non-overlapping and crisp-overlapping community detection in large-scale networks. In this paper, Fast Fuzzy Modularity Maximization (FFMM) for soft overlapping community detection is proposed. FFMM exploits novel iterative equations to calculate the modularity gain associated with changing the fuzzy membership values of network vertices. The simplicity of the proposed scheme enables efficient modifications, reducing computational complexity to a linear function of the network size and the number of communities. 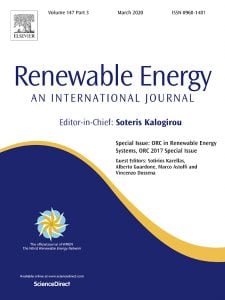 Joshua Pearce (MSE/ECE) is quoted in “2020 energy trends affecting consumers” published in Save.

Joshua Pearce (MSE/ECE) coauthored a study “Performance of Bifacial Photovoltaic Modules on a Dual-Axis Tracker in a High-Latitude, High-Albedo Environment” published in the Conference Proceedings of the IEEE Photovoltiac Specialists Conference (PVSC).

Joshua Pearce (MSE/ECE/IMP) is the principal investigator on a project that has received a $182,580 research and development cooperative agreement with the U.S. Department of Energy.

The project is entitled, “The Energizer Bunny: Dual-Use Photovoltaic and Pasture-Raised Rabbit Farms.”

Chelsea Schelly (SS/IMP )is the Co-PI on this potential 15-month project.

Cognitive scientist and Dartmouth professor John McCarthy coined the term artificial intelligence (AI) in 1955 when he began his exploration of whether machines could learn and develop formal reasoning like humans. More than 60 years later, AI is the hottest tech topic of the day, from the boardroom to the breakroom.

“AI is a mathematical and algorithmic model that allows computers to learn to do tasks without being explicitly programmed to do those tasks.” –Timothy Havens, the William and Gloria Jackson Associate Professor of Computer Systems in the College of Computing at Michigan Technological University and director of the Institute of Computing and Cybersystems.

For those who prefer analogies, Havens likens the way AI works to learning to ride a bike: “You don’t tell a child to move their left foot in a circle on the left pedal in the forward direction while moving your right foot in a circle… You give them a push and tell them to keep the bike upright and pointed forward: the overall objective. They fall a few times, honing their skills each time they fail,” Havens says. “That’s AI in a nutshell.”

Read more at The Enterprisers Project, by Stephanie Overby.

Ultrasound-Sensing Based Navigational Support for the Visually Impaired 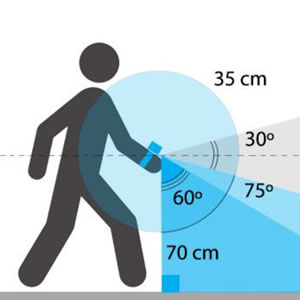 Over 70% of these are not employed full-time, and more than a quarter live below the poverty line. Globally, there are 36 million blind people, but less than half use white canes or more costly commercial sensory substitutions. The quality of life for visually impaired people is hampered by the resultant lack of independence.

To help alleviate these challenges this study reports on the development of a low-cost, open-source ultrasound-based navigational support system in the form of a wearable bracelet to allow people with the lost vision to navigate, orient themselves in their surroundings and avoid obstacles when moving.

The system can be largely made with digitally distributed manufacturing using low-cost 3-D printing/milling. It conveys point-distance information by utilizing the natural active sensing approach and modulates measurements into haptic feedback with various vibration patterns within the four-meter range. It does not require complex calibrations and training, consists of the small number of available and inexpensive components, and can be used as an independent addition to traditional tools.

Sighted blindfolded participants successfully demonstrated the device for nine primary everyday navigation and guidance tasks including indoor and outdoor navigation and avoiding collisions with other pedestrians.

Some 197,000 solar panels capable of powering thousands of homes are going into one of the largest solar plants to be built in Louisiana on a 560-acre site near Port Allen.

“The economies of scale has finally kicked in,” said Joshua Pearce, director of the Michigan Tech Open Sustainability Technology lab. “Utilities are actively putting in large-scale solar farms because it’s now a low enough cost. When costs first came down, large industry jumped on it first and now utilities are catching up.”

Read more at The Advocate, by Kristen Mosbrucker.

Floating Solar Panels Are Helping This Mining Company Save Water

Las Tórtolas is a 4.1 square mile reservoir nestled in the sunny, arid mountains of Chile, about 40 miles north of the capital city of Santiago. But it’s not the kind of place you’d want to go swimming. The water in the reservoir is actually the waste (also known as tailings) from the nearby Los Bronces copper mine, and floating on top are 256 photovoltaic solar panels, each one capable of producing about 330 watts of electricity.

“It’s like putting a plastic sheet over the whole lake, or the whole tailings pond,” explains Joshua Pearce, a Professor of Materials Science and Engineering at Michigan Tech. Pearce has worked extensively in the emerging field of floatovoltaic technology (FVT), or the overlap of solar energy systems and water use. He says that the presence of solar panels over a body of water can provide enough shade to consistently reduce evaporation by 70-80%. That’s precisely what Anglo-American has achieved since the Las Tórtolas array went online in March 2019.

Read more at The Weather Channel, by Thom Dunn.

The technology exists to “green” America’s electricity grid to fight climate change — and together, the country’s richest people have enough money to pay for it. In fact, they could even make a profit on the investment.

That’s according to a 2019 research paper on solar energy led by Joshua Pearce, a professor of materials science and engineering at Michigan Technological University.

Read more at CNBC Make It, by Catherine Clifford.

Amid energy transition in Michigan’s Upper Peninsula, what is solar’s role?

The Upper Peninsula Power Co., which has some of the highest electric rates in the continental U.S., is looking to buy power from a large-scale solar project it says would help reduce costs for its customers.

UPPCO’s case reflects trends elsewhere in Michigan where utilities are pursuing large-scale projects while at the same time being accused of limiting small, customer-owned projects.

“It’s much more acute and much more divisive here than it is downstate,” said Joshua Pearce, an engineering professor at Michigan Technological University in Houghton. “[UPPCO] hates distributed generation, but they love making money.”