Fridays with Fuhrmann: ECE careers for the good of the Earth 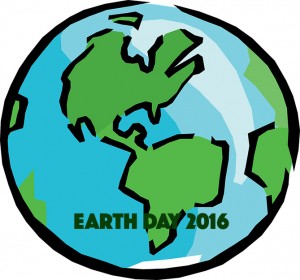 Today, April 22, is Earth Day, so it seems appropriate to say a few things about the environmental impact of the work of electrical engineers.

Actually, there is a whole lot to say, much of it surrounding the topic of generation, transmission, and distribution of electrical power. This is not my own area of technical expertise – I am more of a communications and signal processing engineer – so I have to exercise caution in pontificating too much on the topic. I will hasten to point out this is an area of strength for the ECE Department at Michigan Tech, as it has been ever since the department was founded in 1928. We have a lot of good people contributing to the next generation of power and energy technology, and to the education of the next generation of power and energy engineers who are going to make that technology work.

It is safe to say that the development of electrical power has had a huge impact on human civilization over the last 100 years. As a species, we learned how to burn fossil fuel in enormous rotating machines, and through the magic of electromagnetic induction we convert that mechanical energy to electrical energy which can be transmitted over long distances and distributed to homes and businesses everywhere. The development of “universal electrification,” as this is called, was named the #1 technical achievement of the 20th century by the U.S. National Academy of Engineering. It has had an immeasurable positive effect on the standard of living and quality of life for us all. Think about that the next time you turn on a light switch in the middle of the night.

We now understand that this technological advancement comes with a certain environmental cost. One cannot burn fossil fuel without putting some residue back into the atmosphere, and the consensus of the vast majority of professionals who know what they’re talking about is that this is having a detrimental effect on our world (I don’t claim to be one of those people.) As electrical engineers we have to take some responsibility for that problem. Fortunately, if we are part of the problem, we are also part of the solution. A great many smart, dedicated electrical engineers are looking at alternative means for generating and distributing electrical power that do not have the same environmental cost, or so we hope. I can’t begin to go into all the technology and the tradeoffs in alternative and renewable energy generation, and the smart distribution systems that go with them – we have entire courses on that topic – but I encourage all young engineers with a passion for making a big contribution to the planet to consider this as a career possibility.

From my own casual observations, I see a lot of potential in solar power. Everything that we are and everything we consume ultimately comes from the sun anyway. I am particularly fascinated by passive solar technology, whereby arrangements of mirrors are used to concentrate solar energy, creating localized areas of intense heat for turning steam turbines or melting salt. I can’t help but think that there is a lot of real estate in the desert Southwest of the United States where such technology could easily be deployed. [I’ll probably catch a lot of flak from some people for that position – the desert is much more than a lot of sun-baked nothingness, and I get it – but it’s easy to see how one might get that impression when you fly from here to California.] The dropping costs and widespread adoption of solar photovoltaics is a positive sign too – although from an environmental perspective one needs to factor in the cost of acquiring natural resources and manufacturing the panels.

I’m not a big fan of wind power (no pun intended), mostly because I think that the big wind farms popping up all over American farmland are kind of ugly. Other people find them stately and beautiful, so I am willing to be wrong about that. As an alternative means of providing much-needed power that we are most certainly not going to give up, I can see the value. I did read a fascinating article recently in IEEE Spectrum about how wind power is a testament to our dependence on fossil fuel, when one considers everything that goes into the manufacturing, transportation, and deployment of wind turbines: see http://spectrum.ieee.org/energy/renewables/to-get-wind-power-you-need-oil.

Steering away from power and energy for a bit, let me add that there are other ways that electrical engineers can practice their trade and have a positive impact on the environment. Watch out for water as a big growth area in the coming decades. Water is something we all take for granted, until something goes horribly wrong as it did with the recent slow-motion trainwreck in Flint. People are now talking about the “water-energy nexus” in which our dependence on water and energy makes one big interconnected system: we need water to produce electrical energy, and we need electrical energy to produce clean water. I foresee a lot of important work to be done, and also a lot of career opportunities.

I’ll use that last assertion to put in a plug for our new Concentration in Environmental Applications, offered as part of our undergraduate degree in electrical engineering at Michigan Tech. We created this concentration to give students with an interest in air quality, water quality, and/or remote sensing an opportunity to pursue those interests and at the same time apply their engineering talents. There are going to be a lot electrical engineers needed for the electrical machinery, automation, industrial control, communication, and signal processing that go into the systems that monitor and improve our air and water quality. Please take a look if that sounds interesting – the ECE Department will be happy to provide all the information you need.

(Also – happy last day of classes to all our graduating seniors! Take it easy on Senior Walk, OK?)