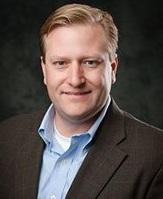 The Air Force Office of Scientific Research has announced that it will award approximately $20.8 million in grants to 58 scientists and engineers through the Air Force’s Young Investigator Research Program (YIP). This year AFOSR received over 230 proposals in response to the AFOSR broad agency announcement solicitation.

Jeremy Bos (ECE) will receive a three-year YIP grant for his research in Imaging Theory and Mitigation in Extreme Turbulence-Induced Anisoplanatism.

The YIP is open to scientists and engineers at research institutions across the United States who received Ph.D. or equivalent degrees in the last five years and who show exceptional ability and promise for conducting basic research.

The ECE Department congratulates Dr. Bos on his continued accomplishments.