Fridays with Fuhrmann: Thank You Dave! 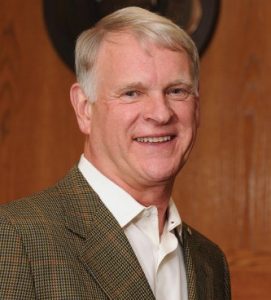 Greetings to all from the road. I have been out of town for a little over a week, on a trip that combined a little bit of work and a little bit of vacation. Actually a lot of vacation. Last weekend and in the early part of this week I was in Steamboat Springs, Colorado, seeing if my skills in downhill skiing, developed over many evenings and weekends at Mont Ripley, would carry over to a larger – much larger – resort in the Rockies. I am happy to say that they did; I had a wonderful time! From what I can tell the average skill level at Mont Ripley is higher than what it was at Steamboat. That’s because a lot of the people who go to a faraway mountain resort are duffers like me who go there for vacation, and are not regular expert skiers. I felt right at home. I can also report that, after nine years in the U.P., my tolerance for cold seems to be higher than that of the average flatlander who goes to Colorado. That’s a good thing, because from what I understand I’ll be coming home to some of the coldest weather of the winter.

The work-related part of my trip took me out to the San Francisco Bay Area, which I often visit during spring break. It was there that I had the chance to visit Dave House, the namesake of the professorship I now hold and my mentor for the time I have been at Michigan Tech. I had both a private meeting with Dave, and I attended a Michigan Tech alumni event that Dave hosted at the tasting room for the small winery that is part of his beautiful home and property in Saratoga. The setting for the latter event has a stunning view of all of Silicon Valley, and was a perfect setting for the gathering of about 50-60 people. Dave and his wife Devyani were gracious hosts, keeping the conversations lively and providing some of the best food and wine in California. Everyone had a lovely evening.

Reflecting on this short trip this morning, I thought it would be a good time to acknowledge Dave for everything he has meant to Michigan Tech and to me personally. Dave is a 1965 graduate of the Michigan Tech EE Department. He began his career working on radar systems for Raytheon in the Boston area, where he completed an MS degree at Northeastern University. He later switched over to computer engineering, and moved to California to begin a long career at Intel where he moved up the ranks from hardware engineer, to engineering manager, and eventually to Vice-President reporting to the late Andy Grove. He was responsible for the “Intel Inside” campaign which made a household name of the otherwise invisible processing hardware that drives untold numbers of personal computers and laptops. After a couple of other high-visibility positions in Silicon Valley, Dave is now the Chairman of the Board of Directors at Brocade, a market leader in optical networking equipment.

What sets Dave apart from so many other successful innovators in Silicon Valley is his unwavering commitment to giving back to the institutions where he got his start, both Michigan Tech and Northeastern. He has been extraordinarily generous in terms of both his financial gifts, and more valuable still his gift of time and effort to move the institution forward. The professorship that I hold is one of four that he has endowed at Michigan Tech. Two of the others are held by the Dean of the College of Engineering and the Chair of the Department of Computer Science, respectively, and the fourth is split between Associate
Professors Wayne Weaver and Bo Chen. The professorships come with more than money; they come with regular advice and mentoring in management, leadership, and innovation for which Dave is an acknowledged master. When I first arrived at Michigan Tech, Dave and I spent the better part of a day together, going through what we jokingly refer to as “House
Training.” His efforts on behalf of Michigan Tech are not just for my benefit; he has worked hard with many other leaders at the university at all levels. His financial gifts go well beyond the professorships mentioned above; he is responsible for the founding of the Michigan Tech Research Institute in Ann Arbor, and he is providing support for visiting faculty in the newly formed Institute of Computing and Cybersystems. He was the Chairman of the Michigan Tech’s Generations of Discovery capital campaign that ran from 2006 to 2013 and raised over $215M for the university.

One of Dave’s goals over the past years has been to bring the spirit of innovation and entrepreneurship one finds in Silicon Valley back to Houghton. These efforts including bringing teams of other executives and entrepreneurs from California to campus for meetings, panel discussions, and other events meant to raise awareness of where we need to be going, and to get feedback on who we are doing. Dave has been instrumental in instilling in many of us the importance of setting goals that are both meaningful and measurable. Many of his visits include “progress reports” where we get very specific about how we are doing relative to the metrics we are using to define success. The idea of such a goal-oriented approach to academics was new to me when I first arrived at this position, but now I find it perfectly natural and I can’t imagine doing business any other way.

Dave and I don’t always agree on everything, and sometimes he gives me a hard time when he thinks our progress is not what it ought to be, by our own standards. That’s the way it should be. There is always a good give and take, and he always lets you know where he stands.

Dave and I share a common vision: the best Michigan Tech that all of us working together can possibly create. I know I speak for many of us at Michigan Tech when I say: thank you Dave for everything you do!

p.s. while I am in the mood for thank-yous, let me add three others: 1) Tim Schulz, former ECE Department Chair and former Dean of the College of Engineering, who is responsible in large part for re-engaging Dave with Michigan Tech many years ago; 2) Gwen Caldwell, Dave’s very capable personal assistant whom I met for the first time last night and who has never been anything but perfectly friendly and professional, and finally 3) Adam Johnson, our unflappable and ultra-hip Michigan Tech “tour wrangler” for all the House-related activities on campus and in California.