Fridays with Fuhrmann: What’s In A Name? 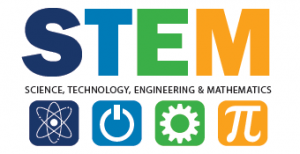 This week I want to follow up on my column from two weeks ago, before Thanksgiving, on the various ways that we use the words associated with my line of work: science, computing, engineering, technology, and mathematics. This is mostly a random collection of observations on the strange ways that we use these words, without a whole lot of practical solutions. Think of it as the grammar maven (see FWF 06/16/2017) meeting the engineering professor.

A quick recap of the main points from the last column. Science is the human endeavor of figuring out how the world works, and creating mathematical models for it. Engineering is the human endeavor of designing tools to improve our way of life, often taking advantage of all that we have learned from science. Technology is the set of tools used by society, resulting from all our hard work as engineers. I made the point that engineering usually refers to the development of physical tools, and that there does not exist a good work in the English language to describe the process of designing cognitive tools; computing was the best I could come up with.

Of all the words listed above, it seems to me that science is the one that commands the most respect in academia and in the general public. There are many ways that we attach the word science to things to give them more gravitas. For example, what is the name of the degree that we confer to graduating engineers in the United States? Bachelor of Science. (Let’s set aside the use of the word bachelor for now – I’m not going there.) It seems to me that Bachelor of Engineering would make more sense, but you rarely hear that, if you did you would probably consider it “less than.” We do have both Master of Science (MS) and Master of Engineering (ME) degrees in engineering fields in the United States, but there is little consensus on what those degree titles mean. In many places, the MS program involves a thesis (which means there may be some actual science involved) whereas the ME program is coursework-based and may have more room for courses in business and management. However, at Michigan Tech we have coursework-based MS programs, particular in electrical engineering and mechanical engineering, because we have concluded that there is broader acceptance of that degree name among working professionals. The degrees Bachelor of Technology (B. Tech.) and Master of Technology (M. Tech.) are also fairly common outside the United States.

Confusion about the distinction between science and engineering, or perhaps between scientists and engineers, has always been a pet peeve of mine (just ask my family). If you ask the general public who is responsible for the highly complex tools that we use every day, such as computers, automobiles, and smart phones, chances are you will get the answer “scientists.” Popular culture doesn’t help to clear up the notion that there is a pecking order: in “The Big Bang Theory” the physicist Sheldon is always berating Wolowitz for being merely an engineer. Please do not misunderstand – I have the highest respect for good scientists and all that they do, my frustration has only to do with the misperceptions about what that enterprise is all about and how it relates to other activities.

Here at Michigan Tech our math department is called the Department of Mathematical Sciences. I should probably talk to someone over there before writing these words, but that mash-up makes no sense to me at all. Similar to the situation with engineering, science is one thing and mathematics is another. Mathematics is the world of pure logic, something that springs from the human imagination and where truth is absolute. Science is a little messier, where we try the understand how things work, where there is no absolute truth but only higher and higher levels of confidence in theories and hypotheses. Mathematics is of course the language of science, and it is what gives the ability to generalize what we have seen, to extrapolate from what we have seen to things that we have never seen before. For example, consider Newton’s Second Law, F=ma. We can conduct experiments to test the correctness of this hypothesis forever, applying a force F to a mass m and measuring the acceleration a, but we can never test it for all possible combinations of F and a. However, if we believe that our experiments confirm that validity of that mathematical model, then we can believe that it will hold true even for combinations of F and a that we have never seen before. [Aside: F=MA is also known as Newton’s Second Law of Graduate Education, applied to PhD students who fail their qualifying examinations. But I digress.] As with scientists, I have the highest respect for mathematicians and all that they do. Math is a beautiful subject, and I only wish I were better at it. I also wish that our engineering students, both undergraduate and graduate, would not find mathematics as something mysterious and unobtainable, and that they would not freak out every time they see the word “proof.” Maybe I wish too much.

Speaking of odd mash-ups, we also have the term engineering technology. I know what people mean when they use that term, but that does not mean it makes sense from an English usage point of view. Engineering is one thing (a human endeavor) and technology is another (a set of tools). I have no problem with our School of Technology, which teaches students about tools and prepares them to implement them in industry or society. I just don’t get where the modifier “Engineering” comes in. Instead of saying Electrical Engineering Technology it would make a lot more sense to say Electrical Technology or perhaps Electrical and Electronic Technology which is rare although I have seen it. No matter what I think, Engineering Technology is a thing; the term is used nationwide and it is recognized by our accreditation body ABET. We are stuck with it.

The words I have referenced today – Science, Technology, Engineering, and Mathematics – have been put together in the popular acronym STEM. We hear all the time about the importance of STEM education, and we think of Michigan Tech as a STEM university. That is all well and good, but I have to come back to that fifth word – computing – and wonder where that fits in. Where is computing in STEM? Even though I have defined technology as a set of tools, twice now, I think that in the context of this particular acronym and its use in public policy discussions, “technology” is actually a code word for “computing.” When we talk about STEM, we really mean Science, Computing, Engineering, and Mathematics, all four of which are human endeavors, so they are parallel and go together nicely. The problem is, we can’t make a good acronym of those – SCEM? MESC? Stem is already a simple English word that is easy to pronounce, so I see the appeal. The scant evidence I have for this hypothesis lies in the images that people use to illustrate STEM. Just look up STEM on Google Images and you will find lots of examples of graphics like the one accompanying today’s column (for which I credit Student Affairs at Lehigh University.) If there are little icons associated with the four letters in STEM, the one that goes with T is almost always very computer-y, like the on-off button in the example above.

Again, nothing I say here is really an attempt to get people to change the way they use language. There are a lot of terms in English like “engineering technology” that are just idiomatic and are not built using a logical grammatical construction. However, it is good to be aware of that fact. The words we use and way we use them have a tremendous but often subtle influence on the way we think about things. I encourage all my readers to pay attention and to be as precise as possible whenever that makes the most sense – say what you mean, mean what you say.