Fridays with Fuhrmann: Postcard from California 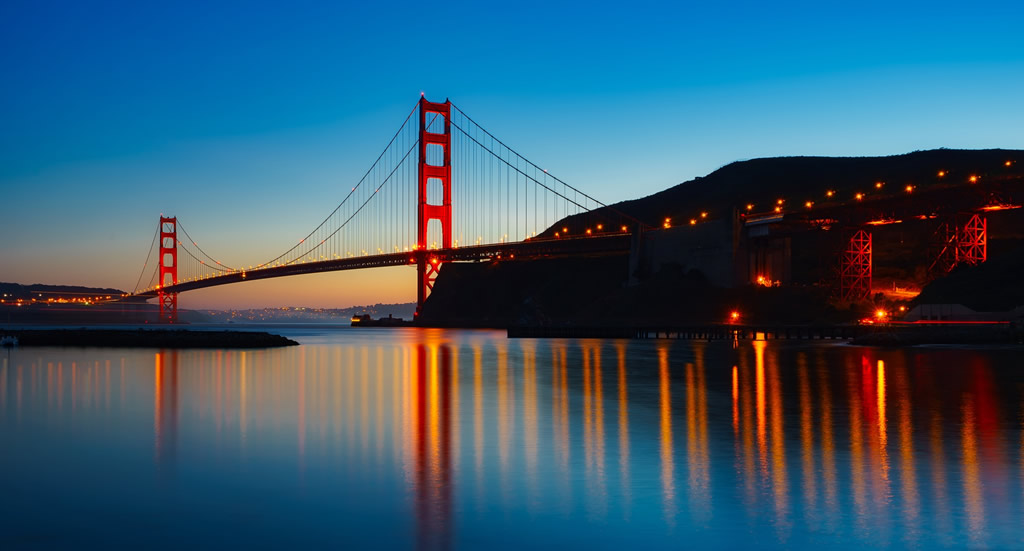 All this week I have been in the San Francisco Bay Area, either accompanying the Michigan Tech student group on their Silicon Valley Experience, or off doing side visits to alumni and companies on my own. Monday evening the students and I attended a delightful Michigan Tech alumni reception, hosted by Dave House on his beautiful hilltop property in Saratoga overlooking all of Silicon Valley. The weather was cool and rainy, as it has been all week; all of our hosts apologized even though no one is complaining since they can really use the rain. Tuesday the group visited Google, HP, Nvidia, and Facebook, and Wednesday we visited the Ford research facility in Palo Alto before I peeled off to do my own thing. It is always good to see the world beyond the Baraga Plain, and to get a sense of the culture that many of our graduates will be entering.

I have come away from this trip with a few impressions to share with you.

First, deep learning is everywhere. Martin Ford, author of Rise of the Robots, made that point when he visited Michigan Tech last September, and it has certainly been in evidence at the companies we have visited. As a case in point, when we went to Nvidia, easily the most electronic hardware-oriented of any of the places we visited, the presentation from HR stated that 90% of their hiring is in “EE, CS, CpE, and ML/DL”, the latter being an acronym for “Machine Learning/Deep Learning” that everyone here seems to understand. Nvidia is primarily known for its graphical processing unit (GPU) hardware, but it is the advances in computing power represented by their hardware that makes today’s deep learning possible. Thus, it makes sense for them to show the connection between the two, in applications such as real-time processing for autonomous vehicles. All the big players are jockeying for position in artificial intelligence and machine learning, looking for the competitive advantage that such technologies can bring to their products and systems. This is not easy material to master, but if you can prove that you are an expert, probably at the PhD level and with several years of good experience to back it up, you can write your own ticket. This has actually created something of a crisis in academic computer science circles, as the research in artificial intelligence has become privatized and universities cannot compete on salaries.

Despite the strong economy and the high demand for computer scientists and engineers, it’s still not that easy to get a job here. Hiring managers have high standards, and you really need to know your stuff. Most interviews are pretty arduous, with multiple stages and with batteries of technical tests that one has to go through. I have heard multiple references to a book titled “Cracking the Coding Interview” by Gayle Laakmann McDowell, which is now in its 6th edition and has become a guidebook for those looking to run the Silicon Valley gauntlet. Overall I think it is good thing that the better companies are not willing to compromise on quality in this job market. Certainly it is good for us in academia who are trying to motivate students to do their best. A diploma alone isn’t going to cut it; one really has to put in the work and develop the skills and knowledge that that diploma represents.

A third impression was really just a confirmation of a bias that I have had for many years, but it really seemed to come through loud and clear. We heard in meeting after meeting that the best preparation for a career leading to technical management, leadership, or entrepreneurship, starts with a technical degree in engineering or computer science, in most cases leading to a first job that is also technical in nature. There are no shortcuts here. We saw plenty of examples where the actual subject matter of the undergraduate degree was not closely related to the work 20 years later: the Assistant Treasurer for risk and strategy at Alphabet (parent company of Google), someone who is responsible for billions of dollars in investments, holds a BS degree in Mechanical Engineering from Michigan Tech. Likewise the person in charge of global supply chain for HP, Inc., holds a Michigan Tech BS in Electrical Engineering. At every turn we heard that a technical background teaches one how to think analytically and quantitatively and how to solve problems, and that those skills will serve you well no matter where your career takes you. There is no rule that says that someone with an engineering education will be an engineer for the rest of his or her life, but it is absolutely a great way to start out. I have written it here before, but it bears repeating: build your house on rock, not on sand.

Finally, I learned that the companies that are really successful are the ones that think long-term and are willing to take risks. This is the key to the meteoric success of Google, Facebook, and Amazon, companies that are not thinking about next year or 5 years from now, but 100 years from now. When they see the right opportunity, they are willing to place their bets and not insist on an immediate payoff. This is not to say they are foolhardy however. Our contact at Google reinforced something I remember vividly from the book How Google Works, by Eric Schmidt and Jonathan Rosenberg, which is that in those boardrooms, decisions are based on data. One never goes to a meeting at Google to argue for some new initiative without the data to back it up. Of course, this requires that the company have experiments going all the time to generate that data, and this is one of the reasons there are so many opportunities for Google employees to have their own little side projects. Obviously this is a very engineering approach to corporate long-term strategy, but it certainly seems to be working for them.

Taking the long view, being willing to be bold and take risks, making decisions using data and careful analysis – sounds to me like pretty good advice for a university like Michigan Tech.