Jeremy Bos: What’s next after FIRST?

Jeremy Bos shares his knowledge on Husky Bites, a free, interactive webinar this Monday, July 6 at 6 pm EST. Learn something new in just 20 minutes, with time after for Q&A! Get the full scoop and register at mtu.edu/huskybites.

FIRST®. You might know it as First Robotics—an international organization dedicated to motivating the next generation to understand, use and enjoy science and technology. Founder and inventor Dean Kamen describes FIRST as “using robots to build kids. “It’s not about the robots,” he said. “FIRST is transforming the way kids see the world.”

FIRST now has more than 67,000 teams around the world, and has given over $80 million in college scholarships. At Michigan Tech, at last count, there are close to fifty FIRST scholarship recipients.

So, for high school seniors now embarking on their college careers, what’s next after FIRST? How do you enter the field of robotics?

What’s more, how do you know if robotics could be the right career for you?

“Many first year students considering engineering, science, and technology are introduced to these fields from FIRST robotics and similar high school competitions,” says Jeremy Bos, an assistant professor of electrical engineering at Michigan Tech. “In fact, one of the most common questions I hear from new students is ‘What is there at Michigan Tech that’s like FIRST?’ and ‘What major should I choose to have a career in robotics?’”.

Like most things in life there is no one answer that applies to everyone, says Bos. He helps students take their FIRST-inspired passion for robotics and find a place for it Michigan Tech. “What are your affinities? Knowing those, I can help point you in the right direction,” he says.

“One thing I can do is to share an overview of careers in robotics.” says Bos. Hint: it involves the “M’s” the “E’s” and the “C’s”. (Listen to the overview during his live session on Husky Bites to learn more, or catch the Zoom video later.)

Bos is advisor and manager of several robot platforms on campus, including the Robotic Systems Enterprise team, part of Michigan Tech’s award-winning Enterprise program. “It’s one of the best places on campus to learn robotics,” says Bos.

The team’s many projects come in many shapes and sizes, from designing a vision system for work with a robotic arm, to an automatic power management system for weather buoys. Clients include Ford Motor Company and Michigan Tech’s Great Lakes Research Center.

“We use more than just the skills and talents of computer science, electrical engineering, and mechanical engineering majors,” adds Bos “All majors are welcome in the enterprise.”

The team’s main focus is the SAE AutoDrive Challenge, where college teams compete to develop and demonstrate a fully autonomous driving passenger vehicle. Michigan Tech is one of eight universities selected to participate in the 3-year AutoDrive Challenge, sponsored and hosted by GM and SAE International.

Bos mentors the AutoDrive team of 40 undergraduate and graduate students along with Darrell Robinette, an assistant professor of mechanical engineering-engineering mechanics.

The team out started with a Chevy Bolt, named it Prometheus Borealis, and then turned it into a competition vehicle outfitted it with sensors, control systems and computer processors so that it could navigate an urban driving course in automated driving mode.


Bos accompanies students to the SAE AutoDrive Challenge competitions. The next one is coming up this October in East Liberty, Ohio. Teams are judged in a variety of areas—Object Detection, Localization, MathWorks, and Simulation, to name a few. His expertise in autonomous vehicles and vehicular networks, as well as industrial automation and controls makes Bos an ideal mentor for the students.

My own contribution to this effort is called ‘Autonomy at the End of the Earth.’ My research focuses on the operation of autonomous vehicles in hazardous weather. Specifically, the ice and snow we encounter on a daily basis between November and April.


Bos says he is excited about the brand new Robotics Engineering degree program at Michigan Tech. It will be offered for the first time this fall in the Department of Electrical and Computer Engineering. “Robotics Engineering will cover all the skills you need for developing autonomous vehicles. It’s a unique set of skills now in heavy demand, with a little bit of everything—all the letters (M’s, E’s and C’s) and a little bit more—with a focus on learning the cutting edge.”

When did you first get into engineering? What sparked your interest?

My Dad ran a turn-key industrial automation and robotics business throughout most of my childhood. In fact, I got my first job at age 12 when I was sequestered at home with strep throat. I felt fine, but couldn’t go to school. My Dad put me to work writing programs for what I know now are Programmable Logic Controllers (PLCs); the ‘brains’ of most industrial automation systems.

Later, I was involved with Odyssey of the Mind and Science Olympiad. I also really liked these new things called ‘personal computers’ and spent quite a bit of time programming them. By the time I was in high school I was teaching classes at the local library on computer building, repair, and this other new thing called ‘The Internet’. A career in STEM was a certainty. I ended up in engineering because I like to build things (even if only on a computer) and I like to solve problems (generally with computers and math).

Tell us about your growing up. What do you do for fun?

I was born in Santa Clara, California just as Silicon Valley was starting to be a thing. I grew up in Grand Haven, Michigan where I graduated from high school and then went to Michigan Tech for my undergraduate degree. I liked it so much I came back twice. I now live in Houghton with my wife, and fellow alumna, Jessica (STC ’00). We have a boisterous dog, Rigel, named after a star in the constellation Orion, who bikes or skis with me on the Tech trails nearly every day.

When I have time I also like to kayak, and stargaze. I’ve even tried my hand at astrophotography at Michigan Tech’s AMJOCH Observatory. It’s a telescope, but hopefully, soon it will be a robot, too. 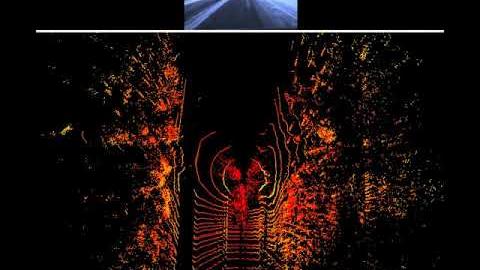 Just in time for Halloween, Michigan Tech Students Solve the Mystery of the Paulding Light

It’s Out There, Return of the Paulding Light