Joining the team in the Office of Continuous Improvement is a new Process Improvement Coordinator (PIC), Rylie Store. Rylie is a first year student pursuing a degree in Medical Laboratory Sciences with hopes to utilize her degree as a Pre-medicine parallel and eventually ticket her way into medical school. Although Rylie is only a first year she was actively involved in many clubs and organizations in high school such as Student Council, Prom Committee, and Yearbook Committee. Rylie is currently working on building up her involvement on campus and is currently an active member in the Alpine Ski and Snowboard Club. Prior to becoming a PIC, Rylie began her employment by forming her own photography business the summer going into her senior year of high school (July). She also received her certification as a Professional Ski Instructor of America in the spring of her senior year (March 2015).

Rylie will now introduce herself and share her own opinions on jumping on board with our team.

Coming into this position I’ll be honest, I hadn’t the slightest idea as to what Lean was. It wasn’t until a former employer of mine had guided me to the application for the opening of a PIC position and encouraged me to apply that I began to gain some basic knowledge of what it is that Lean necessitated. I’ve been on board officially now for about a week and in that time I’ve managed to complete some basic training. However, I still have a long ways to go before I’ll fully understand Lean to the capacity I feel that it deserves. With the minimal information and background that I have acquired I can say that I am most excited to become a factor in this journey to better improve processes and eliminate waste efficiently throughout Michigan Tech’s endeavors. Joining this team has encouraged me, even more so to expand my campus and community wide involvement while implementing continuous improvement in the process.

Although still being new in the office, I’ve managed to gather that my tasks in the office will be to not only grow my lean knowledge. but to do so through the arrangement, encouragement, and compilation of Kaizen Events.

I’m excited for this coming journey of mine as a PIC, but I’m even more so thankful to be given this opportunity to expand my horizon while also expanding the spread of Lean throughout  campus. 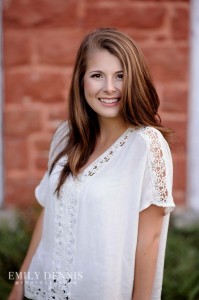