New Director for the Center for Teaching and Learning Appointed 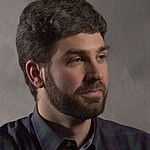 Mike Meyer has been appointed the new director for the Center for Teaching and Learning. He will start his new duties on July 9. Meyer has been at Michigan Tech since September 2002.

He joined the physics department as laboratory coordinator, was lecturer from 2006 to 2010, and has been senior lecturer since 2010. He was elected to Tech’s Academy of Teaching Excellenceand won the Distinguished Teaching Award in 2011.

The expanded responsibilities of the new center director are an outcome of the recommendations of the Task Force on Blended and Technology-Rich Teaching/Learning Environment and Support Systems. READ MORE