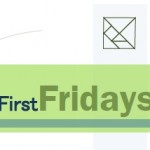 Students in Richelle Winkler’s Topics in Rural Community Sustainability course (SS 4390) spent the spring semester collaborating with community organizations in Calumet to analyze how First Fridays art tours affect community sustainability.  The project inventoried community assets and assessed how First Fridays contribute to these assets using participation observation, interviews, and surveys of First Fridays participants. The research team surveyed 368 visitors to eight art spaces on First Fridays in February, March, and April of 2013. Study results indicate that First Fridays and the art scene are making broad contributions to community well-being. The program has potential to spur a process of holistic community development; yet there are several opportunities of which First Fridays are not yet fully taking advantage. For instance, social relationships are one of the most important things that First Fridays participants value, and the development of social capital is perhaps the most key contribution of First Fridays.  However, we find that social capital associated with First Fridays remains somewhat narrow as similar people visit the same one or two art spaces each month and interact with one another. These relationships are important, but First Fridays may be missing opportunities to establish new relationships among multiple groups and to integrate younger people and families.  Based on the findings, the team suggests that First Fridays and the art community in Calumet could build on current successes by engaging in a visioning process whereby community members work together to define a vision and goals for the First Fridays program. The process could help to coordinate advertising efforts, build and solidify social relationships, coordinate with external agencies (such as Main Street Calumet, Michigan Tech, or Finlandia), develop leadership, establish a political voice in the community and beyond, and attract more and more diverse visitors.  The community may find that Calumet community members, artists and art space proprietors would benefit from forming a formal Calumet Arts organization that would serve to organize these efforts and coordinate with external groups.