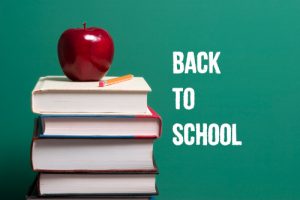 Greetings and Happy September to all my friends following the ECE Department at Michigan Tech.

Here we go again – the beginning of a new academic year, a time I have always found to be energizing and exciting. While many of us, myself included, are sad to see the summer slip away (especially when we think about all the things we thought we were going to get done, and didn’t) September always brings with it the promise a new beginning. I have always thought that my teaching colleagues seemed quite a bit younger relative to other people at the same age, outside the academic world. It must have something to do with being around so many young people and the annual recharging our batteries that happens this time of year.

I know of no other line of work, except maybe in the church, where the rhythm is so closely tied to the annual trip of the earth around the sun as it is in academics. We kick things off in August or September, have breaks for Thanksgiving and Christmas, start up again in January, take another to break sometime at the beginning of spring, then head down the home stretch to commencement in May. This is our liturgical calendar. As I head toward my 59th birthday next week, I look back and realize that, going all the way back to kindergarten, I have only had one year in my life – 1979 – when September did not mean the beginning of a new school year, either as a student or an educator. That one year came during a period between college and graduate school when I was working as young engineer at Telex Computer Products in Tulsa, Oklahoma. I didn’t think much about it at the time, but now I am certain that it would feel odd not to be starting yet another school year in the fall.

Things are hopping here at Michigan Tech, and in the ECE Department. The latest figures show that we have 632 enrolled undergraduates, and about 250 graduate students. That’s a big jump in our undergraduate enrollment, and an 10-year high in total enrollment. I have to believe that this is due in part to the current demand for electrical and computer engineers, in terms of both job openings and starting salaries. Of course, we have to remember that these things can be cyclical, but right now is a pretty good time to be going into the field. I have written about this several times before, but it bears repeating: it is a lot of fun educating students to go into a field that so many employers actually care about. At Michigan Tech we like to think that we are doing things the right way to help prepare students to enter that workforce. We also recognize that there all sorts of good non-academic reasons that students like coming to Michigan Tech, 200 inches of snow notwithstanding – it’s a complete package.

Speaking of snow, the Farmer’s Almanac is predicting a heavier than normal year, and I hear people throwing around the figure of 300 inches. Some old-timers recall the winter of 1978-79, which was that kind of year, with a combination of delight and dread. If it happens, you will read about it in this column.

For those who need a little extra time to ease into the academic year gently, we always have the Labor Day weekend to get a school day off and mark the end of the summer. Enjoy it everyone!