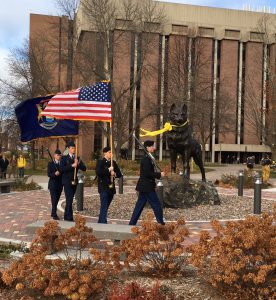 Today’s column is going to be a bit on the short side – not because I don’t have enough to write about, but rather because I may have too much, and it needs a little refining.

I don’t want to use this space to be too political, but I will say that I was deeply affected by the results of Tuesday’s election. This is not a comment on the policies or the suitability or my own thoughts about either of the candidates. Rather, the vote Tuesday has given me the uncomfortable opportunity to reflect about what it means for education in this country, and what my colleagues and I do for a living day in and day out. Here is the short version: as a nation we have now heard the collective voice of a large group of people that have been either forgotten or ignored by our system of higher education. We really ought to take a moment to think about what that says about our society and where it is headed.

My ideas on this topic are half-baked at best, in fact the oven is barely warm. So, I’ll leave it there and return to this topic at a future date.

Meanwhile, life at Michigan Tech continues churning along. We are well past the halfway point in the semester, moving quickly toward the Thanksgiving break, and then the December endgame that happens when we return from that.

Today is Veterans Day, and I do want to recognize those members of the ECE faculty and staff that have served in the U.S. Armed Forces. They are: Glen Archer, Mike Chase, Roger Kieckhafer, Chris Middlebrook, Mike Roggemann, and Mark Sloat. Gentlemen, thank you for your service.

It has been an unusually warm fall this year, and that is continuing right into November. Two years ago at this time there was already snow on the ground that would not disappear until April. This past Sunday the temperatures soared into the 70s, and while I was out riding my bicycle I saw someone water skiing on the Portage. We live in interesting times.