The life blood of any academic department is the faculty, and one of the keys to maintaining an intellectually healthy and vigorous faculty is the regular infusion of new talent and all the fresh ideas that come with it. I am happy to say that over the time that I have been here, the ECE Department has been fortunate to be able to bring in a number of new young faculty members, and doubly fortunate that they have been successful in so many different ways. Today I want to give a special shout-out to that side of our department.

By way of background, for those not completely familiar with the U.S. system, at most universities there are three ranks of tenured and tenure-track faculty: Assistant Professor, Associate Professor, and Professor. Anyone with the word “Professor” in their title is expected to be recognized as a scholar in his or her respective field, and to be able to translate that scholarship into effective classroom teaching. The usual duties of someone in these ranks is said to include teaching, research, and service, and the allocation of time and efforts among these three legs of the academic stool can vary quite a bit. Assistant Professors are near the beginning of their academic careers; they usually hold the PhD degree and may have some prior experience such as a post-doctoral fellowship. They are said to be “tenure-track” meaning that they will be seeking tenure after some period of time, typically six years. Associate Professors are more mid-career, continuing on the successful path that was begun earlier, and perhaps exploring new ideas, research areas, and collaborations. Tenure, the guarantee of lifetime employment to successful faculty members, is usually granted at the time of promotion from Assistant Professor to Associate Professor. Professors are the well-established faculty members who have built a strong track record in research and teaching, and are recognized nationally and internationally for their scholarly contributions. Professors often take on leadership positions within in the department or the university as well.

In the ECE Department right now we have four faculty members at the rank of Assistant Professor. At this time last year we actually had seven, but three of those – Durdu Guney, Tim Havens, and Chee-Wooi Ten – we promoted from Assistant Professor to Associate Professor last spring. I was delighted that all three were able to run the tenure and promotion gauntlet and emerge successfully at the other end. I had thought that three in one year must be a record, until Martha Sloan informed me that she was in a group of six such faculty members many years ago! We are happy for this group, and they are continuing to make us proud just as I knew they would.

Our four current Assistant Professors, in no particular order, are Jeremy Bos, Lucia Gauchia, Zhaohui Wang, and Sumit Paudyal. It has been a great year for this group, and over the past month or so we have gotten some wonderful news which has prompted this week’s column. Collectively they have been awarded three early-career awards: two National Science Foundation (NSF) CAREER awards, and one U.S. Air Force Young Investigator Program (YIP) award. These awards give young faculty members the time and resources to build a strong foundation in research. Their success reflects a lot of hard work, definitely a lot of perseverance, and a little bit of good luck too. Fortune favors the prepared mind.

Dr. Jeremy Bos is a 2013 PhD graduate of our own program, working (then) under the supervision of Dr. Michael Roggemann in atmospheric and statistical optics. He continued in this line of research for two years under an Air Force post-doctoral fellowship on the island of Maui, before returning to Michigan Tech in 2015 to take up his current position. He is the recipient of a three-year Air Force YIP award, titled “Imaging Theory and Mitigation in Extreme Turbulence-Induced Anisoplanatism.” His research will help the Air Force to see objects over long distances through turbulent media, such as the atmosphere, which causes light paths to bend in unpredictable ways and wreaks havoc with conventional optics and image reconstruction. Jeremy also has a separate and practically unrelated technical interest area, namely robotics, control, and automation, which stems for his time as a engineer at GM prior to coming to graduate school. He is playing a critical role in helping the ECE Department develop a strategy for expanding our robotics programs, all the way from graduate research, to undergraduate teaching, to pre-college outreach. It’s like having two faculty members in one!

Dr. Lucia Gauchia came to Michigan Tech in 2013, originally from Spain and most recently (at the time) a visiting position at McMaster University, in Hamilton, Ontario. Her area of interest is in energy storage systems, which covers the different ways that we can store energy that has been generated electrically so that it can be used at a later time. Utilities and consumers need energy storage to balance the generation of electrical power with the demands of electrical loads – often the two are out of sync. Because energy conversion is of interest to both electrical engineers and mechanical engineers, Lucia holds a joint appointment in the ECE Department and the Department of Mechanical Engineering-Engineering Mechanics at Michigan Tech. She holds an endowed position, the Richard and Elizabeth Henes Assistant Professor of Energy Storage Systems. Her cross-listed graduate course in energy storage systems is increasingly popular each year, and she gets very high student course evaluations for it. Lucia is the recipient of an NSF CAREER award, titled “An Ecologically Inspired Approach to Battery Lifetime Analysis and Testing.” She plans to borrow ideas from lifecycle analysis and population dynamics to understand better the performance and potential failure modes of batteries and battery packs, an increasingly important component of utility power systems, automobiles, and a myriad of other applications of electrical power.

Dr. Zhaohui Wang also came to Michigan Tech in 2013, having just completed her PhD with a very successful group at the University of Connecticut. Her work is in underwater acoustic communication networks. She had originally came in on a “computer engineering” search, but she has proven herself to be an able contributor in signals and systems as well. She teaches courses in wireless sensor networks, detection and estimation theory, and for the first time this semester our required undergraduate course in communication theory. Because of her interest in underwater acoustics, she is a member of the Great Lakes Research Center (GLRC) and has a large and expanding laboratory there. Zhaohui is the recipient of an NSF CAREER award, titled “Online Learning-Based Underwater Acoustic Communication and Networking” which will support much of her research for the next five years. She plans to develop methods for communication among multiple underwater surveillance platforms that take advantage of real-time modeling of underwater acoustic communication channels, which are dynamic and can be very complicated. This is an ambitious project combining elements of communication theory, signal processing, and physics. I can’t resist mentioning that Zhaohui was featured on the cover of our 2015 annual report (my favorite cover ever) walking across the ice on Keweenaw Bay in the dead of winter, where she and her graduate students were drilling holes in the ice and carrying out under-ice acoustic communication experiments.

Dr. Sumit Paudyal is the senior member of this group of young faculty. He came to us in 2012 with a PhD from the University of Waterloo, in Ontario. His work is on the electrical power side of the ECE Department, by far the most popular area among our current MS students. His research and teaching area is in optimization and control of power systems. He is the lead Michigan Tech investigator on a project sponsored by ARPA-E (Advanced Research Projects Agency – Energy) in collaboration with the University of Vermont, titled “Packetized Energy Management: Coordinating Transmission and Distribution.” The aim is to improve the ways that power grids take advantage of multiple intermittent energy sources, such as solar panels and wind turbines, borrowing some ideas from packet-switched communication (the essential idea behind the Internet.) Sumit is an outstanding teacher, with large graduate classes and very high student course evaluations; in fact, he has been recognized by the university through induction into the Michigan Tech Academy of Teaching Excellence. I recently did a little back-of the-envelope calculation, and discovered to my delight that, considering tuition revenue, course evaluations, and research expenditures, Sumit has made himself the third most valuable member of the ECE Department!

I get to work with a lot of wonderful people every day – our faculty, our staff, and our students. These four are among the best. We are proud to call them our own here in the ECE Department, and I look forward to many years of a mutual rewarding relationship. 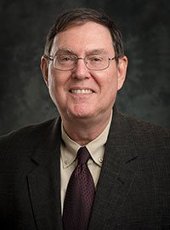 This week the Deans’ Teaching Showcase returns to the College of Engineering. Dean Wayne Pennington has chosen Glen Archer, principal lecturer and associate chair in the Department of Electrical and Computer Engineering.

Dan Fuhrmann (ECE chair), recommended Archer because of his long history of teaching EE3010, a service course primarily populated by other engineering majors.

Besides being very large (enrollment was 193 last fall), students tend to find the material difficult and perceive it as not directly related to their major. Despite these challenges, Archer earned an “Excellent Teacher” rating of 4.36 on a 5 point scale.

Fuhrmann wrote, “In addition to this traditional teaching assignment, Glen also teaches students in a wide variety of less formal venues. Glen serves as a mentor to two Enterprise groups. He has been a long-time advisor of Blue Marble Security. Recently, as an overload, he enthusiastically embraced adding the Robotics Systems Enterprise and has already grown membership in that enterprise from five to 30 students.

“Glen also leads departmental efforts to assemble course offerings and the binder process for the department. He also assigns and mentors the graduate teaching assistants in ECE, and has been known to have them to Thanksgiving dinner at his home in some years.

“But when asked about his favorite parts of teaching, it’s his mentorship of his Enterprise students, especially as they lead a substantial outreach program in ECE. Through Summer Youth Programs, Upward Bound and other programs, Archer’s team hosts hundreds of pre-college students annually. Glen says he ‘couldn’t be prouder’ of the work these teams are doing. He also cites a recent win and third place finish in international competitions for the Blue Marble Security team.

“Finally, Glen measures his success by ‘hearing from students that what they learned in EE3010 was useful in their senior design projects. That’s what helps me get up in the morning.'”

Fuhrmann says “I think that Glen is terrific, and I don’t know what I’d do without him.”

But given Archer’s student focus, perhaps the best endorsement in his unique teaching capacity comes from a Reddit.com review by an anonymous student. “I’m not an EE so I had him for circuits for non believers, and man is he funny. He is also super helpful. He sets up online help groups, encourages participation, suggests going to his hours, and suggests going to the help center. He’s a really good professor and teaches the material well.”

Archer will be recognized at an end-of-term luncheon with 11 other showcase members, and is now eligible for one of three new teaching awards to be given by the William G. Jackson Center for Teaching and Learning this summer recognizing introductory or large-class teaching, innovative or outside the classroom teaching methods, or work in curriculum and assessment.